As US troops leave Afghanistan and Taliban prisoners are released, only the UN Security Council appears unanimous in support of the move. 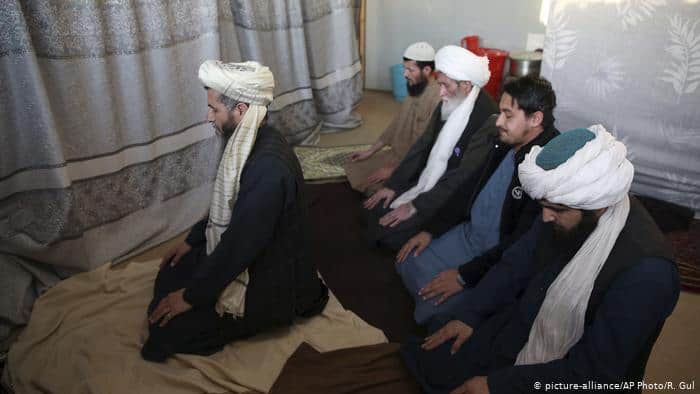 Yesterday, a convoy of Taliban vehicles made their way to the north of the Afghani capital Kabul in order to collect 5000 Taliban fighters from the Parwan Detention Facility. This was not a plot for a daring escape, it was the inevitable result of the US-Taliban peace agreement, signed in Doha on February 29.

While the Taliban convoy maneuvered the mountainous roads north of Kabul, far away in New York City, the United Nations Security Council unanimously approved a resolution endorsing the peace agreement.

Although no one in the convoy expected to return home with more than a hundred of their compatriots, the convoy did intend to signal that the Taliban was expecting the terms of the deal to be upheld to the letter.

A day earlier, and 80 kilometers south, two different presidential candidates had taken the oath to become president of the country.

Presidential candidate Abdullah Abdullah swore himself in watched by a large crowd of supporters, while foreign diplomats and national officials gathered in the Presidential complex where Ashraf Ghani was about to do the same.

Al Jazeera reported that, as both men delivered their inaugural speeches, several rockets struck the presidential complex, landing not far from Ghani’s lectern.

Not long after the twin inaugurations were complete, Ashraf Ghani signed a decree that would free 1500 Taliban prisoners over a span of 15 days, while the Taliban and National government officials continued negotiations.

If satisfactory progress is made and the Taliban limits violent acts, a further 500 Taliban prisoners will be released every two weeks, up to 5000, as stipulated in the US-Taliban agreement. The Taliban is not a monolithic group and it sees the prisoner exchange as a way to show its rank-and-file that progress is being made.

On Wednesday, March 11, a Taliban spokesman told Reuters the conditional release order violates the agreement with the United States: “It is properly explained in the peace accord that first 5,000 prisoners would be freed and then the Afghan dialogue would be initiated.”

As US forces begin their withdrawal, the peace deal is being criticized by both supporters and opponents of the current administration occupying the White House.

Salon reports that even though Taliban leadership was able to fully evaluate the deal, the Trump administration classified important sections of the deal, blocking American lawmakers from accessing the entire agreement.

The US Secretary of State was criticized for the deal when compared to his earlier remarks on prisoner exchanges during the administration of former US president Barack Obama.

“This is the same Pompeo who criticized Obama’s administration for swapping five Taliban militants for Army Sgt. Bowe Bergdahl. Now we are talking five times a thousand and all of a sudden, it’s OK.” a retired military officer told The Daily Beast.

“If society is torn apart and women pushed to the margins, it is more likely that terrorists will find a haven.” former Secretary of State, Hillary Clinton said on Tuesday, lambasting the agreement over its failure to safeguard rights for women. “There can be no sustainable peace without women’s participation and rights.”

While both Afghanistan and the United States remain internally divided over the agreement, Russia is jockeying for increased influence with the Taliban after US forces leave.

Appearing to want to drive a wedge between the negotiating parties, Russia’s envoy to Afghanistan, Zamir Kabulov highlighted US airstrikes on Taliban forces last week, telling Bloomberg Media: “If the U.S. genuinely wants to bring the peace process to a logical conclusion, a cease-fire, and inter-Afghan dialog, they shouldn’t act in this way.”

As Afghani and Taliban officials meet for negotiations, and American forces continue to leave the country, much is left uncertain about Afghanistan’s future.

Read also: Chaos in Kabul After Gunmen Open Fire at Memorial for Second Year in a Row