Part 1 – Who are George Floyd and Christian Cooper?

George Floyd was a ‘gentle giant’ and former high school footballer, looking to eke out a living in Minneapolis. Christian Cooper is a Harvard graduate, and keen bird watcher from New York city. 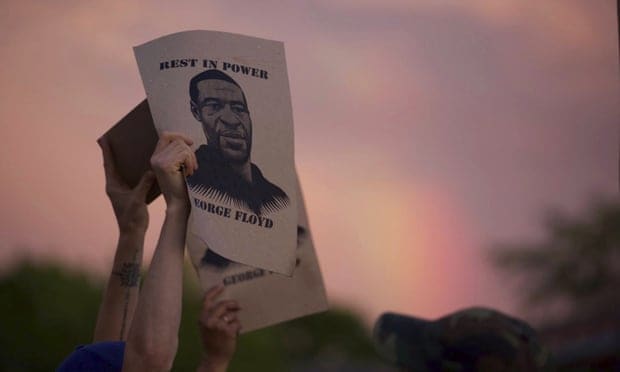 George Floyd died after a police officer jammed a knee into his throat for seven painful minutes during an arrest for a non-violent crime, until 46-year-old Floyd suffocated.

Christian Cooper was caught up in an ugly incident in a wild part of New York’s Central Park, where a white woman called the police on him after he politely requested that she leash her dog, as per park rules.

They both led very different lives, in different parts of America. One is now quietly getting on with life, while the other lies dead, mourned by friends, family, America, and the world.

Both of them are African-American men.

Part 1 – Who was George Floyd?

George Floyd was a quiet man whose friends described him as a “gentle giant” and a “beautiful spirit.” Originally from Houston, Floyd moved to Minneapolis in 2014 on the hunt for a job and a fresh start after a stint in jail.

Floyd’s brother, Philonise told CNN “knowing my brother is to love my brother.”

“He’s a gentle giant, he don’t hurt anybody,” a sad and angry Philonise said, in an interview on Tuesday, where he called for the four officers involved in his brother’s death to be charged with murder.

Floyd was raised in Houston’s Third Ward, a predominantly black neighbourhood, and excelled in high school football thanks, in part, to his athletic 6 foot 6 inches frame. Childhood friend Donnell Cooper fondly remembers Floyd’s football days at the Jack Yates High School, and explained that, after some trouble with the law, his friend moved to Minneapolis in search of a fresh beginning.

“He was looking to start over fresh, a new beginning,” Harris told the Associated Press. “He was happy with the change he was making.”

Retired NBA player Stephen Jackson, another childhood friend said Floyd “knew he had to relocate to be his best self.”

“The difference between me and bro was I had more opportunity than he did,” Jackson wrote on Instagram following Floyd’s death.

“Two things we have in common both from the bottom and both of our names will live forever.”

Floyd died with a police officer’s knee jammed on his neck, pleading for him to stop, saying “I can’t breathe.” Minneapolis Police say he tried to resist arrest for an attempted forgery at a local grocery store, but a video filmed by onlookers shows a helpless Floyd struggling to breath before losing consciousness under the weight of the policeman’s hold.

“It breaks my heart, he was murdered by a helper,” Dr. Waynel Saxton, Floyd’s second grade teacher told US news channel ABC13.

Floyd’s death has sparked a wave of violent riots and protests in Minneapolis, and other cities across the United States.

In the early hours of this morning (local time), a police station, and half a dozen other buildings in Minneapolis’ Third Precinct were torched by protesters who riot police dispersed using pepper spray and batons. A CNN news crew, including black reporter Omar Jiminez was also arrested and detained for a short period, an act the news channel called “a clear violation of their (the news crew’s) First Amendment rights.”

Click the link below to read Part 2 – Who is Christian Cooper?

Read also: Part 2 – Who are George Floyd and Christian Cooper?