Part 2 – Who are George Floyd and Christian Cooper?

George Floyd was a ‘gentle giant’ and former high school footballer, looking to eke out a living in Minneapolis. Christian Cooper is a Harvard graduate, and keen bird watcher from New York city. 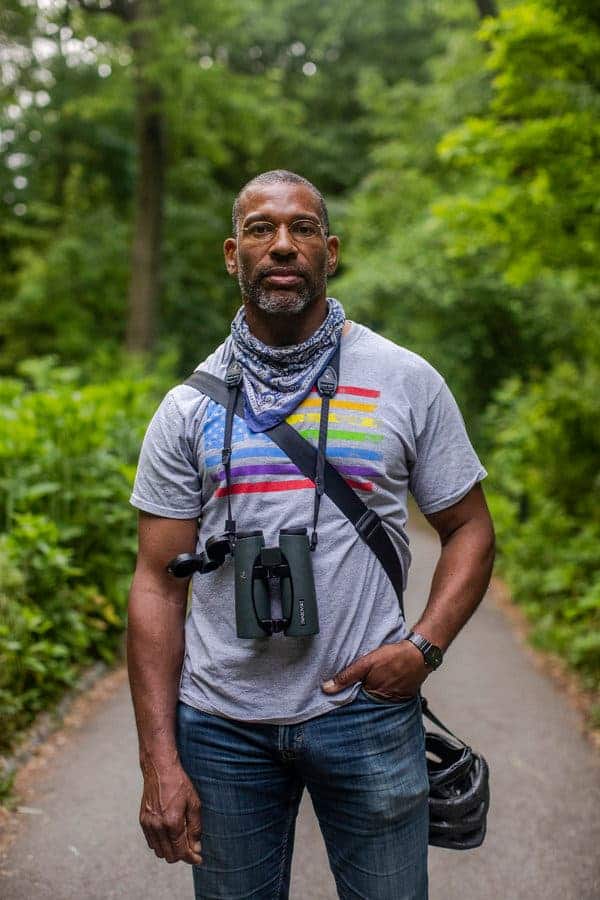 George Floyd died after a police officer jammed a knee into his throat for seven painful minutes during an arrest for a non-violent crime, until 46-year-old Floyd suffocated.

Christian Cooper was caught up in an ugly incident in a wild part of New York’s Central Park, where a white woman called the police on him after he politely requested that she leash her dog, as per park rules.

They both led very different lives, in different parts of America. One is now quietly getting on with life, while the other lies dead, mourned by friends, family, America, and the world.

Both of them are African-American men.

Part 2 – Who is Christian Cooper?

Christian Cooper is a 58 year old Harvard graduate and former Marvel comic writer who now works as biomedical editor for Health Science Communications. Cooper, a keen birder, spends a lot of his spare time in a semi-wild, protected part of Central Park called the Ramble, where he came across Amy Cooper (no relation) at the weekend.

A video of the encounter, and the verbal altercation that followed, filmed by Christian has gone viral. Amy Cooper was walking her dog off-leash in the Ramble, a clear contradiction of park rules.

Christian asked her to leash it then used some dog treats to lure the dog towards him, in an attempt to encourage Amy to leash it. Instead, she lashed out and he started filming the ensuing argument.

In the clip, after Amy Cooper asks Christian to stop filming, while holding her dog by the collar‒ effectively choking it ‒she pulls out the phone and threatens to call the police if he does not stop videoing.

“I’m going to tell them there’s an African American man threatening my life,” an angry Amy Cooper tells Christian before dialing the police.

“There’s an African American man, I’m in Central Park, he is recording me and threatening myself and my dog. … Please send the cops immediately!” an increasingly distressed sounding Amy yells into her phone at the police operator, who believed her and dispatched a patrol to the area.

Christian Cooper walked away before the police arrived and has since been hailed by some as a ‘survivor’ of an incident that, in the light of George Floyd’s death, could also have ended in tragedy. What is clear, is that Amy Cooper knew exactly how to use her white privilege against a black man.

The incident has been costly for Amy, who despite apologising has lost her job and surrendered her dog to the charity she adopted it from. She has been publicly shamed, and the subject of a social media pile-on that has become all too familiar in the last decade. For his part, Christian accepts her apology but told the New York Times (NYT) he had no desire to meet with her and reconcile face to face.

“Any of us can make – not necessarily a racist mistake, but a mistake,” he told NYT.

“And to get this kind of tidal wave in a compressed period of time, it’s got to hurt. It’s got to hurt. I’m not excusing the racism, but I don’t know her life needed to be torn apart,” Christian added.

In an interview on May 26, Christian told National Public Radio (NPR)  he was “100%” alert to the fact his bird watching activities could be easily misconstrued due to his skin colour.

“It has occurred to me many times that I, as an African American, crouching down and peering through a shrub with a metal object in my hand will be perceived by authorities likely completely differently than a white birder doing exactly the same thing when we’re both trying to do the same thing, which is see that rare bird that’s, you know, hidden in that shrub,” he acknowledged.

“You know, the simple fact of my skin color means that I run the risk of being perceived as a menace or a threat despite the fact that I’m doing the exact same thing as anybody else in that park.”

Apart from being an avid twitcher, Christian is a trailblazer who worked as an editor and comic writer at Marvel, where he created Yoshi Mishima, “Star Trek’s” first gay human character.

In many ways, Cooper and Floyd’s lives could not be more different, but throughout both of their lives they have been subject to harassment and racism for being black men in America. It is shocking that it has taken a fatal incident, in George Floyd’s death, to reignite the anger and national conversation around racism in America. All we can hope is that the story of Cooper and Floyd can help pave a path towards equality and safety for African Americans.

Read also: Part 1 – Who are George Floyd and Christian Cooper?