New Energy for the MENA Region: The Future Looks Green

Does Hydrogen have the potential to replace hydrocarbons as a source of income in the Middle East and North Africa? 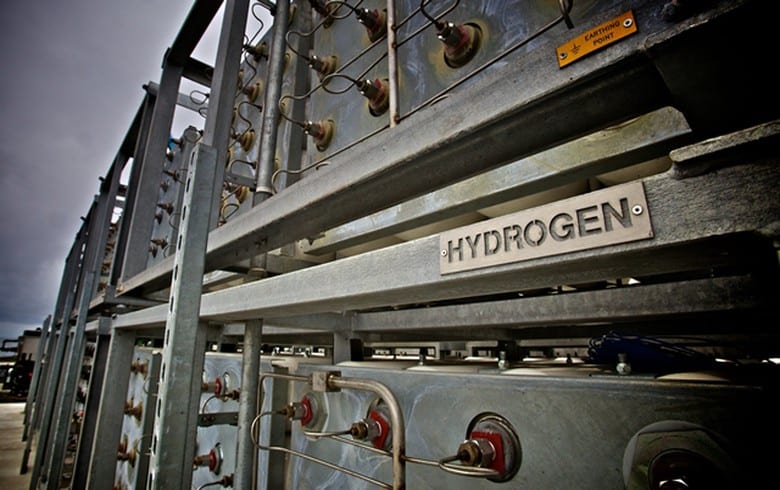 Difficult times are ahead for producers of hydrocarbons such as oil and gas—that is the impression current news about plummeting oil prices might give.

Combined with global efforts to reduce greenhouse gas emissions, it appears to be a bad time for countries that depend on this industry.

The MENA region holds over half of the world’s oil and gas reserves; therefore, it can be expected the region would be worst hit by the current fall in oil prices and global developments in the energy market.

Yet, at the World Future Energy Summit 2020 in Abu Dhabi last January, opinions were optimistic.

This optimism was not based in a hope that oil price would remain high forever, or that the energy transition might not happen. Instead, industry-experts at the summit were in a good mood exactly because of the potential the energy transition holds for countries in the Middle East and North Africa.

This optimism stems from an inescapable fact: A ‘green’ future will demand more electricity than ever, and MENA countries are perfectly situated to produce that energy in a sustainable way.

Diversifying economies away from hydrocarbon production has not resulted in many tangible results so far. Most Gulf states have poured billions into wind parks, solar installations, and other nifty green tech. But low oil prices post-2014 have made these solutions ineffective, if not inefficient.

But a new form of energy is just around the corner, and it is called Hydrogen.

Hydrogen and the MENA region: a perfect marriage

Royal Dutch Shell, a multinational heavily invested in oil and gas production, calls Hydrogen ‘one of the most abundant elements in the universe.’

Hydrogen can be produced from several sources, including using traditional gas, renewable biogas, or methane, as well as applying solar and wind technology to produce the pure form required for energy use.

Hydrogen solves one of the most pertinent problems with solar and wind technology: Energy storage.

Because electricity storage is still in its infancy, most energy created by solar or wind technology needs to be used as soon as it is produced. This means that when there is little sun or wind, there is no electricity without relying on hydrocarbons like coal, oil, or gas.

The promise of Hydrogen has already resulted in the installation of Hydrogen fuel stations in Germany and the rapid development of Hydrogen-powered cars by major car manufacturers.

The reason that Hydrogen is perfectly suited to benefit the MENA region lies in the means of storing and transporting the fuel.

Hydrogen can be converted to ammonia and shipped across the world in similar ways that oil and gas tankers now do, making it a great replacement for current exports by Gulf countries.

For North Africa, pipelines to Europe can create a steady and sustainable source of income as solar and wind energy complement production and hydrogen can be transported through existing natural gas pipelines.

European partners are keeping a close eye on developments, with the Executive Vice President-Designate of the European Commission, Frans Timmermans, stating:

“In my dreams, we would create a partnership with Africa, especially North Africa, and we would help install a huge capacity of solar energy in Africa and transform that energy into hydrogen. Then we would transport that hydrogen to other parts of the world and Europe, through existing means that we already have. It is not that difficult to change the pipelines you now use for gas into hydrogen. It’s not that difficult to use LNG terminals for hydrogen.”

Morocco is leading the way through its Institut de Recherche en Energie Solaire et Energies Nouvelles (IRESEN), where the production and transport of green hydrogen is being researched at a promising pace.