The Israeli Ministry of Health has confirmed 109 COVID-19 infections and quarantined more than 32,000 people. 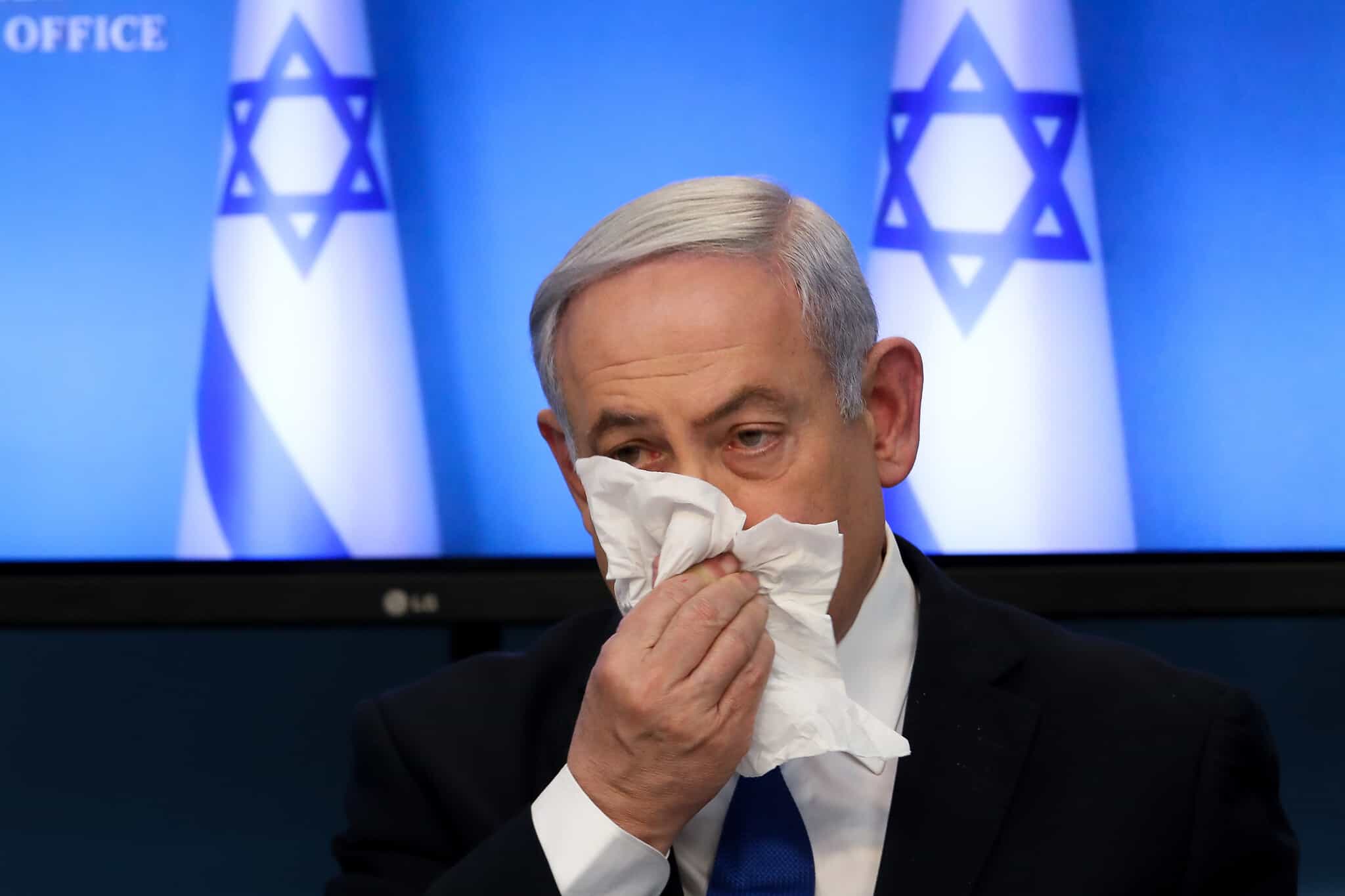 Israeli Prime Minister Benjamin Netanyahu has closed schools and universities and called for the immediate formation of an emergency government to combat the novel coronavirus (COVID-19) outbreak.

In a televised broadcast on the evening of Thursday, March 12, Netanyahu announced the government must be reformed “in order to save the lives of many Israeli citizens.”

“I call for the formation of an emergency government for a specific period, starting this evening,” he stated. “Let’s leave politics aside, we can return to it later.”

The primary elections on March 2 failed to grant the sitting PM the 61 seats needed to form a government.

Meanwhile, his main rival and leader of the Blue-White party, Benny Gantz, has sought in recent days to form an alliance.

Gantz supported Netanyahu’s call for the immediate formation of an emergency government to respond to the coronavirus.

Israel’s efforts to fight the spread of COVID-19 in the country include banning foreigners from entering Israel, with the exception of those who can confirm that they can remain in isolation for two weeks.

The Chief Rabbinate of Israel called on believers to respect the directions of the authorities as if it was a “religious duty.”

The economic impacts of the novel coronavirus have already shocked the world, triggering a drop in oil prices, stock market crashes, and drastic setbacks in trade and investments. However, it will take a few months to f see the full extent of the fallout.

The global tourism industry is also expecting losses between $30 and $50 billion, according to the World Tourism Organization (UNWTO), due to travel restrictions and the widespread fear of flying or traveling by boat.

Airlines and hotels are already suffering from cancellations.

The World Health Organization (WHO) officially labeled the novel coronavirus outbreak as a global pandemic on Wednesday, March 10.

COVID-19 has spread to every continent, with more than 134,000 confirmed cases. Meanwhile, the global death toll has risen to 5,000. However, close to 70,000 patients around the world are reported to have recovered from the virus.