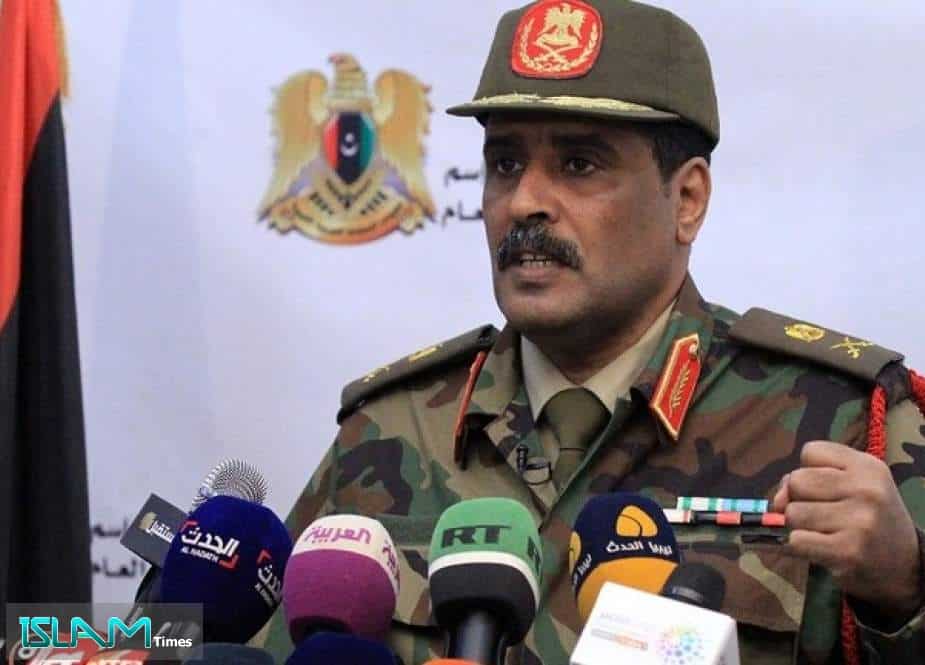 Libyan National Army (LNA) spokesman Major General Ahmed al-Mesmari alleged in a press conference held in the Egyptian capital, Cairo, on March 15 that Turkey is transporting about 400 terrorists to Libya on a daily basis in order to assist militias operating under orders of Fayez al-Sarraj’s Government of National Accord (GNA).

Al-Mesmari stressed that General Khalifa Haftar’s LNA is committed to expelling the mercenaries and Turkish forces from Libya, pointing to the presence of experts and military officers among them.

He also reported that LNA military operations resulted in the deaths of Turkish military personnel, confirming that Haftar’s forces “targeted the Turkish forces in Maitika.”

Al-Mismari said on March 12 that Turkish interference in the Libyan crisis is not a recent matter.

The Turks have been physically present in the country since 2014, he said, either by supporting terrorist organizations and providing aid to their members or by transporting supplies and weapons. Qatar has also been involved in these maneuvers, Al-Mismari added.

What changed on April 4, 2019, according to the LNA spokesman, was Ankara making its involvement in the conflict public, defying international law and UN Security Council resolutions.

Al-Mismari stated that Turkey does not support the UN-backed GNA, but rather supports the Muslim Brotherhood in Libya allied with foreign extremist organizations such as Al Qaeda and ISIS.

“Ankara does not operate in a clear political framework,” he said.

Turkish President Recep Tayyip Erdogan and the Muslim Brotherhood are two sides of the same coin, he continued.

Al-Mesmari stressed that “Erdogan is responsible for terrorism in Europe. He leads terrorists in Tripoli and promotes rumors before the Berlin conference.”