The anger on the streets of Beirut was palpable last night as fed-up citizens protested the country’s currency collapse, clashing with riot police and setting fire to billboards, barricades, and banks. 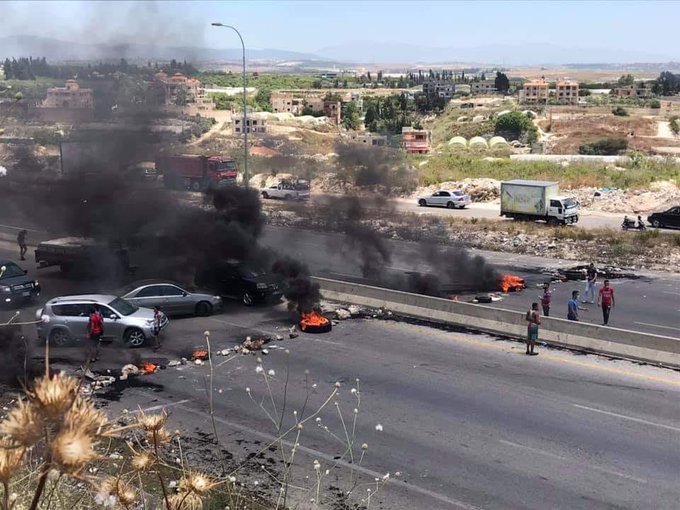 Violent skirmishes with security forces and arson punctuated last night’s demonstrations and, amid calls for calm, triggered an emergency cabinet meeting on the morning of Friday, June 10.

A major motivator behind yesterday’s protests were reports of a dramatic currency devaluation reaching 7,000LL per USD. Many analysts/protestors echoed this in press yet claim seems to be unsubstantiated as markets trading around 5k for the last two days: https://t.co/1h2ZKLoaoY https://t.co/6Dpt09uoXn

The dramatic plunge represents a 25% depreciation in the Lebanese pound in just two days.

The pound has lost 70% of its value since protests kicked off last October and is heading into uncertain territory as neighboring Syria’s currency has also spiraled out of control in recent days, ahead of a fresh round of economic sanctions.

The cost of living has risen exponentially, dollars are scarce, and, as the recent drop shows, the government’s efforts to stabilize the currency have so far failed.

In response to the raging protests, Diab called an emergency cabinet meeting on Friday morning. In attendance was controversial Central Bank Governor Salameh, who many believe is responsible for mishandling Lebanon’s foreign currency reserves and the exchange rate.

Speaking after an additional meeting between himself, Diab, and President Michel Aoun, Speaker Nabih Berri ruled out sacking the Central Bank governor.

“It was agreed with President Aoun and PM Diab to lower the dollar exchange rate as of today to below LBP 4,000 and gradually to 3,200, but the results will not begin appearing before Monday,” Berri announced on Friday afternoon.

Berri added the ruling triumvirate will be “addressing the International Monetary Fund with a unified language,” referring to the ongoing negotiations with the IMF over a bailout triggered by Lebanon’s sovereign debt default, and ensuing economic deterioration.

“Citizens in a State,a new political party which has gained a large following during the October revolt, rejected the government’s announcement and instead called for more protests on Saturday.

Citizens in a State, backed by a coalition of 20 civil society movements, parties, and unions, is calling for Diab’s administration to be replaced by a transitional government with exceptional powers to drag the country out of the economic and political crisis it is now mired in.

Protestors set up roadblocks and tents amid last night’s fury, indicating they are again in for the long-haul after a COVID-19-enforced break. Hezbollah and Amal supporters, who were behind last weekend’s unsettling sectarian violence, also rushed to join last night’s protests, according to Lebanese journalist Luna Safwan.

“With Hezbollah and Amal supporters joining the protests tonight, it seems that there’s a plan to take down the cabinet. Back to October 17th 2019,” Safwan tweeted last night.

The streets of Beirut, Saida, Jal el Dib, Tripoli, Zouk, and many other cities filled with major demonstrations for the first time since the October 17 uprisings that brought down ex-Prime Minister Saad Hariri.

There was nothing to be seen of the sectarian clashes that punctuated demonstrations on June 6, with large moped-convoys of residents from majority-Shia suburbs joining the protests shouting, “Shia, Sunni, F*ck sectarianism.”

In Beirut, law enforcement was minimal, and protestors set a massive bonfire directly in front of the country’s seat of government. Protestors set a branch of the Central Bank alight in Tripoli, along with tire barricades, billboards and other buildings. When riot police did try to disperse demonstrators in downtown Beirut, young men pelted them with rocks and fireworks, screaming “the riot police are sons of b**.”

Big protests in Beirut with a feeling on the streets similar to many months ago.

Common interest seems to be trumping anything else right now. https://t.co/gzZcdUipOT

The currency crash has reduced first responders’ wages to a pittance, and like the protestors they are supposed to control, police and fire crews are growing tired of the declining economic situation.

“Why do you destroy shops and things and attack us security forces—do you think we’re happy? Go and f****** break that wall or go to the politicians’ houses,” a police officer told Al Jazeera as he stood by, watching protestors tear down a barrier set up to protect Parliament.

“In the end we are with you and we want the country to change. Don’t you dare think we’re happy. My salary is now worth $130,” the officer added.

The Civil Defence, whom the fire brigades fall under, later told local news channel LBCI they did not fight the many of the fires around Beirut, because they had no diesel to run their fire trucks—just another consequence of Lebanon’s economic implosion.

The government — under intense pressure from protestors, the currency collapse, COVID-19, and Lebanon’s unenviable economic situation — will be waiting on tenterhooks to see what eventuates tonight, and if the protest movement maintains momentum. 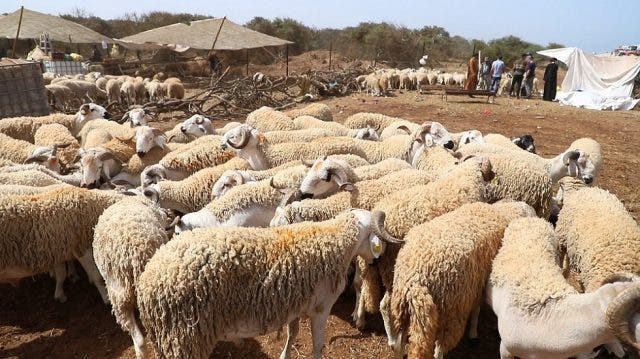