On Friday, Khashoggi's son tweeted that he and his family pardon the people who killed the journalist and regime critic inside the Saudi Arabian consulate in Istanbul last October. 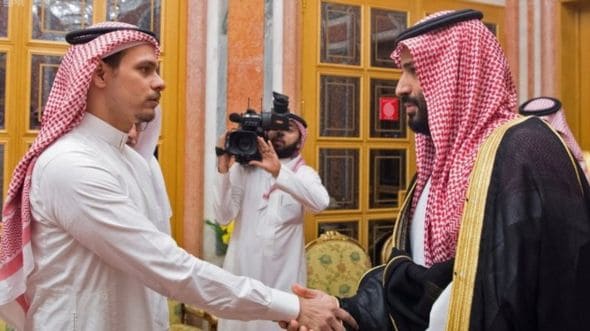 Salah Khashoggi, one slain journalist Jamal Khashoggi’s sons who lives in Jedda, Saudi Arabia said that he and his siblings forgive their father’s murders in a tweet on Friday. Hours later, Khashoggi’s Turkish fiancé Hatice Cengiz hit back, tweeting “no one has the right to pardon his killers.”

According to Turkish prosecutors, Khashoggi was lured into the Saudi Consulate in Istanbul on October 2, 2018 and brutally murdered by Saudi agents before his dismembered body was disposed of, never to be found.

The crime caused global outcry, soured relations between Riyadh and Ankara, and caused the rift between Khashoggi’s children and his Turkish fiancé that is currently being played out via Twitter.

Salah Khashoggi, who has allegedly received a house and monthly compensation payments as restitution for his father’s killing, tweeted the family pardon on Friday May 22.

“In this blessed night of the blessed month [of Ramadan] we remember God’s saying: If a person forgives and makes reconciliation, his reward is due from Allah,” the tweet read.

“Therefore we the sons of the Martyr Jamal Khashoggi announce pardoning those who killed our father, seeking reward God almighty.”

Salah’s tweets coincided with the holy night of Laylat al-Qadr, the Night of Power or Night of Decree, when Muslim’s commemorate the revelation of the Quran with extra prayers, acts of supplication, remembrance and giving. It is a time of generosity and seeking God’s mercy, and, under Islamic law observed in Saudi Arabia, death sentences can be commuted following a family pardon.

Khashoggi’s Turkish fiancé has however, rejected Salah’s pardon, affirming she will not stop fighting to get “justice for Jamal,” who entered the consulate to collect their marriage documents when he was murdered.

“Jamal Khashoggi has become an international symbol bigger than any of us, admired and loved. His ambush and heinous murder does not have a statute of limitations and no one has the right to pardon his killers,” Cengiz tweeted on Friday.

Saudi Arabia has maintained that Khashoggi was killed by a “rogue operation,” and sentenced five unnamed men to death for their part in his murder, after a what many regarded as a sham trial in December 2019. On March 25, 2020 an Istanbul court indicted 20 Saudis for the Washington Post journalist’s murder.

A UN investigation revealed that high-level Saudi officials, right up to Crown Prince Mohammed bin Salman (MBS) orchestrated the killing. MBS has denied the findings but said he accepted, “full responsibility as a leader in Saudi Arabia, especially since it was committed by individuals working for the Saudi government”.