Tensions between Saudi Arabia and Turkey have moved online, with Saudi authorities and now Turkey blocking access to one another’s state-run news agencies. 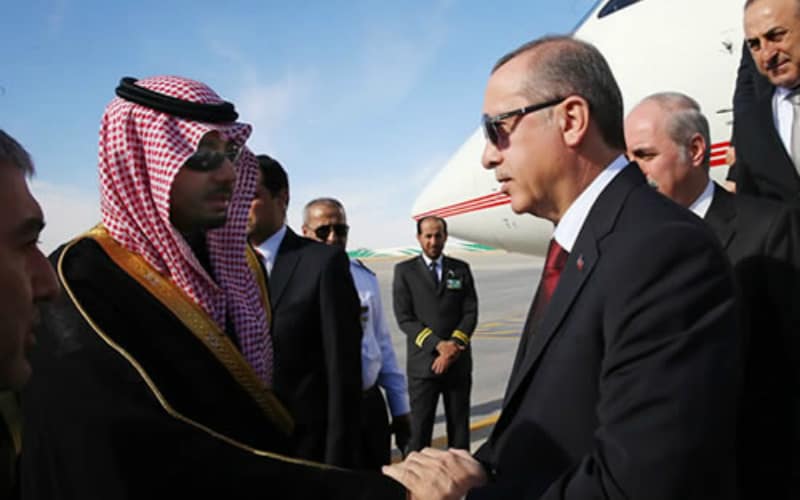 A week after the Saudi Arabian government blocked its citizens’ access to Turkish state-backed news agencies TRT World and Anadolu Agency, the Turkish government has reciprocated.

Turkish internet users trying to access the state-run Saudi Press Agency (SPA), the UAE’s WAM news outlet, or any of ten other sites associated with the two countries will find they are now blocked.

The Turkish website for the Independent, a newspaper partly owned by a Saudi company, has fallen foul of the latest development in Turkey and Saudi’s tit-for-tat information war.

Speaking about his paper’s website being taken down, the Independent’s Turkey editor, Nevzat Cicek, said the ban was political and a “retaliation against Saudi Arabia” for taking down Anadolu and TRT.

“We believe the tensions between Saudi Arabia and Turkey reflected on us,” Cicek told Reuters on April 19.

On March 25, tensions between Saudi Arabia and Turkey were further provoked when an Istanbul court indicted 20 Saudis for the murder of journalist and regime critic Jamal Khashoggi.

According to Turkish prosecutors, Khashoggi was lured into the Saudi Consulate in Istanbul on October 2, 2018 and brutally murdered by Saudi agents before his dismembered body was disposed of, never to be found. The killing caused a global outcry and soured relations between Riyadh and Ankara.

Both Saudi Arabia and Turkey have become experts in employing social media, particularly Twitter, to push their agendas. Twitter itself identified and removed over 5,000 Saudi and Egyptian accounts accused of pushing messages critical of Turkey, Iran, and Qatar in April, while Turkey has long used Twitter as a tool for attacking its enemies, favoring removal requests as its modus operandi.

The most recent Twitter data, published in May 2019, showed “74% of the total global volume of legal requests to remove content originated from only two countries: Russia and Turkey.” During the period of January-June 2019 Turkey submitted a massive 6,073 removal requests to Twitter, compared to countries such as Saudi Arabia, Iraq, and Iran who all submitted just one removal request during the same period.

As Turkish forces launched a fresh offensive in Syria in late 2019, an avalanche of pro-Turkish military propaganda pervaded Twitter. A closer look at the posts in question revealed they used old stock photos that did not even feature Turkish soldiers but were from conflict zones around the world.

The CEO of misinformation investigation company VineSight Gideon Blocq found the posts were part of a pattern of “inauthentic behavior,” leading him to tell the Associated Press, “one can conclude that these automated accounts are there to push content.”