Esmail Ghaani spoke with Iraqi politicians about the formation of a new government, reflecting a u-turn from Soleimani’s leadership policy. 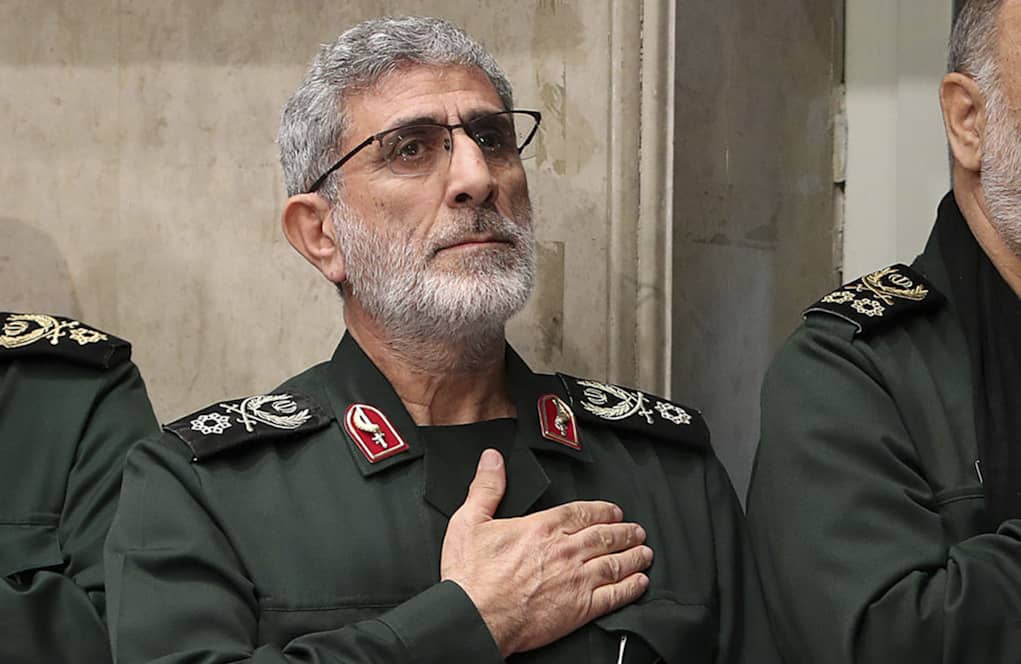 Commander of the Iranian Revolutionary Guards Quds Force Esmail Ghaani arrived in Baghdad on March 30. Ghaani made the visit in an attempt to unite Iraq’s fractured political leadership, Iraqi officials announced on April 1. Fierce opposition from a major Iraqi bloc has thwarted attempts by the country’s prime minister to form a new cabinet.

The visit was his first official public visit to Iraq. The commander assumed his new role after Qassem Soleimani was killed in an American air strike.

He arrived at Baghdad airport amid a curfew that was implemented on March 16 to slow the spread of the novel coronavirus, which has resulted in suspended travel to and from the country.

Upon arrival in Baghdad Ghaani left the airport under heavy guard in a convoy of three armed vehicles.

The visit comes amid doubts about Ghaani’s ability to reach a consensus in the sharply divided Iraqi political scene, especially bearing in mind his weak Arabic language ability and his lack of personal relationships with significant players on Iraq’s political scene.

In contrast to Soleimani, who was known for his ability to bring the fiercest rivals in Iraq together, Ghaani’s position could be see as precarious. Soleimani made several visits to the Iraqi capital to unify political factions a during time that was characterized by political paralysis.

“This is his first test to see whether he will succeed in unifying the Shiite position as Soleimani did,” said a senior Shiite political official, reports Haaretz.

At the same time, low oil prices and financial losses from the coronavirus pandemic have caused severe damage to the Iraqi economy.

Without Soleimani’s “charisma”, political analysts said, Iran will have to change tactics to bring the Iraqi Shiite parties to heel.

“Iran is still powerful and (Ghaani) will have to rely on threats to try and find some way to bring back the massive fragmentation that is Iraqi elite politics today…Carrot and stick rather than managing networks,” said Renad Mansour, a senior research fellow at Chatham House in London.

“There are too many people who feel entitled to a piece of the pie,” said Mansour

The Al Fateh bloc in the House of Representatives, which came second after the Saeron bloc during the May 2018 elections, strongly opposes Prime Minister Designate Al Zarfi.

The bloc, headed by Hadi Al Amiri, consists of Iran-backed parties allied to the militia of the Popular Mobilization Forces.