Iran shrugged off a US warning and said its navy vessels will continue operations in the Persian Gulf, according to state news agency ISNA. 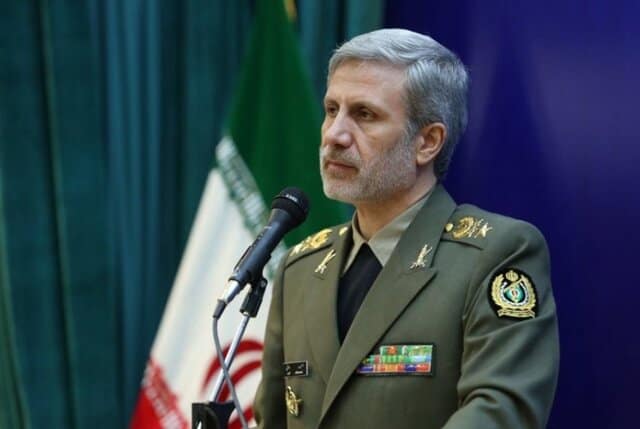 The tit-for-tat rhetoric from the US and Iran over naval activities in the Arabian Gulf continued today with Iran’s defense forces saying they will continue to run missions in the contested maritime zone, in spite of the latest US warning.

“The naval units of the Islamic Republic of Iran in the Persian Gulf and the Gulf of Oman will continue their regular missions in accordance with professional principles as in the past,” an unnamed Iranian military official told state-sponsored ISNA on May 20.

Iran’s Defense Minister Brigadier General Amir Hatami responded by warning the US not to interfere with oil tankers bound for Venezuela, saying any harassment would “amount to piracy.”

“The US and other countries know that we will react to the issue without any doubt and if the trouble continues and intensifies, it will be met with Iran’s unwavering and crushing response,” Hatami said in another statement carried by ISNA.

Iran’s counter-threats come a day after the US Naval Forces Central Command renewed warnings for all Gulf mariners to keep their distance.

“Due to recent events, in order to enhance safety, minimize ambiguity, and

reduce opportunities for miscalculation, all vessels are advised to maintain a safe distance of at least 100 meters from U.S Naval vessels in international waters/straits,” the navigation warning for the Arabian Sea, Gulf of Oman, and Persian Gulf stated.

“Armed vessels approaching within 100 meters of a U.S. Naval vessel may be interpreted as a threat and subject to lawful defensive measures,” the notice said.

US Naval Forces Central Command reiterated that the navigation warning was not evidence of a change in its rules of engagement, but “designed to enhance safety, minimize ambiguity and reduce the risk of miscalculation.”

Tensions have been running high in the Arabian Gulf ever since the US and Iran authorized their naval ships to destroy opposing vessels if harassed, in late April. A Tweet from US President Donald Trump sparked the escalation and triggered an aggressive response from the chief of Iran’s Revolutionary Guards (IRGC), General Hossein Salami, who promised “swift, strict, and effective” action against any US vessels it deems threatening.

The initial outpouring of threats and counter-threats came after 11 Iranian vessels “repeatedly conducted dangerous and harassing approaches” to US Coast Guard ships in the international waters of the Northern Arabian Gulf in mid-April. Such interactions between US and Iranian vessels were commonplace in 2016-2017, but had died down in the intervening years.

US-Iran relations have been strained ever since President Trump unilaterally pulled out of the Iran nuclear deal in May 2018 and re-imposed economic sanctions on the rogue nuclear state. The relationship grew more fractious in recent months after a US drone strike killed Iranian military commander Qassem Soleimani in January, and retaliatory airstrikes on an Iraqi base killed US troops.