A Tehran anti-corruption court sentenced an Iranian couple to death for money laundering and jailed another 32 on corruption offenses. 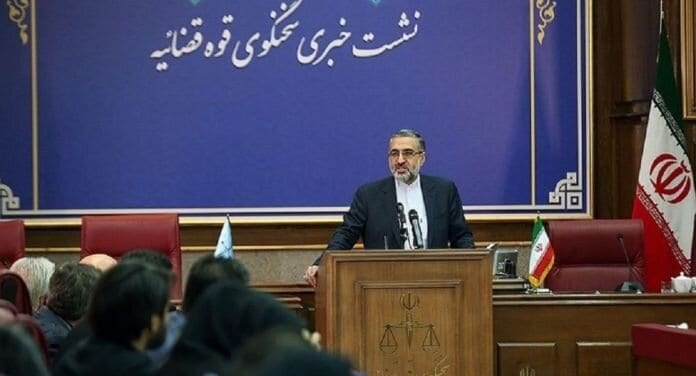 A special anti-corruption tribunal sentenced an Iranian couple, Vahid Behzadi and his wife Najva Lasheidaei, to death for money laundering and disruption of the foreign exchange, gold coin markets, and the automotive industry.

“[Behzadi and Lasheidaei] were sentenced to death for participating in disruption of the economic system through registering fake orders and an illegal exchange shop, and pre-purchasing more than 6,700 vehicles from Saipa Company and participating in money laundering amounting to 32,000 billion [rials],” Esmaeili said.

Under Iranian law, the couple has 20 days to appeal the decision.

Various former employees and the CEO of Saipa, an Iranian automaker, and two politicians were among 50 defendants who went before the anti-corruption court. “More than 40 people were indicted and 34 defendants were convicted in the court,” Esmaeili said.

Member of Parliament Mohammad Azizi and fellow politician Fereidoun Ahmadi were each sentenced to 61 months in prison. Their convictions are further evidence of the corruption that plagues Iranian politics and come just months after 90 potential candidates for the February parliamentary election were barred from standing, many over corruption concerns.

Aside from Saipa’s involvement in the corruption conviction, the Iranian car market has gone into free fall in the past two months. Car prices have jumped by 60%, and the massive increase seems to be just one of the many factors behind President Hassan Rouhani’s decision to sack Trade and Industry Minister Reza Rahmani on May 12.