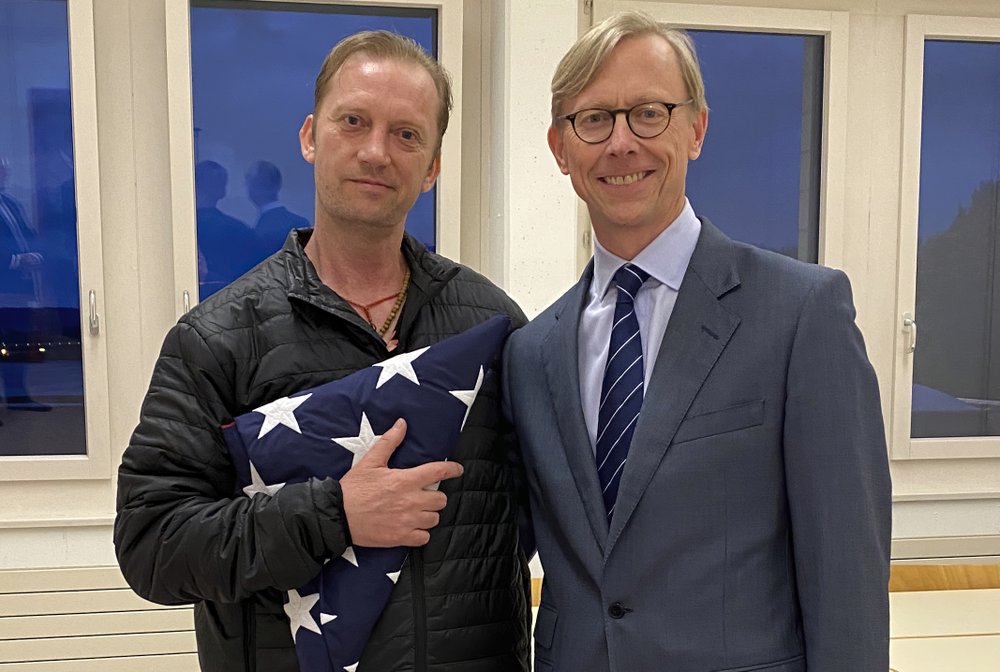 The United States Special envoy to Iran, Hook, lauded the deal as a win-win at a press conference at the mid-way point of White’s journey home.

“We were simultaneously able to secure the release of an American Navy veteran from an Iranian prison and accomplish our law enforcement objectives,” Hook told Fox News Channel from the tarmac in Zurich.

White said he was relieved to be released and recovering “pretty decently” from his time in Iranian jail, telling Fox News Channel, “I feel all right, and happy to be back.”

“I’m improving. I did contract coronavirus in the Mashhad central prison prior to going out on furlough.”

‘I’m getting a lot better as a result of the Swiss Embassy and all the efforts of the Trump administration,” a Hawaiian-shirt clad White told reporters.

For its part, the Swiss Embassy which represents the US in Iran, welcomed the “humanitarian gesture” behind the swap deal, adding it “stands ready” to assist in the future.

The successful deal is a boost for the embattled US President and he was quick to tweet about White’s return.

“So great to have Michael home. Just arrived. Very exciting. Thank you to Iran,” Trump fired off.

So great to have Michael home. Just arrived. Very exciting. Thank you to Iran. Don’t wait until after U.S. Election to make the Big deal. I’m going to win. You’ll make a better deal now! https://t.co/OGJU2VWBWq

Back in the United States, a judge in Atlanta, Florida agreed to a deal which enabled dual US-Iranian citizen Matteo Taheri to be sentenced to time served for sanction and banking violations.

“There are numerous foreign policy interests that are furthered by this particular sentence,” U.S. District Judge Leigh Martin May said.

Taheri pleaded guilty to the charges of violating US sanctions, but is not considered a security threat and is now free to remain in America or travel to Iran.

“The United States government and the government of Iran have been negotiating the release of a U.S. citizen held in Iranian custody. This case, and more specifically the sentence recommendation, is directly related to these negotiations,” Assistant U.S. Attorney Tracia King explained during Taheri’s June 4 hearing.

Taheri’s legal team said he was planning to take a long-awaited trip to Iran and visit his family, but would ultimately return to the United States.

Iran welcomed the deal, but used the breakthrough to again extend calls for the release of all Iranian prisoners in the United States.

“Pleased that Dr. Majid Taheri and Mr. White will soon be joining their families,” Foreign Minister Mohammad Javad Zarif tweeted on June 4. “Prof. Sirous Asgari was happily reunited with his family on Weds.”

“This can happen for all prisoners,” Zarif added.

“No need for cherry picking. Iranian hostages held in—and on behalf of—the US should come home.”

The deal also comes just days after Iranian scientist Sirous Asgari, referred to in Zarif’s tweet, was deported from the US back to Iran on June 3. State Department and Iranian officials said his release was not part of the deal, clarifying that his case was a separate matter.

The Iranian government has previously declared they are prepared for a full prisoner exchange but are waiting on a US response.

The successful swap-deal is a rare bright-spot for Iran-US relations and a win for quiet diplomacy. The relationship has been tense since Trump pulled out of the nuclear deal, and re-imposed sanctions in 2018. It was further inflamed this year by the US rocket-strike death of Iranian Quds Force chief Qassem Soleimani in January, and naval tensions in the Arabian Gulf. 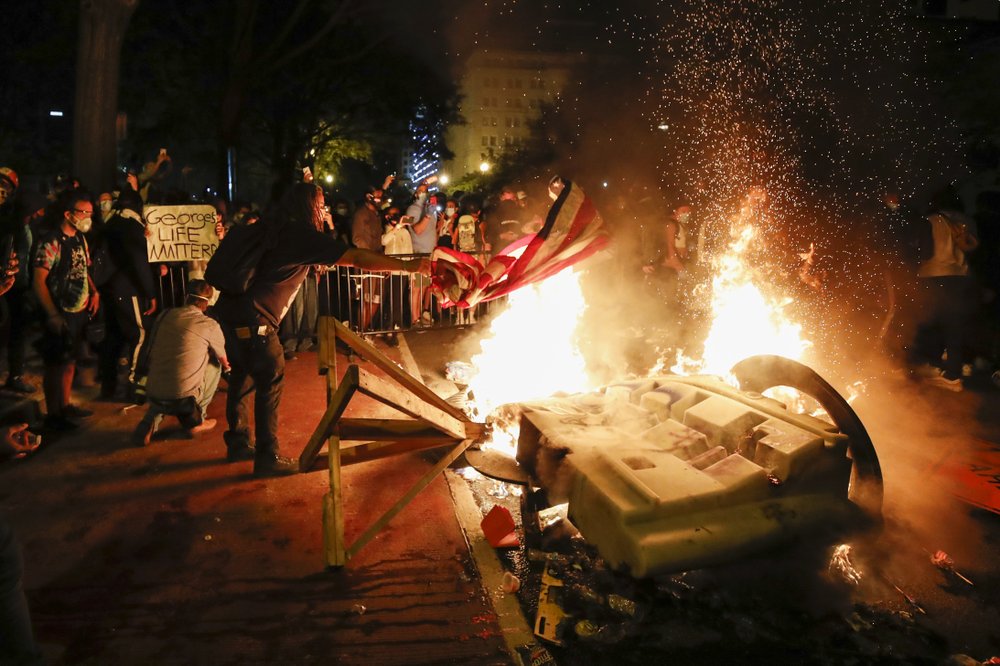 US Reduces Forces in Afghanistan to 8,600

The US are upholding the US-Taliban agreement over troop withdrawals, but prisoner releases remain a contentious point that could endanger progress.

For the last 40 years the conservative Islamic regime in Iran has banned women, 50% of the population, from attending men’s football games to protect them from "profane language" and "half-naked men."