Egyptian Army forces have hit back at terrorists in North Sinai after a deadly IED attack killed and wounded soldiers on Thursday. 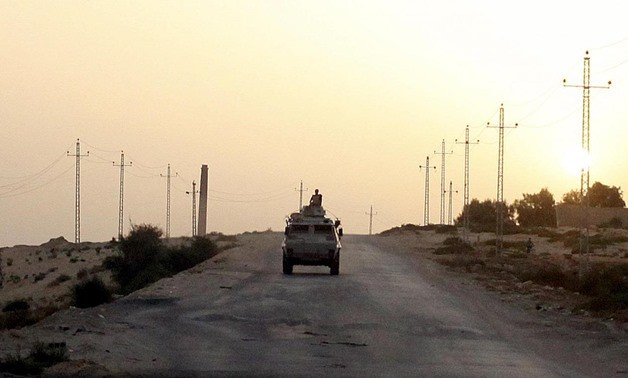 Egyptian President Abdel Fattah El-Sisi said he is mourning the deaths of an unspecified number of Egyptian soldiers killed yesterday by an improvised explosive device near the city of Bir al-Abd.

“Treacherous hands have reached out to our heroes in southern Bir al Abd City in Sinai as evil powers are still trying to snatch our country. Thanks to our sons and strong army, we are capable of destroying any attempts by such malicious elements,” El-Sisi said on May 1.

Egyptian authorities have not clarified how many of the eight soldiers and two officers were injured or killed in the blast that is being considered a terrorist attack. No group has claimed responsibility for the blast, but ISIS affiliate Wilayat Sinai and groups claiming links to al-Qaeda are known to operate in the restive, rural province.

“Upon intelligence information provided to armed forces on a hotbed of a group of terrorists in a farm in North Sinai, the forces carried out an operation in which a shoot-out occurred between two sides,” the army spokesperson told Egyptian media on May 1.

“Two highly dangerous terrorists were killed while a general-purpose machine gun, a wireless device, and ammunition were confiscated,” he added.

On Friday, the US Ambassador to Egypt, Jonathan Cohen, joined Sisi in condemning the Bir al-Abd terrorist attack.

“The United States strongly condemns the April 30 attack in North Sinai on Egyptian soldiers. This attack is especially despicable as it comes during the holy month of Ramadan,” Cohen said on May 1.

“We express our condolences to the families of the victims and wish a speedy recovery to the injured. The United States continues to stand with the Egyptian government and people in the fight against terrorism,” said Cohen.

The North Sinai attack comes a fortnight after a Cairo shoot-out left seven terrorists and two police officers dead, following a raid on a terror cell thought to be planning attacks against Coptic Christians. In the wake of Egypt’s 2011 revolution, the sparsely populated and desolate North Sinai became a terrorist safe-haven and has been the main target of Sisi’s anti-terrorism operations since 2018.