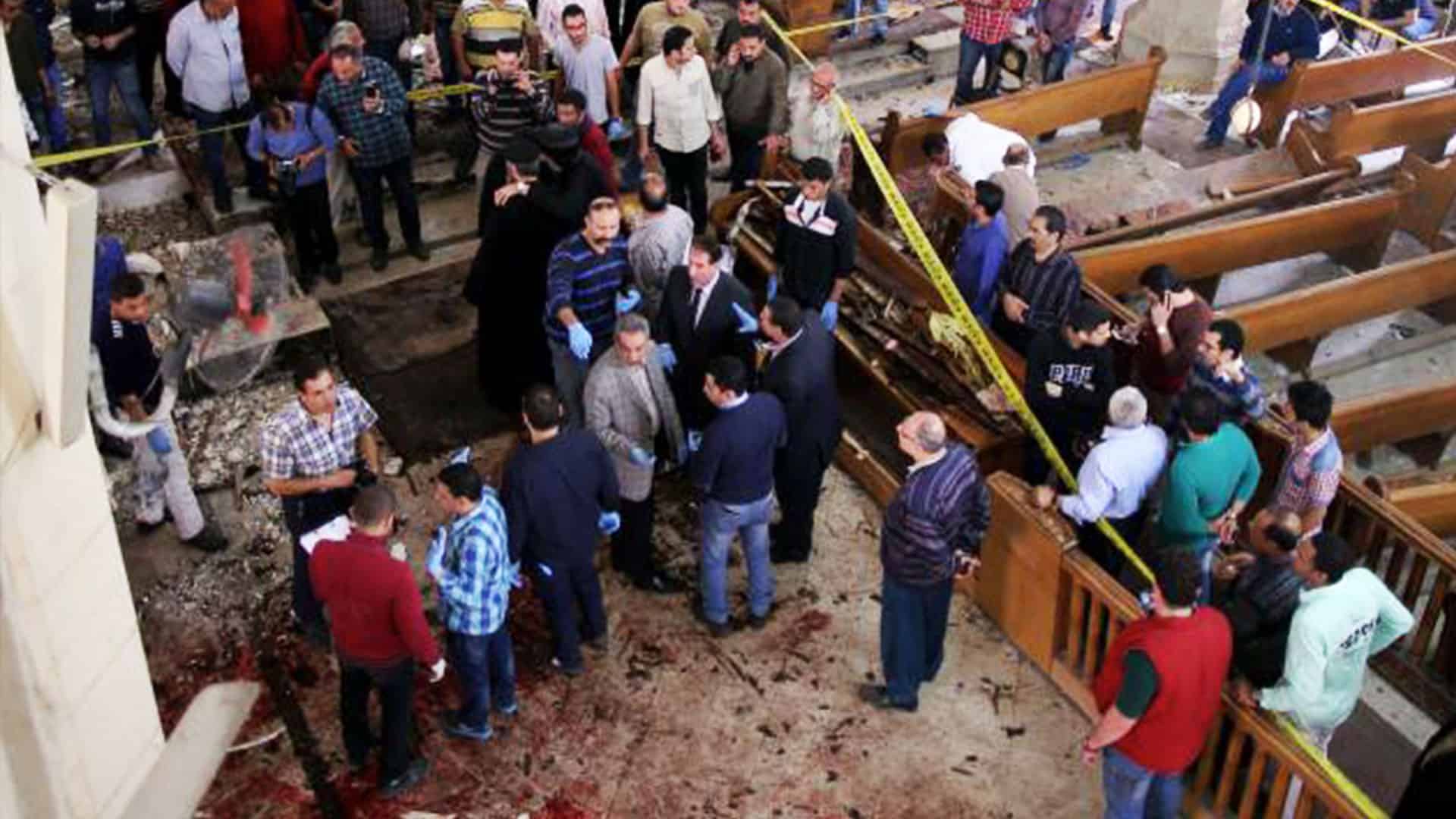 Gunshots rang out around the shuttered streets of Cairo’s Al Amiriyah neighborhood for hours as a ferocious gun battle raged between police and members of a suspected terrorist cell on Tuesday afternoon.

A police officer died in the firefight and three of his fellow officers were injured. Seven alleged “terrorist” fighters were also reportedly killed during a raid on a hideout located in a nondescript residential building, the ministry said on April 14.

A cache of weapons including four rifles, six machine guns, and ammunition was found at the Al Amiriyah hideout. Security officers discovered another four machine guns and associated ammunition at an address in the East Cairo suburb of Al Matariya.

Egypt’s cabinet mourned today the loss of Lieutenant-Colonel Muhammad Fawzi Al-Hofy, an officer attached to the National Security Agency (NSA), who is survived by his two young daughters.

The Interior Ministry said that prior to the raid, they received information advising, “there is a terrorist cell, whose elements embrace Takfiri ideology, using several areas as a shelter in eastern and southern Cairo as a starting point to carry out terrorist operations.”

Takfiri refers to a particular type of terrorism ideology concerned with infidels. The cell’s terrorists planned to attack Egypt’s Orthodox Coptic Christians during their Easter celebrations set to commence on April 19 the ministry said.

The head of the Coptic Orthodox Church of Alexandria, Pope Tawadros II, issued a statement on April 14 extending the Church’s condolences and prayers to the slain policeman’s family and to the wounded officers. The religious leader also reiterated his church’s “full solidarity” with Egypt’s security forces and their anti-terrorism efforts.

Coptic Churches have been a focal point for attacks on the religious minority which accounts for around 10% of Egypt’s majority Muslim population, and security is routinely bumped up ahead of religious holidays such as Easter.

Egypt’s war on terrorism has largely focused on the Sinai Peninsula, and North Sinai in particular. Since 2018 the government has orchestrated a number of operations against supposed terrorist targets but their intervention in the Sinai has drawn criticism from rights activists who claim innocent civilians, often ethnically Bedouin, frequently end up as casualties.