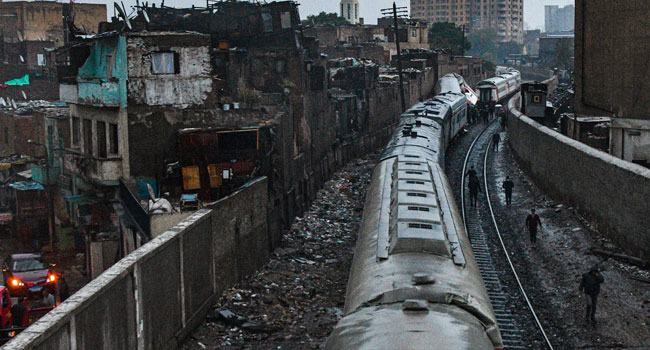 Two trains crashed on March 12 in the Rawd Al-Farag area between Imbaba and Ramses, west of Cairo, causing multiple reported injuries but no deaths.

Dangerous weather conditions caused a train coming from Aswan to collide with the back of another train traveling from the Sohag governorate.

The Egyptian Railway Authority suspended the movement of all trains following the accident and did not reveal any further details of the crash.

The Egyptian Meteorological Authority previously warned that the country will be exposed to severe instability caused by severe weather conditions from March 12 to 14, predicting strong winds, sand and dirt storms, and heavy rains.

Egypt’s Minister of Health and Population, Hala Zayed, is overseeing a crisis management team to assess developments and follow up on any emergencies that could arise because of the unstable weather.

The government has advised the public to stay indoors throughout the duration of the storm.