Three Croatian boxing team members have joined their Turkish counterparts in claiming to have contracted COVID-19 at the Road to Tokyo Olympic boxing qualifier event held in London from March 14-16. A defensive IOC Boxing Taskforce (BTF) hit back, arguing it is "not possible to know the source of infection." 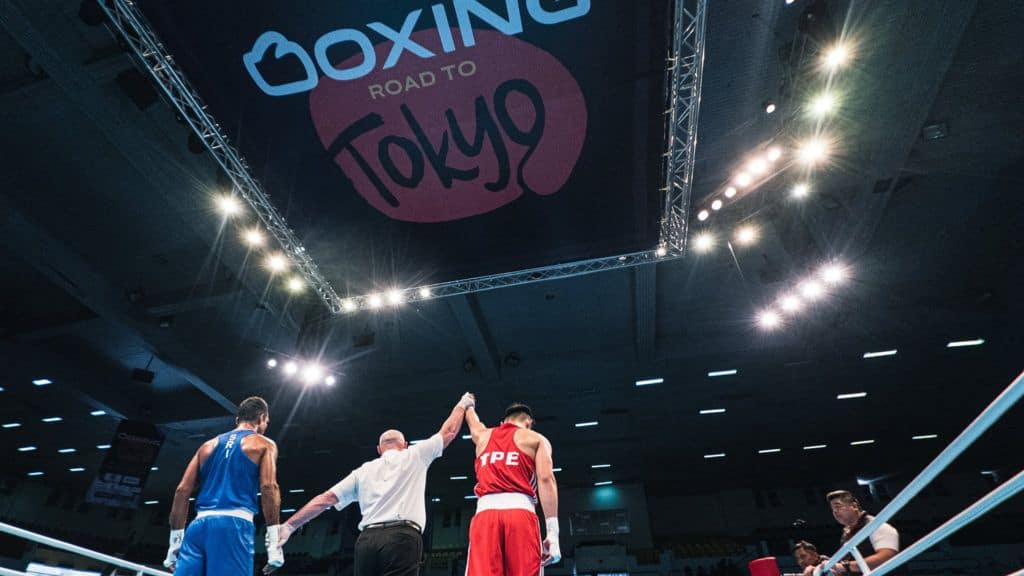 The Croatian Boxing Federation revealed on March 27 that three team members have now tested positive for COVID-19. The three men attended the Boxing Road to Tokyo European Qualification tournament that began behind-closed-doors in London on March 14.

The event was canceled after just three days of fighting due to the threat posed by the coronavirus pandemic.

The Croatian federation’s Secretary-General Marko Marovic told the BBC that the team’s epidemiologist believes heavyweight boxer Toni Filipi, coach Tomo Kadic, and another unnamed coach “were most probably infected during (the) Tokyo 2020 qualifier.”

“Our first concern is the health of our boxing family. We are still praying that everything ends well and there will be no other positive tests,” Marovic added.

Meanwhile infected coach Kadic told Croatian TV, “the IOC should have known that they ought to have scrapped the qualifiers.”

The Turkish Boxing Federation announced on March 24 three of its team members tested positive for the deadly virus after returning to Turkey from the event at London’s Copper Box Arena.

Boxer Serhat Guler and trainer Seyfullah Dumlupınar were both hospitalized by the illness, and the entire Turkish contingent who attended are currently in mandatory 14-day home-quarantine.

Turkish Boxing Federation Chairman Eyup Özgeç slammed the International Olympic Committee’s BTF for allowing the “horrible event” to go ahead in the wake of coronavirus and blamed the infections on the “irresponsibility” of the committee.

The BTF has since come forward and defended itself in a press release issued on March 27 denying the link between the Road to Tokyo event and the Turkish and Croatian team members’ positive test results.

“Some news reports appeared to draw a connection between the affected participants and the Boxing Road to Tokyo European qualifier held in London. The London event was suspended ten days ago, on 16 March 2020, and the BTF is not aware of any link between the competition and the infection,” the statement said.

The BTF also suggested the Croatians could have contracted the virus elsewhere, stating, “many participants were in independently organized training camps in Italy, Great Britain and in their home countries before the competition started.”

“It is not possible to know the source of infection,” the task force emphasized.

Eyup, who is also the Vice-President of the European Boxing Confederation (EUBC), had decried the lack of anti-coronavirus measures in place at the venue and team accommodation.

“We didn’t see any hygienic standards there. There were no preventative measures,” Eyup told BBC Sport.

For its part, the BTF said “precautionary measures before, during and in the follow-up phase of the event were implemented,” and stressed that, “safeguarding the well-being of the athletes, officials and all other participants has always been a top priority.”

A spokesperson for the British event organizers concurred, saying regular temperature testing was conducted throughout the tournament in compliance with Public Health England’s advice.

“Teams were advised on the steps they should take if any members of their delegation showed symptoms of the virus. During the competition there were no recorded instances of teams contacting the medical team to report symptoms,” the spokesman said.

The BTF also expressed its sympathy to the team members now suffering from COVID-19 and wished them a quick recovery.

There is a strong possibility the infected athletes will be able to make a full recovery in time for the Tokyo Olympics 2020 which has now been postponed until 2021 to the growing worldwide coronavirus pandemic. EUBC President Franco Falcinelli welcomed the decision and thanked the IOC and Japanese government for making a timely decision and avoiding uncertainty for athletes and the various sporting bodies involved in the Olympic movement.