The Turkish Boxing Federation has criticised the IOC for allowing an Olympic qualifying event to go ahead in London after three team members tested positive for coronavirus on their return to Turkey. 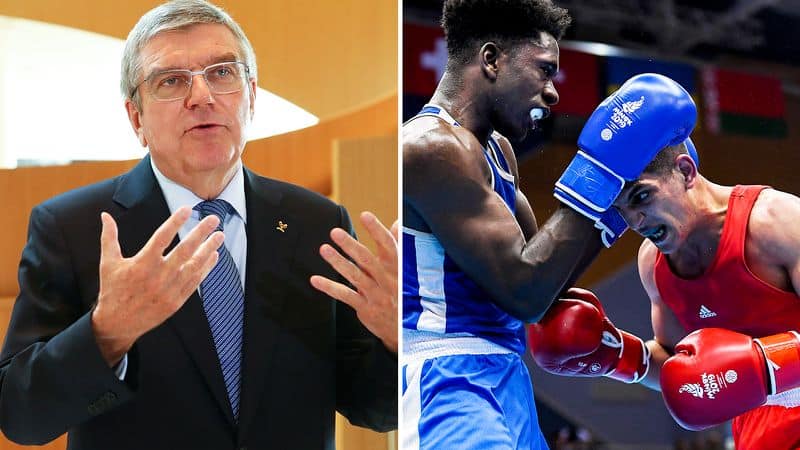 The Boxing Federation’s website announced that three team members, two boxers and a coach, tested positive for COVID19 on March 24.  All three team members attended the Boxing Road to Tokyo European Qualification tournament that began behind-closed doors in London on March 14. The event was canceled after just three days of fighting.

“Our national athlete Serhat Güler is currently in good condition at the hospital in Istanbul. He will be discharged from the hospital within three days. Our trainer Seyfullah Dumlupınar also underwent treatment at the local hospital in [northeastern Turkish province of] Bayburt,” said a statement from the Turkish Boxing Federation Chairman Eyup Özgeç published on the organisation’s website.

All other Turkish team members who attended the event are now in mandatory 14 day home-quarantine. To date, there are 2348 active cases of COVID19 in Turkey and there have been 59 fatalities from the disease, according to Johns Hopkins Medical modelling.

Eyup has since lashed out at the IOC, calling them “irresponsible” for allowing the event to go-ahead amid the coronavirus pandemic.

“While the whole world was taking extreme measures to deal with the virus, I am baffled that an IOC taskforce and the British government allowed the tournament to start even though many of us had concerns and almost every other sport had shut down,” Eyup told The Guardian on March 25.

Eyup, also the European Boxing Confederation Vice President, took issue with what he claims were insufficient medical precautions at the venue and hotel that housed participants. He is planning to make an official complaint to the IOC, the Guardian reported.

“This virus has been around since December 2019. Therefore, it is inevitable to ask why the European qualification event was not postponed before it even took place? They did not consider anyone’s health, which led them to organise this horrible event,” he said

The IOC is yet to comment on the positive tests but a spokesperson provided a brief statement on the developments saying, “for understandable reasons we will wait to receive the details from those concerned before making an informed comment.”

The IOC Boxing Task force gave the green-light for the qualifier to go ahead at London’s Copper Box Arena despite the European Boxing Confederation President Franco Falcinelli saying he was “very concerned” about the event due to the “very high” chance of participants getting COVID-19.

In addition to COVID-19 contamination, the Road to Tokyo qualifier had a financial sting in the tail for the countries involved. According to Eyup, they had all been asked to pay upfront for the 15 day competition and given it was cancelled after just three days, he would like to know if a refund from the IOC is on the cards.

“I am of the deepest conviction that it is time the IOC taskforce gives us a definitive answer on what is going to happen to all of us countries’ hard work and money?” Eyup asked.

The event drew 350 male and female boxers from 40 countries. Of the hundreds of particpants16 realised their Olympic dream by qualifying for Tokyo 2020, yet the two Turkish athletes’ lives and Olympic aspirations now hang in the balance as they battle COVID-19.

It remains to be seen if other athletes and support staff who attended the Copper Box Arena will test positive for the novel coronavirus. On a positive note, the IOC confirmed Tuesday that the Tokyo Olympic Games 2020 would be postponed until 2021 meaning the athletes may still be able to recover and qualify for the Games.