The battleground for the conflict between Turkey and the PKK has shifted to a new frontier in Iraqi Kurdistan, with Ankara launching a two-pronged operation against the Kurdish militant group. 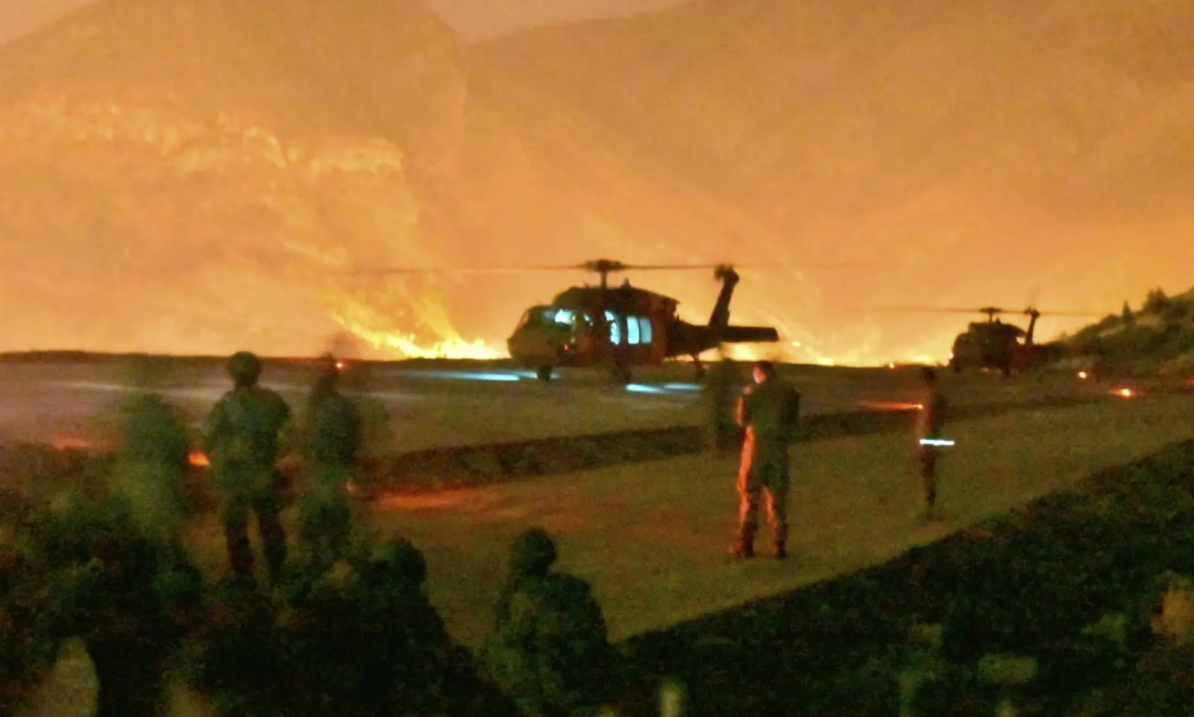 Recent days have seen Iraqi Kurdistan marred by airstrikes, artillery fire, and violence as Turkey and Iran marked a new battleground for the conflict between the Kurdish Workers’ Party (PKK) and the two countries.

Beginning June 15, Turkey began an overnight campaign of strategic bombing against Kurdish targets in the Yazidi homeland of Sinjar and the Qandil mountains, the current headquarters for the PKK. Turkish and Iranian forces also targeted the town of Makhmour and smaller settlements in northeast Iraq.

The bombing campaign was unprecedented in scale and scope, destroying more than 500 targets within 36 hours.

On the face, Ankara and Tehran have posited that the operation is designed to fight what they called Kurdish cross-border “terrorism.” Moreover, Ankara has justified the operation by citing recent attacks on Turkish authorities by Kurdish militants.

However, beyond combating terrorism, the establishment of military bases in Iraqi Kurdistan has also become a principal focus for the Turkish government, according to Turkish officials.

A senior Turkish official, who requested anonymity, told Reuters that Ankara had been in communication with Iraqi authorities regarding the operation and the removal of Kurdish militants along the Iraqi-Turkish border.

“The plan is to establish temporary base areas [to] prevent the cleared regions from being used for the same purpose again,” the official said. “There are already more than 10 temporary bases there. New ones will be established.”

Meanwhile, as the politics between Turkey, Iran, and the PKK take place on the battlefield, those caught in the middle continue to suffer the greatest casualties.

Caught in the Middle

In the decades of conflict between Turkey and Kurdish insurgents, more than 40,000 people have died, the majority being civilians. Operations Claw-Eagle and Claw-Tiger are no different in this regard, with civilians bearing the greatest weight of the violence from the campaigns thus far.

Although the operation is said to have destroyed more than 500 PKK targets, there have been no reported combatant casualties. However, civilians have already begun to suffer from the operation and continued Turkish and Iranian bombardment in northern Iraq.

In northeast Iraq, near the border with Iran, a shepherd killed during the Turkish and Iranian bombardment became the first victim of the operation.

“At 11 am on Wednesday, Turkish jets struck the Khinera area in Sidakan sub-district, killing a shepherd named Abbas Maghdid, aged 30,” Ihsan Chalabi, mayor of the district of Sidakan reported on Thursday.

Throughout the prolonged conflict, civilian farmers and workers caught between the two sides have suffered some of the heaviest casualties.

“Our areas have now become the battlefield of two foreign powers. The PKK and Turkey have nothing to do with us, but they are fighting on our land,” Derelok Governor Sami Usana said earlier this year, calling for an end to the conflict.

Iran and Turkey have caused extensive damage throughout northeast Iraqi Kurdistan, especially small villages with no ties to either side. These villages are particularly vulnerable, as airstrikes have the potential to destroy the farmlands that sustain villagers’ livelihoods. Fearing the airstrikes, several of these villages have evacuated as Turkish and Iranian forces continue their operation.

Iraq has also accused Turkey of damaging a refugee camp near Makhmour, with Iraq’s Joint Operations Command condemning the Turkish incursion as a “provocative action.”

“We deplore the penetration of Iraqi airspace by the Turkish planes which—at a depth of 193km from the Turkish border inside the Iraqi airspace—targeted a refugee camp near Makhmour and Sinjar,” Iraq’s Joint Operations Command said in a statement.

This is not the first time that a refugee camp has been caught between the PKK and the Turkish military. As recently as April, a Turkish drone strike damaged the same refugee camp near Makhmour.

However, Turkey has defended its targeting of this particular camp, arguing that the Makhmour refugee camp is a hub for Kurdish militant ideology.

Opposition from the East

Since the outbreak of violence between Turkey and the PKK first began in 1984, the main theatre for the conflict has gradually shifted from southeast Turkey to northern Iraq. In 2020, the Turkish military and the PKK have battled out 77% of their engagements in northern Iraq, with Turkey seeking to push the conflict beyond its borders.

This has led to frequent border disputes between Ankara and Baghdad, with the latter arguing that Turkey’s operations inside Iraq amount to a violation of Iraq’s sovereignty.

“We stress that Turkey must stop its bombardment and withdraw its attacking forces from Iraqi territory,” the Iraqi foreign ministry said in a statement.

In addition to just Iraq, the Arab League has also condemned the operation, with the League’s Secretary General, Ahmed Aboul Gheit, saying that the Turkish military campaign “represents an attack on Iraqi sovereignty, without coordination with the government of Baghdad.”

Despite criticism from Iraq and the Arab League, Ankara has indicated no intentions to end the operation any time soon. Rather, the Turkish government maintains the legitimacy of the operation and intends to continue with the campaign until they have fulfilled their agenda.

“There is no such thing as a duration for the operation,” an anonymous senior Turkish government official told Reuters. “The operation will continue for as long as necessary until it reaches its objective.”

Silence from the West

Amidst the silence of Western powers regarding the Turkish operation, widespread protests have erupted across Europe including in front of the UN headquarters in Geneva, criticizing the UN and European powers for failing to condemn Ankara.

Activists also emphasized that European states continue to profit from the Turkish operation through arms sales with Ankara. In particular, protestors argued that Germany and Switzerland were responsible for providing Turkey with the arms it needed to launch military operations in Iraqi Kurdistan.

Although the United States has also remained silent on this particular operation, it shoulders some of the responsibility for Turkey’s willingness to engage Kurdish militants outside of its borders.

With the recent breakdown in relations between the United States and the Kurds—driven by US President Donald Trump—the wariness of the Turkish government has evaporated. Under the rule of President Recep Tayyip Erdogan, Turkey has increased its belligerence towards Kurdish resistance, both within and outside of Turkey’s borders.

Following the United States’ withdrawal from Syria, Erdogan saw the green light for subsequent suppression of Kurdish insurgency. This has led to an escalation in the conflict between Turkey and the PKK, with the disadvantaged Kurds left vulnerable without the support of outside powers.

With the PKK on the back foot against the militaries of Turkey and Iran, the civilians caught in the middle are often subjected to inescapable violence. Now, as Turkey commits itself to a potentially lengthy operation in a foreign country, the chances for a peaceful resolution between the PKK and Turkey look bleak.