Afghan-Taliban Negotiations to Stall as US Withdraws Troops

Developments during the US withdrawal from Afghanistan could signal a debacle equal to the end of the US-Vietnam war. 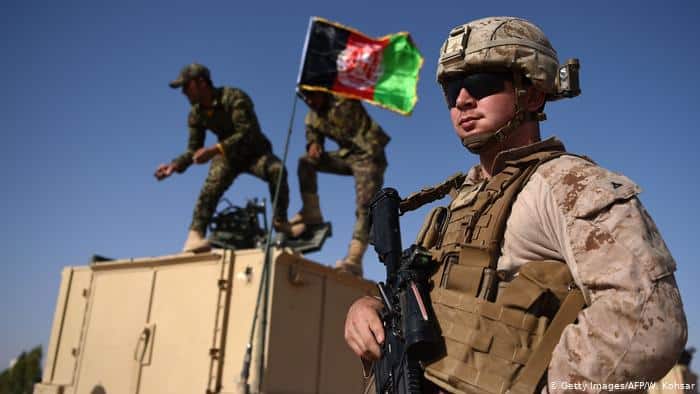 The Taliban announced today they will no longer negotiate with the Afghan national government. Via a tweet sent just after midnight, the Taliban lamented the “fruitless meetings” their negotiating teams experienced with Afghan government representatives over the release of captured Taliban forces. The prisoner release was agreed upon in earlier talks, but the fact that Afghan negotiators had been excluded from these talks, which took place between the US and the Taliban, created an impasse.

“Peace is maintained by the equilibrium of forces, and will continue just as long as this equilibrium exists, and no longer.” These are the words of Karl von Clausewitz in his famous work on military strategy, “On War.” Every American general in Afghanistan will have had Clausewitz as required reading in their military education. All the same, the US is ignoring this essential idea that removing a balance of power will facilitate war.

Instead of ensuring that the balance of power remains intact while the negotiations proceed, US Secretary of State Mike Pompeo delivered a scolding message from US President Donald Trump: “Work together, or you are on your own.” Pompeo  directed the message to both the Afghan national government and Adbullah Abdullah, the presidential candidate that continues to claim the presidency as his own.

In agreeing to prisoner releases ahead of the talks, the US severely crippled the Afghan government’s negotiating power. The US cut $1 billion in support and continues to withdraw its troops. The “equilibrium of forces,” as Clausewitz calls it, has been severely disrupted for weeks, as Afghan security forces now lack the funding to operate and are losing the support of US military forces.

Some imprisoned troops were returned to the Taliban, and as Afghan security forces weaken, the Taliban is becoming the dominant military force in the country. After defeating the Soviet invasion, it appears it is now ready to proclaim victory over the United States.

This may appear an unlikely feat for a low-tech guerrilla force like the Taliban, but historically effective circumstances proved valuable once again: The Taliban had simply to wait for the US to exhaust itself, just as the USSR exhausted itself in decades past.

This type of warfare has been successfully applied since the 1700s. As the defending party, the Taliban always had the advantage, according to Clausewitz: “In tactics every combat, great or small, is defensive if we leave the initiative to the enemy, and wait for his appearance in our front. From that moment forward we can make use of all offensive means without losing the said two advantages of the defense, namely, that of waiting for, and that of ground.”

If ever there was a national military that should understand the difficulty of winning a war against a hidden local guerrilla force, it would be the US. The conflict in Afghanistan already mirrored many aspects of the US conflict in Vietnam in the 1960s and 1970s, and current developments are eerily similar to how the US eventually lost the war.

In 1973, the US signed a peace agreement with the Northern and Southern Vietnamese, signaling its withdrawal. Although the agreement was often violated, the US continued with its withdrawal as “equilibrium of power” between the two local parties shifted radically. Within two years of the US withdrawal, the North Vietnamese communists that the forces had fought had conquered the South and achieved total ideological control over the country.

This passage of history may be repeated, as the US withdraws from Afghanistan, leaving a withering ally to contend with the force it was unable to defeat. The negotiators of the eventual US-Vietnam peace process received the Nobel Peace Prize. Donald Trump has clearly read this part of history, as he is already claiming that if he does not receive the prize for leaving Afghanistan, the Nobel committee must be “rigged”.

Afghanistan faces turbulent years ahead, with the Taliban as the likely winner of a renewed civil war. The US appears on a path to continue ignoring lessons from history. By refusing to learn even basic military strategy as taught by Clausewitz, the US could have “another Vietnam” on its hands.