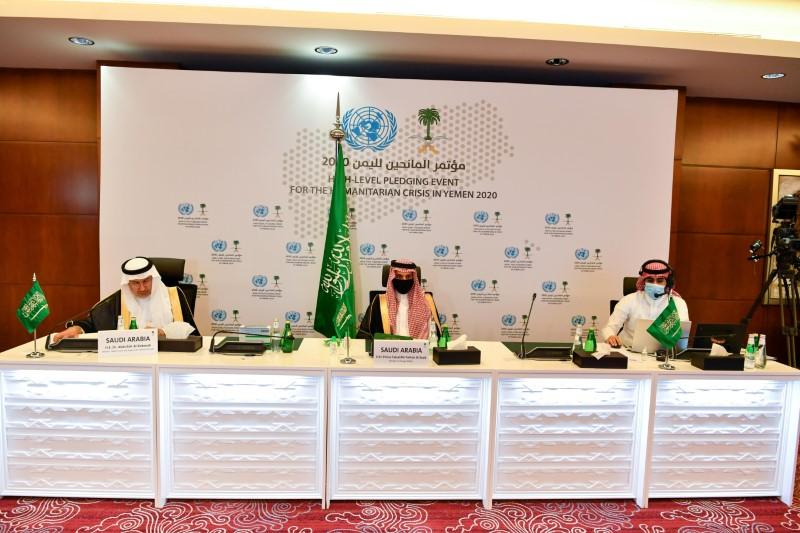 A virtual conference featuring a donor drive for Yemen has raised half of its target. The UN needs $2.41 billion dollars in humanitarian aid in order to stave off disaster in Yemen, and the donor drive aimed to produce those funds.

The prestigious “Yemen Conference 2020” event opened with a speech from UN Secretary-General Antonio Guterres who declared that “we are in a race against time, aid agencies estimate they will need up to $2.41 billion to cover essential aid from June until December, including programmes to counter Covid-19.”

But, as the event concluded it had become clear that the summit would raise only half of its intended goal.

Several European countries that have not directly benefited from arms sales to the conflict also contributed to the donations. Belgium $5.5 million, Denmark pledged $3.4, Norway and the Netherlands both added $17 million to the total and Sweden has pledged $30.8 million. The European Commission will chip in an additional $78.2 million.

Asian nations also contributed, with Japan announcing a $41.2 million pledge, South Korea will add $18.5 million to the tally. China did not enter a pledge but has been sending 2,400 metric tons of food directly to Yemen.

Saudi Arabia, who leads a coalition in support of the government of Abdrabbuh Mansur Hadi, pledged to donate $500 million. According to UN documents the UAE did not make any pledges, with the country’s media instead focusing on a moment when a minister’s son made a cameo as the UAE politician made her speech.

“We welcome the pledges made today. But this still falls far short of what is needed to alleviate the suffering,” said Jan Egeland, secretary-general of the Norwegian Refugee Council.

“Millions of Yemeni people are staring down the double barrel of starvation and a global pandemic,” Egeland stated. “The money pledged today needs to be disbursed immediately and donors who failed to put their hands in their pockets must step up.”

In advance of the conference, the International Rescue Committee had urged countries to contribute to direly needed assistance. “This is the time for donors to step up, not to look away,” the IRC urged, “the IRC is calling for a rapid increase in funding to frontline agencies to help us scale up the COVID-19 response and continue to provide the humanitarian assistance that we know saves lives.”

However, money alone will do little for Yemen as fighting continues. The UN has warned of a “macabre tragedy” as continued fighting and a collapsed healthcare system provide the perfect storm of misery for Yemen’s embattled population.

“Money alone is not enough” the NRC’s Jan Egeland said. “These pledges are worth little if people are still fleeing from bombs and crossfire and their hospitals attacked. All parties must lay down their weapons and join forces to meet the one common enemy at the gates: Covid-19.”