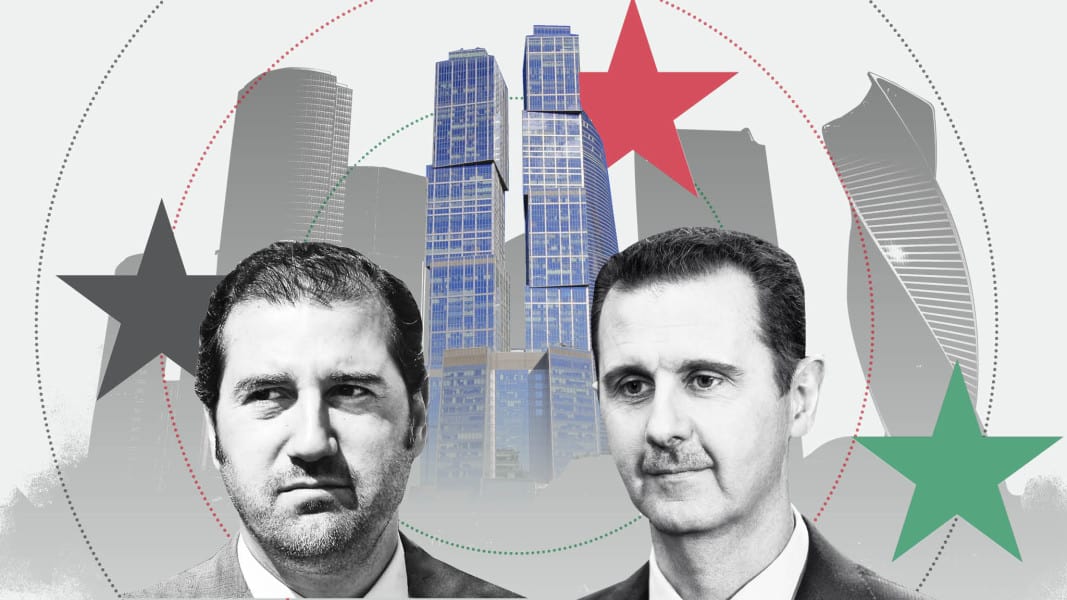 On Friday, May 1, an influential cousin of Syria’s President Bashar al-Assad, Rami Makhlouf, posted a 15-minute video on Facebook in which he directly appeals to Assad. Makhlouf, an influential Syrian businessman and telecom tycoon has come under increased pressure, culminating in the eyebrow-raising public rant against his former benefactor.

Rami Makhlouf appeared on a Facebook video sitting in front of a stack of firewood as he decried accusations of tax evasion leveled against him. “I will send whomever you want to check the papers, and this is the truth, but I am tired of this crew,” he said, directly addressing al-Assad. The video provided an unprecedented view behind the scenes of Syria’s ruling family.

Makhlouf stated that “unjust taxation” could cause the collapse of the company where he is the major shareholder, even though he officially stepped aside as CEO in 2011. The Syrian businessman has encountered increased pressure over his business dealings, but insiders say the feud might be the result of a palace intrigue between Makhlouf and al-Assad’s wife, Asma Assad.

Rami Makhlouf was the owner and CEO of Syriatel, the country’s largest telecom provider with 11 million domestic mobile customers. Close ties to the Assad family provided the political clout and financial assurances that allowed for his rise to prominence. In 2011, just as the Syrian civil war started, Makhlouf announced he was stepping down from running the Telecom provider to focus on “charity.”

In reality, his charitable initiatives consisted of direct patronage to the country’s Alawite community, an important base of support for Assad’s regime. Makhlouf was tasked with ensuring loyalty among Alawites as the conflict devolved into a multi-factional bloodbath. Makhlouf’s role in providing patronage to the community resulted in the US and EU applying direct sanctions against him.

Makhlouf rose to prominence too rapidly and eagerly. A Western diplomat with inside knowledge told the Associated Press that the move is part of a deepening family feud after Makhlouf “overplayed his hand.” Tensions between Makhlouf and the Assads became public in December 2019 when the Syrian government declared a “preventive seizure” of his assets, along with a list of other officials and their wives.

At the end of April 2020, the Syrian Telecommunications and Postal Regulatory Authority slapped a fine of 234 billion Syrian Pounds on Makhlouf’s company, accusing it of changing contract details that resulted in missed revenue for the Syrian state. Makhlouf had earlier been accused of smuggling products worth SYP 1.9 billion and on April 25, Asharq Al-Awsat reported plans to seize the assets of Makhlouf’s Lebanese company “Abar Petroleum Service SAL offshore.”

Makhlouf embarrassed the Syrian regime further when on April 30, Saudi officials announced they had discovered 44.7 million illegal narcotic pills hidden in a shipment of herbal beverage packages belonging to Makhlouf. The businessman claimed the seizure was a set-up aimed at defaming him, but the damage was done.

Rami Makhlouf’s downfall coincides with regime action against other large businesses in an effort to increase state revenue. The action against Assad’s cousin after decades of nepotistic support appears to stem from a feud between Makhlouf and Assad’s wife, Asma Assad. Both provide “charity” among the minority Alawite community allegedly to purchase support, giving the two significant power in the country.

Makhlouf’s public appeal appears to be a final play for the disgraced tycoon. In an effort to leverage his influence over the Alawites, he has denied all charges against him and is trying to recommit to the priorities of the Syrian regime. By making his statement publicly, Makhlouf could be hoping for an outpouring of support from those he patrons during the conflict.

The video also reveals that Makhlouf has lost direct access to Assad. The desperate public plea could simply be a last-ditch effort to save his own business and reputation. Many powerful actors within the regime oppose him, including the Russians who are reportedly eager to diminish the businessman’s influence over the Assads.