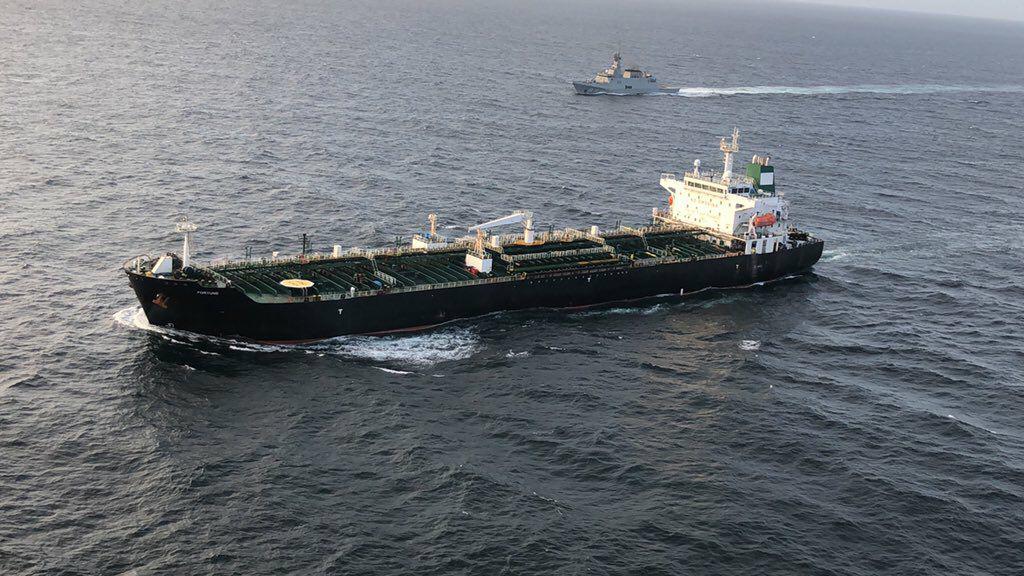 The vessel was a welcome sight for the Venezuelan president and people, who are in the grips of a crippling gasoline crisis, despite the South American country holding the world’s largest oil reserves. A combination of mismanagement and international sanctions has caused a shortage of refined Venezuelan oil, leading the government to impose strict rationing since late March.

On May 25, the Venezuelan President Nicolas Maduro took to state TV to proclaim the ship’s arrival and defend his country’s right to free trade.

“We, Venezuela and Iran, want peace,” Maduro said. “We have the right to freely trade products throughout the seas of the world.”

Maduro also boasted that Iranians and Venezuelans are “two revolutionary peoples who will never kneel down before North American imperialism.”

Inflation hit 8,000% this year in Venezuela and violence, insecurity and lack of essentials like food and medicine have become the norm. An estimated 4.5 million people have left Venezuela in recent years, with the vast majority fleeing to neighboring Latin American and Caribbean countries in what the UNHCR describes as “the largest exodus in the region’s recent history.”

The “Fortune’s” safe arrival has likely elicited a sigh of relief from Tehran, who had threatened to deliver an “unwavering and crushing response” if the US or any other power interfered with the tankers.

Venezuela, like Iran, is subject to US sanctions aimed at pressuring Maduro to make way for opposition leader Juan Guaido, who the Americans see as the country’s rightful president.

“Venezuelans need free and fair presidential elections leading to democracy and economic recovery, not Maduro’s expensive deals with another pariah state,” US State Department spokeswoman Morgan Ortagus said yesterday in response to the deal with Iran.

Under the deal, reportedly worth $500 million, oil technicians, additives, and parts have reached Venezuela from Iran to prop up the government-owned Petroleos de Venezuela refineries in Cardon and Amuay.

Tehran-based airline Mahan Air flights have been returning to Iran carrying some of the estimated nine tons of gold Caracas is using to pay for the deal, providing much-needed revenue for the Iranian coffers depleted by sanctions and now COVID-19.