Morocco's strict COVID-19 state of emergency measures are set to end on May 20 but comments from the health and education ministers have doused deconfinement hopes. 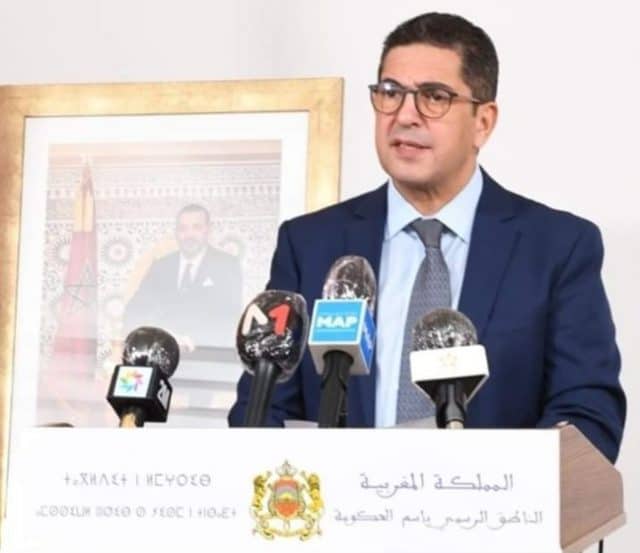 Moroccans’ hopes of spending Eid al Fitr together with family after two months of confinement were dashed over the weekend after two government ministers said the country’s battle with COVID-19 is far from over. They stopped just short of saying the country will extend a nationwide “sanitary isolation,” but have quelled optimism for a May 20 start of deconfinement.

On Monday, Morocco’s National Education Minister and government spokesman, Said Amzazi, shared a graph on Facebook to demonstrate his warnings that the country is in a risky phase of its outbreak.

“Unfortunately, as shown in this graph, we are not yet safe from the pandemic,” Amzazi said in the May 10 post.

“In the previous week, we believed that the epidemic situation in our country had improved and that we overcame the dangerous phase and we were in control of the situation,” Amzazi said before adding, “all Moroccans should understand that the battle is not over yet.”

Morocco imposed strict “sanitary isolation” measures nationwide on March 20 after declaring a state of emergency in response to the COVID-19 pandemic. The original state of emergency was scheduled to end on April 20, but officials extended the measure to May 20 as the scale of the country’s outbreak grew.

The confinement is becoming increasingly difficult for those in precarious situations, out of work, or living in cramped conditions, as lockdown drags into its seventh week. Nevertheless, Amzazi encouraged everyone to stay vigilant and continue to respect COVID-19 measures.

“We have achieved a lot and avoided the worst thanks to the solidarity of everyone, so let us continue this resilience against the virus. We call on all Moroccans to act with awareness and responsibility and to respect the public health lockdown. Or else, we will all take responsibility,” he concluded.

Amzazi’s Facebook remarks come two days after Health Minister Khalid Ait Taleb told his compatriots via national television that he “understood their impatience,” but it is “much harder to leave confinement than it is to enter it.”

According to Ait Taleb, as many as 6,000 lives have been saved thanks to Morocco’s swift and strict anti-coronavirus measures. The health minister, however, said deconfinement–when it does happen–will be progressive. Until that time, people must stay disciplined.

The minister said he is worried about lifting restrictions, as “the number of cases had stabilized but now we are seeing a new spike.” For deconfinement to begin, Ait Taleb wants to see “the epidemic situation stabilize, a drop in the number of new cases,” as well as a reduction in the infection rate to 1:1 or less.

After the health and education ministers’ statements, it seems likely that Morocco will extend its state of emergency beyond the scheduled May 20 end date. The length of an extension will undoubtedly depend on the number of new cases detected this week.

have recovered from the virus to date, representing a recovery rate of 44.8%.

Director of epidemiology at the ministry of health, Mohamed El Youbi, blamed the latest increase on people ignoring preventative guidelines.

Meanwhile, an estimated 27,850 Moroccans are still waiting for news from the government about when they can expect to be repatriated. Thousands of citizens have been stranded overseas for two months since Morocco closed its borders on March 15. This leaves them to spend a harrowing Ramadan in confinement, far from home and their loved ones.

A group of Moroccans stuck abroad released a video on May 6 calling for their government to expedite efforts and help them return home.

“Morocco forgot about us, but we did not. Bring us home, please,” the tourists told the government.

A day after the video was released, government spokesman Amzazi encouraged them to remain calm and reiterated “the importance of ensuring the necessary conditions for their return.” The government says it is monitoring and supporting Moroccans abroad through its international diplomatic missions.

“The return of Moroccans stranded abroad must take into account the evolution of the spread of the virus, within the framework of the overall approach adopted by the kingdom to face this pandemic, so that this return does not constitute a risk either for these people or for their country,” he said on May 7.

Moroccan and foreign governments arranged measures to repatriate thousands of foreigners since its borders closed, through a combination of special commercial and charter flights. Tunisia Press Agency (TAP) reported that 157 Tunisians returned from Morocco on a special NouvelAir flight that touched down at Habib Bourguiba Airport in Monastir on Sunday. Tunisia, unlike Morocco, arranged repatriation flights for thousands of its citizens stranded around the world.