After calls for a global ceasefire and human solidarity, Guterres is now asking religious leaders to unite against COVID-19. 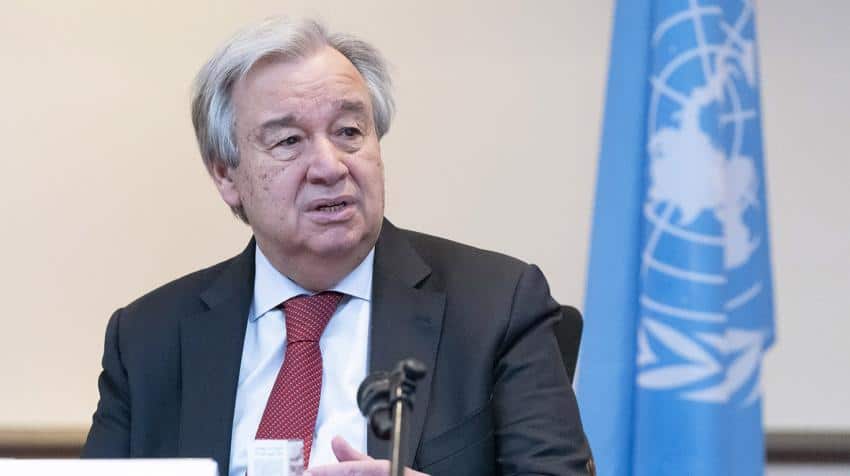 On Saturday, April 11, UN Secretary General Antonio Guterres called on solidarity from the world’s religious leaders. “Today, I want to make a special appeal to religious leaders of all faiths to join forces to work for peace around the world and focus on our common battle to defeat COVID19,” the secretary general said.

The head of the UN linked his speech to this weekend’s Easter and Passover celebrations and the upcoming Islamic holy month of Ramadan. Guterres said, “I extend my warmest wishes to all those observing these important moments. We have always known these occasions to be moments of community. Of families coming together. Of hugs and handshakes and the gathering of humanity. But this is a time like no other.”

With global COVID-19 cases nearing 2 million, and total deaths nearing 120,000, Guterres called on religious leaders to come together to fight the virus as a shared enemy. “Let us all take inspiration from the essence of these holy occasions as moments for reflection, remembrance and renewal,” the secretary general said in the speech, which was broadcast on the United Nations’ official Youtube channel.

“As we reflect, let us spare a special thought for heroic health workers on the frontlines battling this awful virus – and for all those working to keep our cities and towns going.”

Guterres highlighted the plight of refugees amid the global virus-related chaos. The UN High Commissioner for Refugees (UNHCR) started a live blog four weeks ago to report on developments regarding refugees in this difficult time. “Let us remember the most vulnerable of the vulnerable around the world,” Guterres said, echoing his earlier call for a global ceasefire.

The secretary general asked all parties to remember “those in war zones and refugee camps and slums and all those places least equipped to fight the virus.”

Global institutions like the UN are demanding attention from global leaders. The UN is urging for more support for the World Health Organization (WHO) as the global organization’s advice has often been ignored. Even though the WHO issues very specific guidance and examples of successful policies, most world leaders have chosen their own plans.

The constant struggle between world leaders and global institutions has laid bare how little power intergovernmental bodies like the UN and its WHO agency have. These organizations have been portrayed by nationalists as supranational organs that dictate their policies to member states, but their inability to change members’ behavior even in a pandemic indicates otherwise.

As Guterres’ desperate pleas for solidarity continue, it appears that governments internally are more often looking ahead to a moment to “reopen” their economies than looking to effectively combat the virus. Countries have sovereignty over their own decisions. Whether that is always positive remains to be seen as our global patchwork of measures creaks under the pressure of COVID-19.