UNSMIL says acts committed by both parties to the conflict in recent days may equate to war crimes. 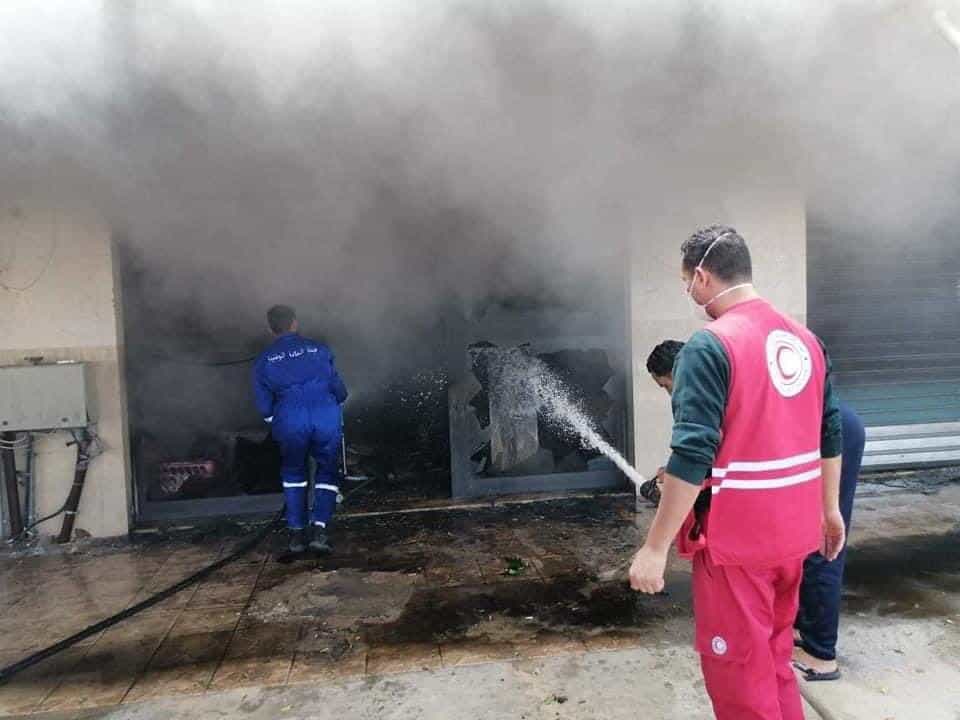 The United Nations Support Mission in Libya (UNSMIL) is mandated with overseeing the political solution to Libya’s conflict. In the past week, the organization has expressed its growing alarm at escalating violence and tactics that different parties to the conflict are employing.

In an April 20 statement, the UN mission said the humanitarian situation is “rapidly deteriorating,” singling out the indiscriminate shelling of Tripoli and retaliatory acts in western coastal cities such as Tarhouna as drivers of the worsening conditions.

“UNSMIL reminds all parties to the conflict that indiscriminate attacks, as well as the targeting of hospitals and other medical facilities, and intentionally cutting off electricity, fuel, water or food supplies are violations of international humanitarian law and could, depending on the circumstances, amount to war crimes,” a statement posted on the mission’s website said.

The UN reported that indiscriminate shelling in and around the capital Tripoli in recent days killed five civilians and injured 28 more. They also noted that a rocket attack on April 17 caused significant damage to the intensive care wing at the Royal Hospital in Tripoli but did not identify the forces responsible.

“UNSMIL is also alarmed by the deteriorating humanitarian situation in Tarhouna, due to the military escalation in and around the city, resulting in the fresh displacement of civilians,” the statement went on to say.

The UN body also called for an end to retaliatory electricity and gas cuts which it said equated to “collective punishment” for those affected, who are mainly civilians. The statement highlighted concerns over reports of “arbitrary arrests of civilians and mistreatment of both civilians and fighters in Tarhouna.”

The United Kingdom’s Embassy in Libya joined UNSMIL in calling for a de-escalation to the violence, to prevent further civilian casualties and allow parties to focus on fighting the novel coronavirus.

The embassy said via Twitter that it is “concerned by violence in western Libya and the cost in civilian casualties.”

“We urge against all escalation. Fighting must stop if for no other reason than to save lives and respond to shared threat of COVID,” the embassy tweeted on April 19.

A proxy struggle rages on

Tripoli has been the object of the Libya National Army’s (LNA) offensives since April 2019. One year later, they have failed to take the capital that seats the Government of National Accord (GNA), but have inflicted significant damage with sustained rocket attacks.

Meanwhile, the GNA, with backing from Turkish mercenaries, has made significant advances on Libya’s western coast in the past week. Hired forces composed largely of Syrian fighters retook Sorman and Sabratha, which are 60 kilometers and 70 kilometers west of Tripoli, on April 14. In recent days, with overhead support from the Turkish Air Force, militias supportive of GNA took Tarhouna.

The recapture of the western coastal areas was a heavy blow for Haftar’s forces and cut off valuable supply lines. The LNA hit back with a vengeance, waging a concerted campaign of retaliatory rocket attacks on Tripoli and surrounding areas. The UNSMIL statement failed to identify who perpetrated the various humanitarian violations it has learned of in recent weeks. \

Haftar’s international legitimacy has increased in recent months, primarily off the back of Turkish involvement on the behalf of the GNA. Foreign fighters’ backing of the Tripoli-based government has eroded its sovereignty and legitimacy in the eyes of some members of the international community.

The Libyan civil war has become a proxy for a regional power struggle.

On one side, the UN-recognized GNA, based in Tripoli, led by Prime Minister Fayez Sarraj, is backed by Qatar, Turkey and Italy.

On the other is the Libyan National Army (LNA), led by General Khalifa Hafter and based in eastern Libya, supported by Egypt, France, and Russia.