COVID-19 is rapidly spreading across the US as unemployment numbers reach historic levels. 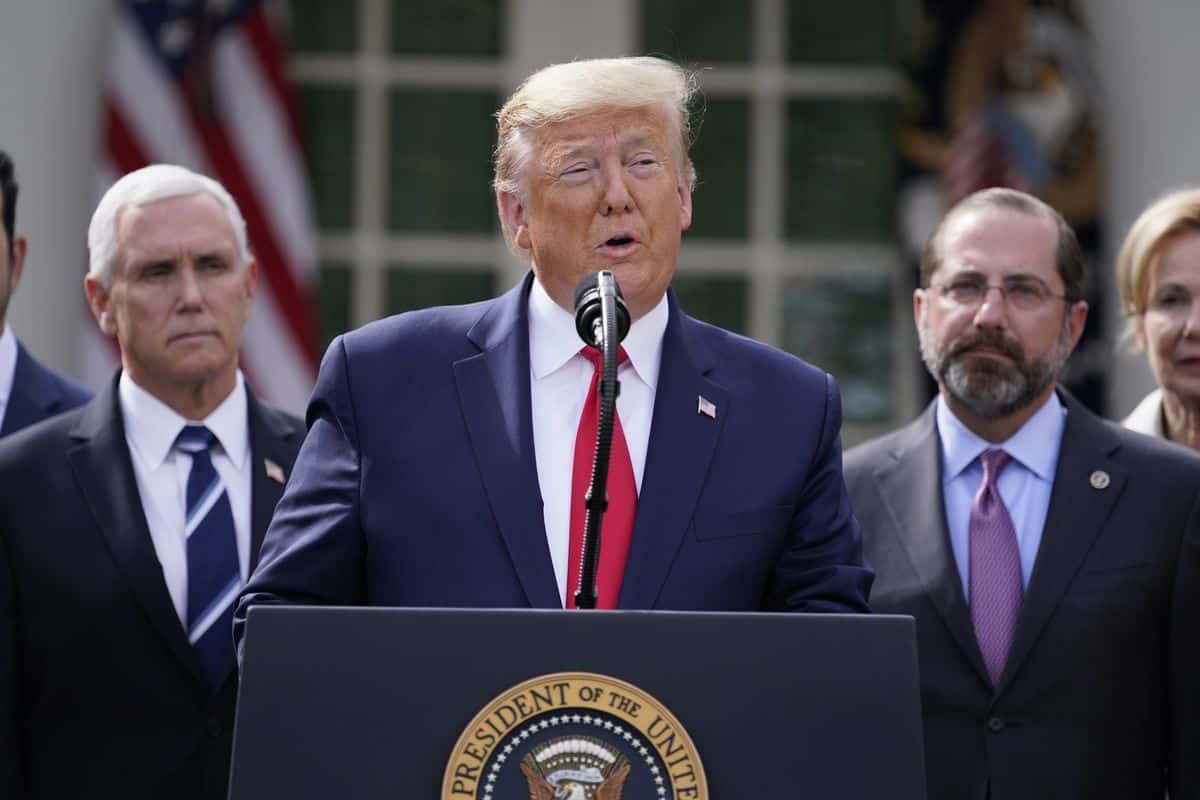 The United States government garnered praise this week for its unprecedented response to the economic fallout caused by COVID-19. As markets climbed with record numbers not seen since 1932, the budget for fighting the spread of the virus met wide criticism. Debates about stimulus payments and unemployment-benefits rage on while a tornado of conflicting partisan news creates mass confusion.

Andrew Cuomo, Governor of New York City, where the outbreak is most severe, appeared on national television to slam the shortage in ventilators. On the same day, a Trump administration press conference tried to assure the nation there was “no evidence” of a shortage of ventilators.

Meanwhile, the country has gone from record lows in unemployment, just weeks ago, to the Department of Labor receiving 3.2 million new requests for unemployment benefits. The US strategy has so far focused primarily on limiting the economic impact of the virus, putting a lot of faith in the US healthcare system to cope with the medical fallout of the pandemic.

The US outbreak has revealed that even though America might spend twice the budget of other nations on healthcare, the privatized and regionalized structure of the system is struggling to cope with the pandemic. While the US does have some of the best medical facilities and experts, the for-profit model means there is little in the ways of long-term preparedness for crises.

The centralized systems in South Korea and China have been able to rapidly adapt through the guidance of health ministry officials. In the US, support to the system has to come in packages of billions of dollars sent to hospitals in ‘need’.

Medical supplies are not purchased at a federal level. The privatized nature of the system means prices for medical equipment are skyrocketing as different states bid on equipment, competing with other states. In New York City, officials noticed with consternation that medical masks that used cost 85 cents now cost $7 each, as several states are bidding to get them first. In a fully privatized system, supplies go where the money is, instead of where the greatest need is.

While most countries are encouraging citizens to get tested as much as possible, in the US the profit-motive is creating barriers that incentivize citizens not to seek testing or treatment. When a COVID-19 test comes out negative, many health providers in the US charge the patient. The New York Times reported on people being charged $4000 after testing negative for the virus.

Quarantined people also do not get automatic financial support, meaning many people keep working instead of ‘risking’ getting tested and losing their income while quarantined.

Around 30 million Americans do not have healthcare coverage at all, and have a long history of not going to the doctor when they are sick. As government officials are downplaying the risk of the disease, people displaying symptoms are not seeking treatment and even going to work. The term ‘medical bankruptcy’ is a specifically American problem where every year half a million Americans lose their life-savings because of unaffordable medical costs.

People without medical insurance only have access to emergency care once their medical issue has developed into something life-threatening. As people wait at home with, or work through, their COVID-19 infection, the worst cases end up in crowded emergency rooms. While a 100 million Americans do have insurance, they have such poor coverage that they still have to pay large amounts to access treatment.

With half of the population having poor or non-existent healthcare coverage, and limited direct support available for those infected, the majority of the population have insurmountable barriers to seeking testing and treatment. American labor laws, that allow staff to be fired without much recompense, are leading to symptomatic citizens continuing to go to work.

The current state of the US healthcare system and the government’s focus on the economy are a contrasting approach to those China has taken. Which approach will have a positive impact in the long-term remains to be seen. As the number of active cases and related deaths rise, the question becomes when it will become politically untenable to prioritize economic performance over human lives.

When American media start showing daily images of coffins, as we have seen in Italy, will the US change its approach to the COVID-19 pandemic?