The Elections Offer Three Different Visions for the Middle East

As the US elections evolve, the American people have three very different options to choose from. 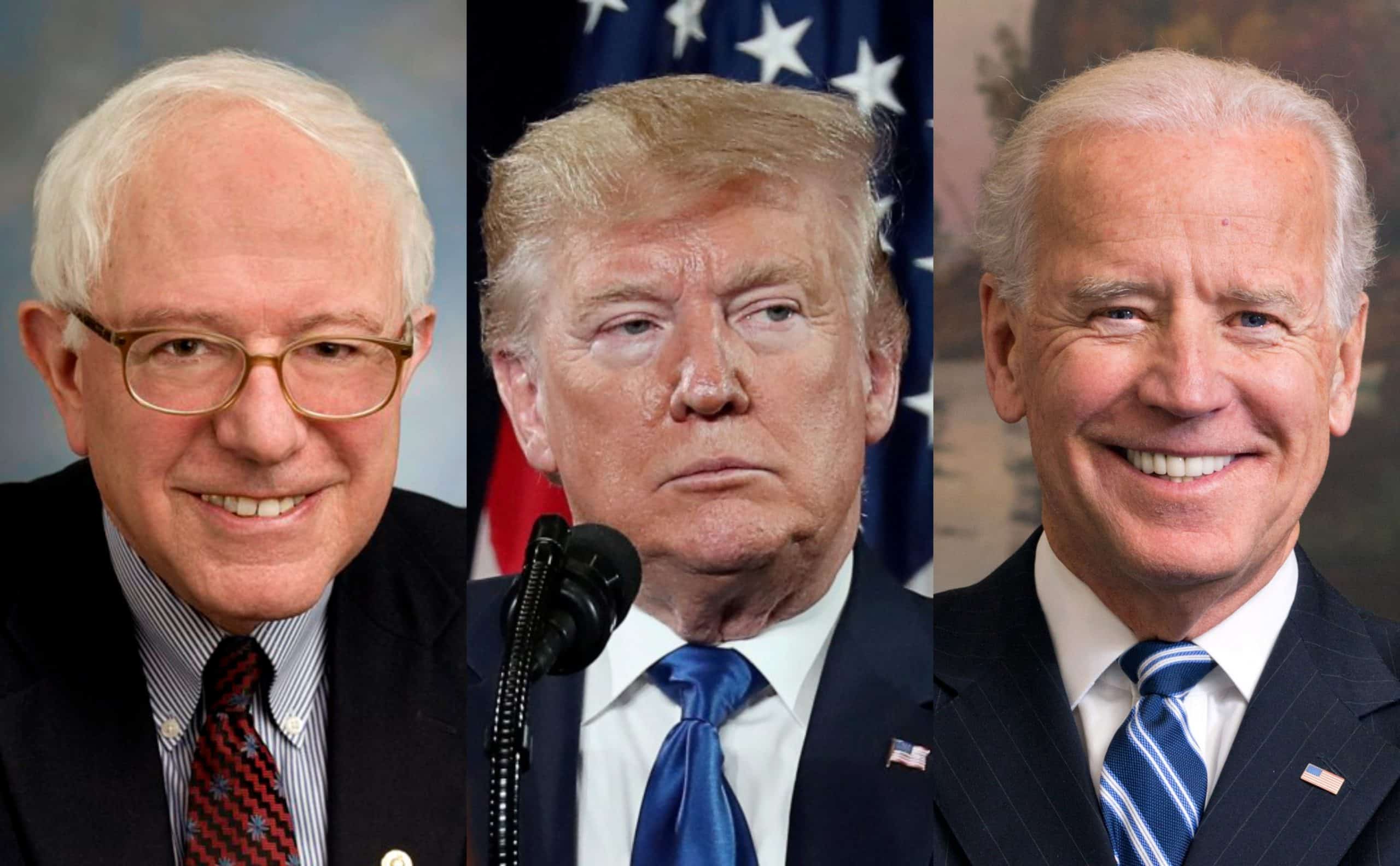 On Tuesday, November 3, 2020, people across the United States will be asked to vote for a Republican or Democratic candidate to lead their country. Who the American people choose will have a radically different impact on the Middle East.

Three men remain in the race: Current president Donald Trump will be the candidate representing the Republicans, with either Joe Biden or Bernie Sanders opposing him.

Elections in the US can be a protracted affair as it starts a full year before the first primary vote is cast to select a political party’s nominee.

For most of 2019, American television has been inundated with ads from political campaigns promoting their candidate or attacking competitors. As things stand, political campaigns are expected to spend over $6 billion trying to influence Americans with their advertisements.

Now that the field of candidates on both the Republican and Democratic sides have been reduced to a manageable amount, it becomes clear what impact each candidate will have on US foreign policy, and what this will mean for the Middle East.

With around 94% support among Republican voters, Donald Trump will be the sole Republican candidate and has a good chance of winning the election. Where in many countries political campaigns are focused on convincing the other side, American elections work differently.

The American political world is a divided one. Republican voters watch different TV shows, read different newspapers and visit different websites than Democratic voters. This has resulted in a situation where voters changing parties is not a big enough factor to influence who wins.

Instead, the two main political parties in the US have a base of support, and whoever excites their base the most has the best chance of winning—and Trump voters sure are excited.

Donald Trump plays a strange game when it comes to foreign policy and war. On one side he says he opposes all foreign intervention and that he wants to “bring American soldiers home,” on the other hand he has given US military leaders unprecedented freedom in their powers to make war. He has shown to have little regard for collateral damage and has repeatedly called for the targeting of the families of “terrorists.”

Trump’s repeated antagonism towards Iran reveals he is eager to try to bluff and bully to get his way, which could inadvertently lead to more war in the Middle East.

The fact that the Trump administration has so far ignored pleas from the Iraqi government to leave the country and the continued presence of two aircraft carrier fleets in the area do not signal a practical reduction of US efforts in the Middle East.

If President Trump is reelected, you can expect the US withdrawal in Afghanistan to continue, although US bases in Iraq would likely remain in order to keep Iran encircled.

Democratic Candidate Joe Biden: Back to the future

Former Vice President Joe Biden is currently leading the race to become the Democratic nominee on a pitch to bring the US back to 2016. He offers no grand policy changes or unique proposals, instead he aims to “restore” US politics to its pre-Trump days. Biden has offered to again sign up to the Paris Climate Accord, to reinstate fuel economy standards, and return to Obama-era immigration practices.

Biden is seen as the “unity candidate” by establishment Democrats. While at first the centrist vote was split among several candidates, an unprecedented move in US politics led all other candidates to drop out of the race. This unified the opposition to candidate Bernie Sanders, deemed by party elites to be too radical in his proposals.

Because of the way American democracy works, a Democratic candidate has to win a much larger proportion of the vote than a Republican in order to win. Whether Joe Biden really is “the one man who could beat Trump” remains to be seen, his repeated gaffes have led many to question whether Biden could energize the Democratic base enough to win a large majority of the vote.

Biden’s plans for the Middle East:

Biden promises to get rid of travel bans on people from Muslim countries and urges for an end to US support for the conflict in Yemen. However, he questions whether US troops should withdraw from Afghanistan and aims to keep a significant American presence in Iraq. As an establishment candidate, Joe Biden would undoubtedly do little to reduce America’s military industry or reduce Pentagon budgets. Instead he will focus on re-establishing US “influence” in the world and “reengaging” with allies currently scorned by Trump.

While Biden has criticized the Trump “peace deal” for Israel and Palestine and has criticized Israeli policies regarding annexation and illegal settlements, like Obama, he is unlikely to do more than employ rhetoric in support of a two-state solution.

Like most US politicians, Biden often mentions his unwavering support for the state of Israel and has often called on Palestinians to “eradicate incitement on the West Bank” and reiterates that Israel “has the right to defend itself” after Israeli violence in Palestine.

The only other potential presidential candidate is Democratic senator Bernie Sanders.

Sanders’ message revolves around a full restructuring of the US  in order to provide the poor and middle-class with more support.

He has promised to change the military-industrial complex, give every American healthcare, and fight the influence of money on politics. In response to these proposals, all of corporate America has fought his candidacy.

For months, anyone watching US television might not have known Sanders was in the race. TV shows chose not to mention his name unless it was to pronounce him a dangerous communist with no shot at the nomination. When he would poll first in a state, headlines would say “Joe Biden Second, Pete Buttigieg in a promising third position” and fail to recognize any success of the Sanders campaign.

However, the Sanders campaign used online resources to promote their message and soon become the chosen candidate of America’s young and marginalized. When it appeared he could actually win the candidacy before last month’s Super Tuesday, all other candidates unprecedentedly dropped out of the race to make sure he would not get the opportunity.

Although Sanders’ message calls for radical change, his message is polite and non-confrontational, giving him little chance against the enormous powers he attempts to challenge. Sanders currently trails Biden in the delegate count, with 736 delegates to Biden’s 890.

The Sanders plan for the Middle East

Sanders broke an American political taboo by humanizing Palestinians in a debate. While US politicians go out of their way to show their support for Israel and its government, Bernie Sanders has said Israel should not receive any more US support until Palestinians are treated with respect and as an equal part of an eventual peace agreement.

Sanders argues for an end to all foreign intervention by the US, wants an organized withdrawal of all US military members outside of its own territory, and promises to drastically reduce the almost $700 billion the US spends on its military each year.

It is not yet clear whether Bernie Sanders has the fight in him to challenge the entrenched powers that would deny him the nomination. The greatest chance for peace in the Middle East clearly would come from his nomination. The first Jewish president of the United States could have the legitimacy to oppose Israel and diminish US foreign influence in favor of policies focusing on strengthening the US from within.

Who will win the US presidential race remains to be seen. Currently, Donald Trump still appears to have the best chance, but the unpredictability created by the Coronavirus pandemic and the resulting consequences seen in global markets could upend the race and produce unexpected results.