The prosecution of al-Bashir symbolizes the end of decades of human rights violations, violence, and instability in Sudan. 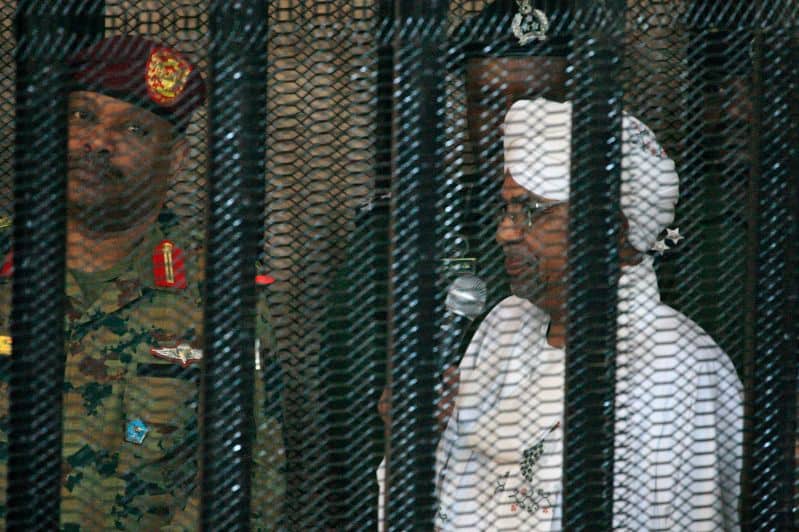 The government of Sudan announced Tuesday that ousted president Omar al-Bashir will be handed over to the International Criminal Court (ICC) for genocide, crimes against humanity, and war crimes.

Al-Bashir came to power in 1989 following a coup d’etat. He was ousted in April 2019 by the Transitional Military Council (TMC), following nationwide protests against decades of high-handed, repressive rule.

The three arrest warrants are connected to the crimes against humanity committed under the al-Bashir regime.

The decision to hand the former president to the ICC for justice came after the Sovereignty Council of Sudan reached an agreement with rebel groups from the Darfur region.

Al-Bashir faces three counts of genocide, five counts of crimes against humanity, and two counts of war crimes for his spearheading campaigns of a deadly crackdown on protesters as well as atrocities during the Darfur rebellion.

The ICC issued two arrest warrants against the 76-year-old former president, one in March 2009 for war crimes and crimes against humanity, and the second one in July 2010 for genocide.

Al-Bashir was also the first sitting president to be called by ICC to stand trial and the first defendant to be charged by the ICC with genocide, crimes against humanity, and war crimes at the same time, according to the court’s website.

But the former Sudanese leader refused to recognize the authority of the ICC when he was first charged with the crimes, describing it as a “political court.”

Following the widespread protests that led to his downfall in December 2019, Sudanese prosecutors sentenced al-Bashir to a two-year prison term in a correctional facility for corruption and illegitimate possession of foreign currency.

Also included in the litany of charges al-Bashir faces is the murder of protesters during the uprising that led to his removal from power. The 76- year-old former president was not detained, however, since Sudanese law prohibits the incarceration of convicts over the age of 70.

The charges against the ousted dictator were related to the crimes against humanity that he perpetrated during the War in Darfur between 2003 and 2008. He was detained in the Khartoum jail where he had incarcerated political opponents and dissidents during his rule.

Ahmed Youssif, a political activist who left Sudan in 2015 to seek asylum in France after suffering torture, told Arabia Policy, “The prosecution of al-Bashir and his supporters will give justice, finally, to the millions of families and lives they destroyed. We hope this means that we will soon be able to return home and build our lives and our country again.”

Youssif is one of the many Sudanese citizens who faced arbitrary detention, torture, and inhumane treatment for political dissidence and an array of other, fabricated charges.

According to Amnesty International, “the ex-detainees said they were also denied access to their families and lawyers. In some cases, the authorities seemed to deliberately make it difficult for their lawyers and families to find them, by transferring them from one detention facility to another.”

Seif Magango, Amnesty International Deputy Director for East Africa, the Horn and the Great Lakes, highlights the arbitrariness of arrests and the heavy-handed style in which al-Bashir ruled.

“People in South Sudan have been arrested for their political and ethnic affiliations and are then subjected to unimaginable suffering – sometimes leading to death – at the hands of the government’s security forces,” said Mango.

The War in Darfur broke out in February 2003 after rebels in the Darfur region of Sudan, the Sudan Liberation Movement (SLM) and the Justice and Equality Movement (JEM), fought back against the government’s genocide of the non-Arab population in western Sudan.

The government responded by equipping and supporting Arab militias to battle against the Darfuri rebels. The government-backed militias, known as the Janjaweed, spread terror among civilians and prevented international aid from reaching the internally displaced people and victims of their atrocities.

The then-government-backed ethnic cleansing and the violence that followed led to the killing of more than 300,000 of Darfur’s population and the displacement of around two and a half million, both externally and internally.

While many see in Al-Bashir’s prosecution the end of violence and horror in Sudan, as well as a new hope for the future of the country, the continued instability and tumultuous transition to democracy may mean a slow and difficult road to societal reconstruction.

Hope for the future

In the wake of al-Bashir’s removal from power, Sudan has a collective head of state, known as the Sovereignty Council of Sudan.

Created after the August 2019 Draft Constitutional Declaration, the council has been charged with paving Sudan’s way to a rule-of-law-based, democratically elected government. Meanwhile, Sudanese have great expectations for the council.

The 2019 constitutional declaration stipulates that the military chief of staff and head of the TMC, Abdel Fattal al-Burhan, will chair the Council for 21 months and then transfer power to a civilian to rule for the remaining 18 months.

Free elections will take place after the end of the transition period and are currently scheduled for November 2022. Both within Sudan and in the broader international community, however, the feeling of new hope that greeted the fall of al-Bashir is beginning to wane as citizens and interested parties look down the barrel of another 2 years of political instability.

In such a context of persisting fears and doubts over the future of the country, the interim government’s decision to hand over the former dictator to the ICC is expected to allay suspicions among Sudanese that the military council does not intend to hand over power to either a civilian government or an elected one.

The move will also have wider impacts within the international community, symbolizing the TMC’s willingness to engage in good faith with international norms and conventions, therefore emphasizing the council’s commitment to maintaining stability.

Some observers have suggested that the decision is also likely an attempt to persuade the US to revoke its 1993 blacklisting of Sudan. The US listed Sudan on its terrorism blacklist after the country allowed then-Al Qaeda leader Osama bin Laden to remain within its territory for more than five years.

In 1998, Al-Qaeda operatives orchestrated terror attacks on the American embassies in Kenya and Tanzania, killing more than 200 people.

On October 12, 2000, al-Qaeda bombed a US navy ship (USS Cole) while it refueled in a port in Yemen, causing the death of 17 US navy officers. Sudan was subsequently blamed for having a role in the bombing, alongside al-Qaeda.

On Thursday this week, Sudan agreed to pay $30 million in compensation to the families of the 17 US sailors who died in the USS Cole bombings.

Now the priority for the TMC is to lift the US sanctions to end years of economic isolation and attract foreign investments. An end to the sanctions would facilitate economic and social development in Sudan, smoothing the much-needed and hoped-for transition to democracy.