A family in Mafraq, Jordan was left devastated on Monday when a grenade the children found and brought home exploded, killing five people. 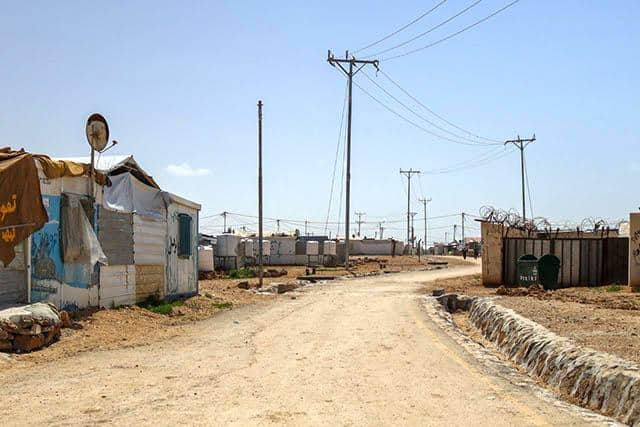 The grenade blast on Monday killed a mother and her four children, who allegedly brought the unexploded ordnance back to their neighborhood in Mafraq, 8 kilometers north of the Jordanian capital Amman.

An investigation into the tragic incident is underway, a spokesperson for Jordan’s Public Security Department told the state-run Jordan News Agency. The area is home to a number of military installations.

Meanwhile in Amman, Jordanian Foreign Minister Ayman Safadi reiterated his country’s support for a political solution to the conflict in neighboring Syria during a Monday phone conversation with the UN Special Envoy for Syria, Geir Pederson. Over 740,000 refugees are currently registered in Jordan, approximately 656,213 of whom come from Syria alone, according to UNHCR data.

Jordan places the number of Syrians residing within its borders closer to 1.3 million, and Safadi highlighted to Pederson the important humanitarian support the kingdom has provided throughout the Syrian conflict.

Safadi stressed to Pederson that due to the threat of novel coronavirus, Jordan will not permit any aid access to the Al-Rukban Syrian displaced persons camp from its side of the border.

The foreign minister told Pederson that Jordan “will not allow any aid to enter Al-Rukban Camp from its territory or allow the entry of any person from the camp to the Kingdom for any reason whatsoever.”

“The protection of Jordanian citizens from the coronavirus pandemic is a foremost priority,” Safadi added.

Jordan has recorded 425 coronavirus cases and seven fatalities, while Syria has reported just 39 cases and three deaths to date.

Some internally displaced Syrians have decided it is safer to abandon overcrowded camps such as Al-Rukban and return their homes, many of which have been reduced to piles of rubble by government airstrikes and opposition shelling.

Camp residents face a harrowing choice: Stay in an overcrowded environment with a high risk of contracting COVID-19 or return to a potentially bombed-out home, hoping the ceasefire holds.

“The number of returnees until the date of April 16, 2020, after the ceasefire in the region, reached more than 119,583 people distributed over the countryside of Aleppo and Idlib within the villages and towns far from the areas of contact with the Syrian regime forces,” Syrian Response Coordination Group said in a statement shared via Twitter.

Read also: Inside a Drastic Lockdown : Living and Working through Confinement in Jordan