Egypt, Algeria, Dubai have moved to ease some COVID-19 restrictions to coincide with the beginning of the Muslim holy month of Ramadan on Friday. 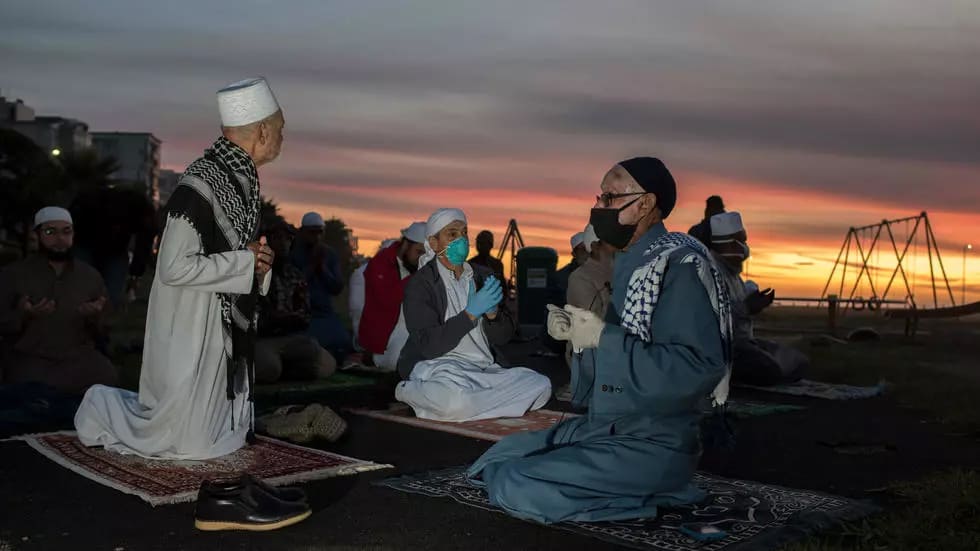 Algerian authorities will relax lockdown restrictions in Blida but tighten the curfew in nine other provinces, including Algiers, ahead of Ramadan. They will also conduct a review of the nationwide lockdown, currently scheduled to end on April 29.

expressed his sympathy for Algerians stuck in confinement, singling out those in Blida.

“I know that you are going through hard moments, notably our fellow-citizens in Blida, confined in your houses, sometimes in cramped apartments,” he said in a statement on Thursday night.

Tebboune also encouraged his fellow citizens “to show further solidarity, mutual help, discipline, patience and vigilance” in the wake of the COVID-19 pandemic and during the holy month of Ramadan.

Authorities will make a decision on further easing lockdown measures before the April 29 lockdown end-date, Minister of Health, Population and Hospital Reform Abderrahmane Benbouzid announced on Wednesday. He warned that it would be unwise to lift restrictions during Ramadan, “a month of meetings and outings,” adding that COVID-19 curbs must be lifted gradually.

“We will gradually lift the lockdown, allowing the population to move, but the measures announced (wearing masks, social distancing …) may remain for months or more. The end of the pandemic will be ensured only when no further cases will be reported,” Benbouzid told the Algerian Press Service.

Friday marks the beginning of Ramadan and the easing of some COVID-19 restrictions in the Emirati city-state of Dubai. The bustling metropolis has been eerily quiet under a strict lockdown designed to bring the virus’ spread under control.

From April 24, Dubai residents will once again be able to move freely, without a permit, from 6 a.m. to 10 p.m., the Ministry of Health and Prevention and the National Emergency Crisis and Disaster Management Authority (NCEMA) and Supreme Committee of Crisis and Disaster Management, headed by Dubai ruler Sheikh Mansour bin Mohammed bin Rashid Al Maktoum, decided on Thursday.

“The decision to reduce restrictions on movement in Dubai follows a careful assessment of the current situation and analysis of reports from various authorities working to combat the pandemic,” the committee said in a statement carried by state-run news agency WAM.

In an exciting Ramadan development, Dubai authorities are permitting family visits of no more than five people in total, between “first and second degree relatives.” Dubaians have been reminded that mosques remain closed and public prayers are prohibited, but they are welcome to perform prayers and Taraweeh together at home, with members of the same household.

Shopping centers, markets, and eateries (excluding buffets and shisha cafes) can also reopen but may only operate at up to 30% of their capacity to reduce overcrowding. Up to three people will now be allowed to exercise outside, within their area of residence, for 1 to 2 hours as long as they wear a mask and keep their distance from one another.

Businesses outside the retail and hospitality sector will also be able to reopen their offices, but can only have 30% of their workforces on-site. Companies are encouraged to keep their employees working from home unless absolutely necessary, and to sterilize their premises on a daily basis.

The country’s curfew will be pushed back from 8 p.m. to 9 p.m. and end at 6 a.m. during the month of Ramadan. Shopping malls will now be allowed to open until 5 p.m. on weekends, when they were previously forced to close.

Government offices responsible for issuing drivers licenses, recording deeds, and other key documents will also be allowed to reopen during the holy month. The situation will be reassessed in two weeks, the prime minister said.

“We have balanced between taking preventive measures against coronavirus and allowing the economy and production to continue,” Madbouly said.

As Madbouly announced the easing of restrictions, the number of coronavirus cases reported also saw a sharp increase. Officials recorded 232 new cases on Thursday, the highest number of new cases since the disease was discovered in Egypt in February. This brought the country’s COVID-19 tally to 3,891 infections and 287 fatalities.

The jump in the number raises questions over whether easing restrictions is the right move, and if people will continue to respect them during Ramadan, which is normally a time of family and community gatherings.

There was a strong indication that impatience with COVID-19 curbs is growing after a large crowd of people celebrating the beginning of Ramadan processed through the streets of Alexandria on Thursday night.

The parade was in direct contradiction of President Abdel Fattah al-Sisi’s Wednesday order for Egyptians to maintain social distancing and avoid large gatherings. The raucous procession carried a large model of the Kabaa, while singing and dancing its way through the city’s streets.

The march began before curfew, but the interior ministry nonetheless arrested its organizers. Videos of people touring Alexandria with the Kaaba on their shoulders went viral on social media, and received backlash from users who thought their actions were highly irresponsible in the wake of COVID-19.