A virtual meeting in the office of Saudi Arabia’s Crown Prince has thrust artist Jassim Zaman into the limelight. 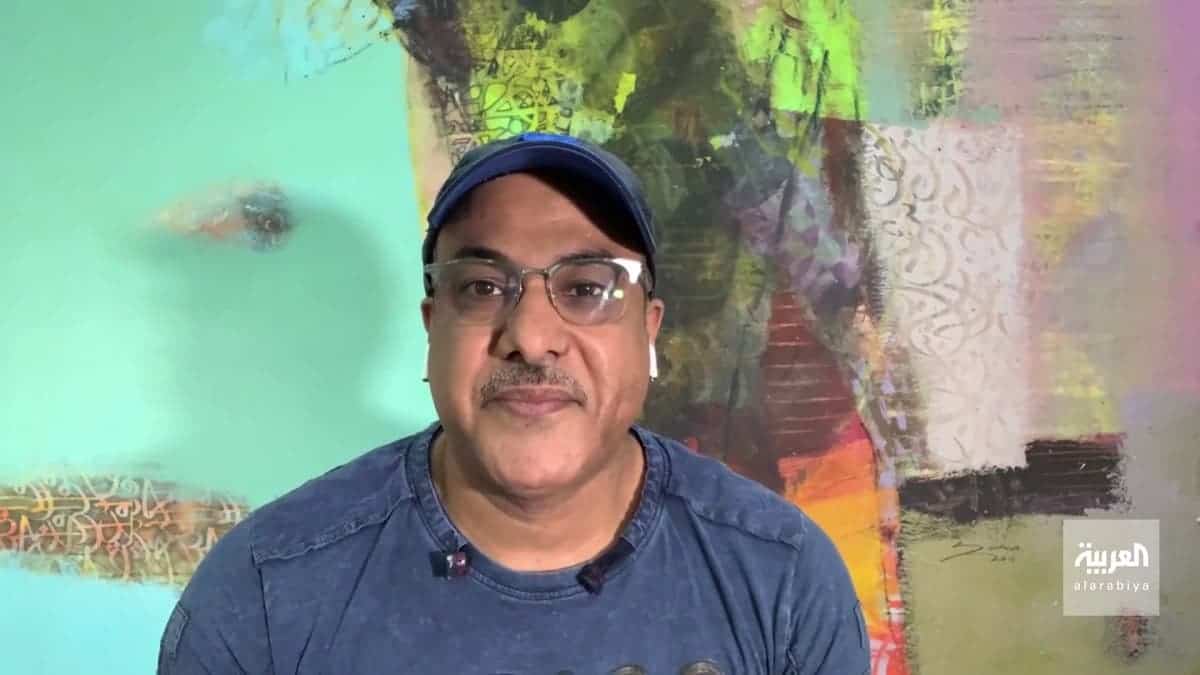 Jassim Zaman, a Saudi Arabian mixed-media artist has had a long and distinguished career, at home country and internationally. However, after 30 years in the industry, the social media buzz around the painting shown in Crown Prince Mohamad bin Salman’s has turned Jassim into an overnight star in Saudi Arabia.

Jassim, who is from the oil-city of  Qatif in Eastern Saudi Arabia, has exhibited his works throughout the Arab World, North Africa, and Europe. His rich, textural paintings are also held by major collections like that of Saudi Princess Jawaher bint Majed bin Abdulaziz Al Saud’s Al Mansouria Foundation and Saudi’s oil company Aramco.

The artist says he had no idea one of his paintings was hanging in pride-of-place in the Crown Prince’s office until Tuesday. Jassim said he was shocked when friends and family started sending him congratulatory messages after seeing the painting when photos from a virtual meeting aired on April 28.

“I was surprised at the beginning obviously. I received a lot of messages from friends and relatives that they saw my painting in His Highness’ office,” he told Al Arabiya on April 30.

“At first, I didn’t want to confirm that it was my painting because the painting in the photograph appeared very far in the background and I wanted to make sure that it was actually one of my works,” Jassim said.

“The matter that is more important is not that my work only appeared in such an important place, but it shows how much importance and significance this will add to the local artists and industry as a whole,” a proud Jassim said.

Riyadh-based L’Art Pur Gallery has been a big supporter of Jassim’s work. The Gallery, which was one of the first modern art houses in Saudi Arabia and the biggest exhibition spaces in the Middle East, describes Jassim’s work as “heavily textured with unusual forms” and “enriched with symbols, tattoos, patterns and calligraphy and narrates a simultaneously stark and rich visual story.”

“I’ve been practicing fine art for a number of years, especially painting. The painting which went viral in recent days, I painted three years ago exactly and it contains traditional motifs and calligraphy,” Jassim said.

Saudi Arabia’s Art and Culture Minister Prince Badr bin Abdullah bin Farhan said it is no coincidence that the colourful painting, featuring calligraphy and layers true to Jassim’s style, has now found its way onto the wall of one of, if not the most, powerful people in the Kingdom.

“For your information, His Highness the Crown Prince since 2013 requested that all his official offices and workplaces hold artistic works made by Saudi Arabian hands,” the Prince Tweeted on Thursday.

Promotion of Arts and culture within the Kingdom is one of the pillars of the country’s Vision 2030 reform strategy championed by the Crown Prince.

“Vision 2030 states that culture is “indispensable to our quality of life” and notes that the Kingdom must increase both the quality and quantity of its cultural activity. The Ministry of Culture will deliver on both counts,” Prince Badr said in a message published on the Ministry’s website.