The kingdom imposed on Monday a 24-hour curfew in the capital Riyadh and a number of other heavily populated cities, effective immediately. 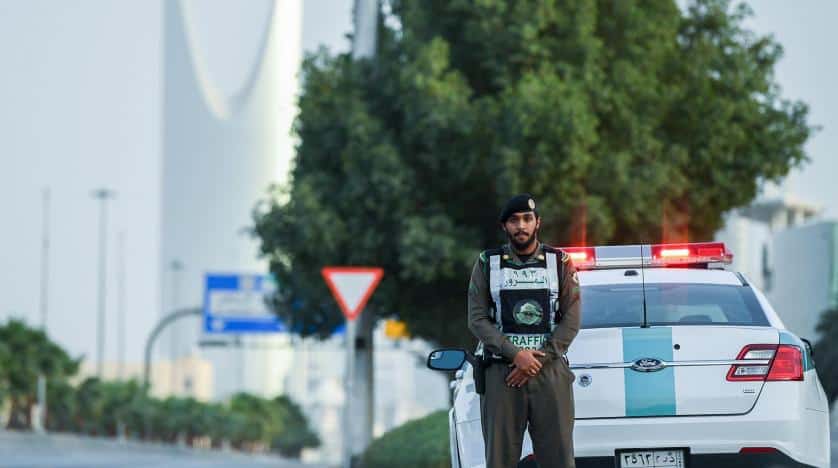 Saudi Arabia announced on Monday, April 6 a 24-hour curfew in five major cities and four governorates, after the country recorded 82 new cases of COVID-19, raising the Gulf state’s total to 2,605.

Saudi television channel “Al-Ekhbariya” shared the statement from the country’s Ministry of Interior the same day.

The curfew will apply to the capital, Riyadh, as well as to the cities of Jeddah, Dammam, Dhahran, Tabuk, Hofuf, Taif, Al Qatif, and Khobar, the interior ministry said in a statement published by the state’s official Saudi Press Agency.

All commercial entry to or exit from those areas will not be allowed, except for vital workers. Residents are allowed to leave their homes for medical or food needs inside their residential area and between 6 a.m. and 3 p.m. only.

The country’s 2,605 cases included 38 fatalities and 551 recoveries, according to the statement.

Saudi authorities said that residents of the two cities will be allowed “to leave their homes to meet only necessary needs, such as health care and food supplies food supplies,” further specifying that residents are only allowed to access such needs in their immediate neighborhoods, during the period of 6 a.m. until 3 p.m.

Authorities prohibited commercial activities inside the two cities’ residential neighborhoods, except for pharmacies, grocery stores, gas stations, and banking services, according to the same source.

The Ministry of Interior is calling on citizens and residents to engage express delivery services through smartphone applications. Residents can use the applications to request food, medicine, and other excluded goods and services for home delivery.

Mecca and Medina were already in lockdown

The kingdom restricted movement in the two cities 24 hours a day, and prevented entry to or exit from the cities until further notice.

Banten added that the curfew does not prohibit the entry and exit of vital sector employees.

The kingdom has taken several strict measures regarding movement, including stopping international flights, suspending Umrah for the duration of the year, and closing mosques, schools, markets, and restaurants.

The Gulf states have taken strict measures to cope with the outbreak of the virus. with the major airports in Dubai and Abu Dhabi in The United Arab Emirates announced a temporary suspension of all passenger flights to and from the major airports in Dubai and Abu Dhabi effective March 26. Emirates and Etihad airlines have suspended all flights, and the UAE has urged people to stay at home. The UAE closed some stores in Dubai’s shopping centers, but has not announced an official curfew or suspension work.

Kuwait also imposed a curfew, and said that violators of the measure from foreign countries would be deported. The government also imposed complete isolation of two densely populated areas and decided to suspend business in ministries, agencies, and public institutions until April 26, as a precautionary measure to combat the coronavirus pandemic.

Authorities extended the partial curfew by two additional hours, effective April 6 until further notice. Curfew allowances now start at five a.m. and continue until six p.m. The Ministry of Interior urged citizens to remain in their homes, even during daytime hours.

Jleeb Al-Shuyoukh and Mahboula, which are densely populated and inhabited by poor migrant workers, will be subject to complete isolation.

The number of coronavirus cases worldwide exceeded 1 million on April 6, including over 73,000 fatalities and more than 277,000 recoveries.