The US military is implementing stringent measures to prevent the spread of COVID-19 among its ranks. 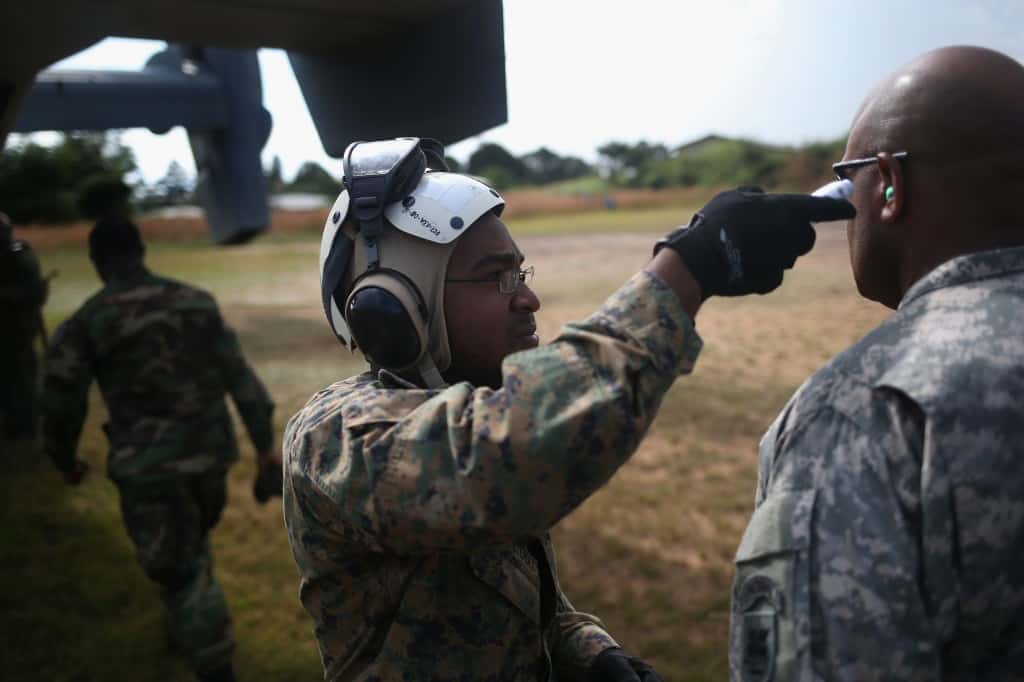 US military personnel home from recent deployments in the Middle East returned to a country in crisis. The United States is now the country with the most reported confirmed COVID-19 cases (143,532 as of March 30 at 4pm ) and infection rates among US service members are relatively high.

Many US bases are located on Iran’s perimeter which means military personnel have been serving in close proximity to the Middle East’s worst-hit nation. While the number of cases in Iraq and Afghanistan is still relatively low, returning military members are closely monitored.

US soldiers returning to Fort Bliss, Texas were led into buses without water or bathrooms, then into cramped barracks where they should remain for the duration of their quarantine, reported the Associated Press.

While in quarantine, troops received insufficient food and water and were not permitted to “walk down the hall, go outside or exercise,” according to the same report.

As the Pentagon deals with the virus spreading among its ranks, many military members are asked to self-isolate. Soldiers who do so must leave the barracks where they are stationed. If there is a risk of infection, these soldiers cannot return home, to prevent infecting family members. These soldiers that can neither self-isolate at home nor at facilities provided by the government have been promised extra pay to cover expenses.

These soldiers qualify for “Hardship Duty Pay Restriction of Movement.” This covers the cost of lodging, providing up to $100 per day for 15 days each month.

The US military announced its first case on March 1: “We had a breach in our perimeter.”

In weeks since, the US government has asked retired medical personnel to return to duty and many soldiers are stuck at their bases because troop movement is restricted. The US stimulus bill, passed on Friday, March 27, mobilized $20 billion for veteran care. Many former military members could be at risk of COVID-19 infection within the country’s civilian population.

The base in South Korea where the first US military infection case was detected implemented severe measures to isolate the virus. Office buildings were closed, as well as the base’s schools and leisure facilities. The US military has implemented more stringent measures than the civilian population faces, but containment proves difficult because soldiers regularly mix with civilians outside of duty.