The decision raises questions about the safety of LGBT+ football fans at the FIFA World Cup Qatar. 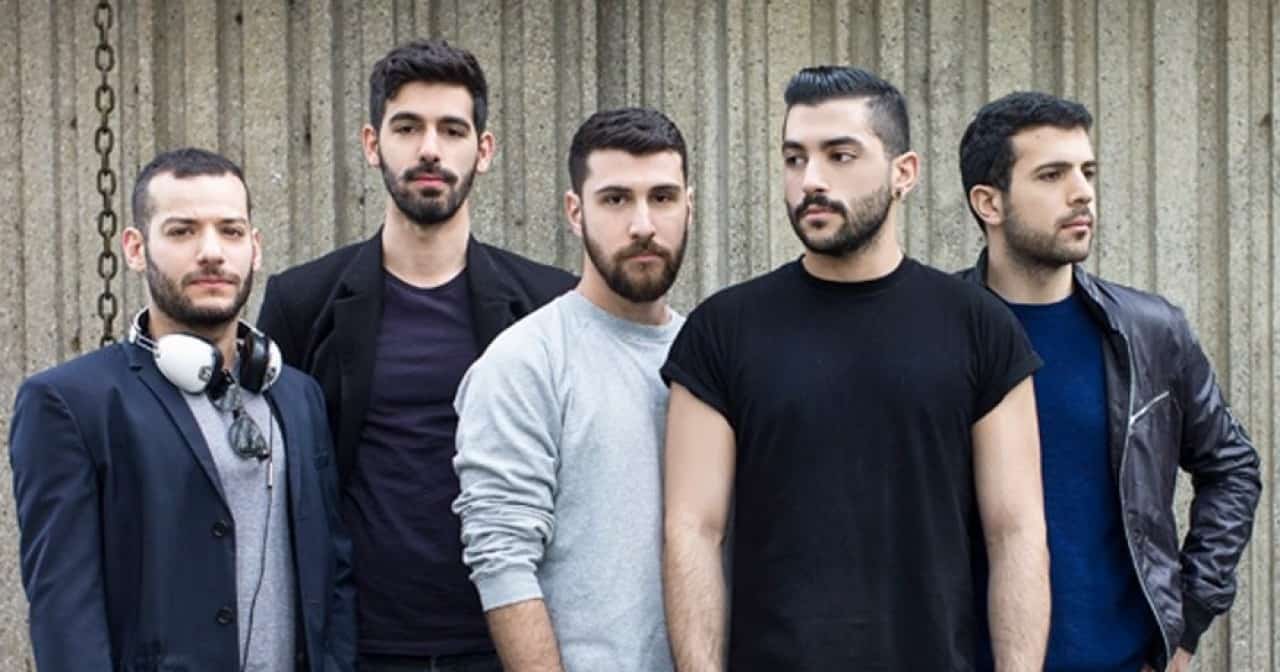 Outspoken indie rock band Mashrou’Leila has found itself at the center of controversy again after the cancellation of the lecture they were scheduled to give on “media revolutions in the Middle East” at North-Western University in Qatar on February 4, 2020.

One of the most popular bands to come out of the Arab world, the group’s sustained brilliance has earned them a dedicated international following over the last decade. Rolling Stone Magazine describes Mashrou’Leila’s music as “funky, violin-adorned, socially-engaged indie rock.”However, due to their stance on social issues and the unapologetic outspokenness of the band’s openly gay singer, Hamed Sinno, the group has regularly found itself at the center of fierce controversy in the MENA region.

Calls to cancel the band’s speaking engagement in Qatar began on Twitter with the hashtag #We reject the Mashrou’Leila lecture.

In response to the backlash on social media, North-Western University in Qatar announced, in agreement with the prominent band, to move the talk to their Evanston, Illinois campus. A new date is yet to be announced.

In a statement to Reuters, Northwestern’s Director of Media Relations Jon Yates said, “The decision to relocate was made out of an abundance of caution due to several factors, including safety concerns for the band and our community.”

He added: “We hope that event will facilitate a larger discussion. . . about aspects of civil liberties and freedom of expression that are not always open to such discussion in all parts of the world.”

Qatar is the latest country in the Arabic world to push back against Mashrou’Leila. The progressive band’s stance on freedom of speech, gender equality, sectarianism, and gay rights has led to a conservative outcry across the Middle East and North Africa. Despite this, they maintain a huge fanbase, performing to packed stadiums and regularly releasing new music to widespread acclaim.

Mashrou’Leila was banned from performing in Egypt, and a number of fans were jailed in a crackdown on minorities following a concert to a crowd of 35 000 at a  Cairo festival in 2017. Jordan barred the group in 2016 and 2017.

Mashrou’Leila’s appearance at Byblos Festival in Lebanon was also canned in July last year due to threats against the band. Organizers pointed to menacing social media posts and pressure from homophobic members of influential Christian groups, saying that they felt they had to  cancel the event “to prevent bloodshed and preserve security.”

In the 12 years since the band formed at the American University of Beirut, they have played numerous concerts in their home nation without incident. Lebanon has long been considered a haven of freedom in the Arab world and the cancellation was decried by human rights activists, prompting protests.

In an interview with GQ Middle East, band-member Firas Fakher said, “It’s not a coincidence that it happened at a time of huge economic problems and fears being stoked”.

Commentators agree, with many pointing to the cancellation as indicative of a worrying regression of tolerance, and individual freedoms enjoyed by citizens of the country plagued by economic and political troubles.

Meanwhile, discussion around Mashrou’ Leila’s Qatar visit has also raised the issue of the freedom and safety of LGBT+ football fans planning to travel to the FIFA World Cup Qatar 2022.

Immediately after Qatar won the hosting rights for the World Cup in 2010, former-FIFA President Sepp Blatter’s advice to LGBT+ supporters to “refrain from any sexual activities” while in Qatar, raised eyebrows. It also appeared contradictory to FIFA’s Human Rights Policy, which strictly prohibits discrimination of any kind.

FIFA also requires that countries bidding to host the World Cup demonstrate “respect for human rights.” The organization, which prides itself on being  committed to social inclusiveness, has long said it espouses a policy of “promotion of diversity and zero tolerance for discrimination.”

Qatar has until now played along, promising to abide by FIFA regulations and actively engaged with concerned supporters. However, the recent outcry over Mahrou’Leila’s planned lecture in Qatar flies in the face of the Gulf state’s recent efforts to reassure LGBT+ football fans they will be safe and welcome.

In the past few months, Qatar has sought to ally supporters’ safety fears and human rights concerns. Qatari officials have met with fans of English football club Liverpool FC, including gay supporters club, the Kop Outs.

Kop Outs founder Paul Amman and his husband were subsequently invited on a fact-finding visit to Qatar in November 2019. After the trip, Amman told AFP, “I’m very satisfied that their approach is to provide an ‘everyone is welcome’ ethos that does include respect, albeit through privacy.”

Amman continued, “I’m not sure if rainbow flags generally will ever be accepted ‘in-country’, but maybe in stadia.”

In an additional statement on the Kop Outs Facebook page, Amman reiterated that Qatar is a very private country. He echoed chief executive of the FIFA World Cup Qatar 2022 Nasser al-Khater’s advice: avoiding public displays of affection would enable gay fans to remain unidentifiable and peacefully enjoy the World Cup.

In September, al-Khater emphatically proclaimed that all football fans would be safe in Qatar, regardless of their religious affiliation or sexual orientation. “I would like to assure any fan, of any gender, (sexual) orientation, religion, race (should) rest assured that Qatar is one of the safest countries in the world – and they’ll all be welcome here,” the Qatari official said.

He went on to explain that the Gulf country is making considerable efforts to ensure the safety of fans who will be traveling to the country to enjoy football’s most celebrated showpiece. “There’s a lot of training going into security personnel to make sure that things that are culturally different are seen in that frame,” said al-Khater.

For his part, Kop Outs’s Paul Amman agreed. “Qatar has moved significantly in recent years. . . I do not feel this has moved enough yet, but there is still progress being made,” concluded his statement after the fact-finding trip to the Gulf country.

“Football and its fans have (sic) a power to help change things for the better in Qatar for migrant workers, for LGBT+ people, and for our experience and safety at tournaments,” Amman also said.

But for all the talk about considerable efforts being made and changes gradually happening, the social media furor surrounding  Mashrou’Leila’s talk shows a gulf remains between every-day citizens’ and Qatari authorities’ outward attitudes to LGBT+ rights.

It remains to be seen how the LGBT+ community will be accommodated at the World Cup 2022. Like Russia, Qatar may surprise fans with its acceptance of gay visitors, but rights and conditions for the local LGBT+ community are unlikely to change.