Iran, Turkey, Tunisia, Britain, and others have released prisoners, while the US and China hesitate to do the same. 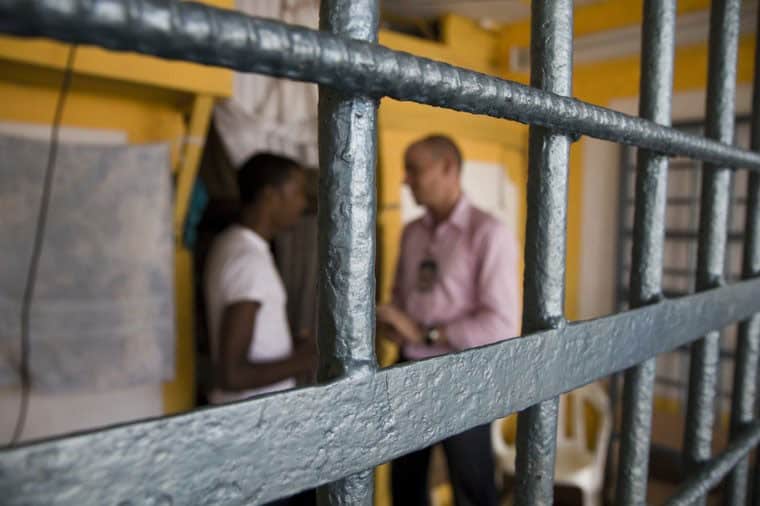 While many people around the world feel deprived of their freedom like never before, prison inmates are being released as a public health measure.

Unprecedented prisoner releases are happening across the globe. In Africa, Somaliland released 574 prisoners, according to Anadolu Agency. Sudan and Ethiopia are releasing 4,000 prisoners each. Human Rights Watch is calling for the release of prisoners in Cameroon.

In the greater Middle East, Afghanistan has already released 10,000 prisoners, Turkey is set to release 45,000, and Iran has released 85,000 inmates. UN experts have called on Yemen to empty its prisons, saying that “the health system in Yemen is on the brink of collapse and that prisoners must cope with a lack of adequate food and minimum standards of hygiene that contravene standards set by international law.”

In Asia, the Jakarta Post reported that Inodenisa released 5,500 inmates from crowded prisons and plans to release 30,000 in total. India’s Supreme Court on March 23 issued a directive to release Indian prisoners in efforts to “decongest” the country’s prisons. India has 450,000 inmates in its prison system, which is 17.6% over capacity according to the Indian National Crime Records Bureau. Human Rights Watch urged the release of Thai prisoners after COVID-19 rumors triggered a riot in Buri Ram Prison in eastern Thailand.

In North America, Canada’s public safety minister requested the early release of federal inmates. “This pandemic continues to evolve and we have been clear that our response will as well,” a spokeswoman for the minister announced.

“Authorities should examine ways to release those particularly vulnerable to COVID-19, among them older detainees and those who are sick, as well as low-risk offenders,” Bachelet continued.

The exceptions: China and the US

China has recorded 806 confirmed COVID-19 cases in its prison system but has yet to release any inmates. Little is known about the current state and safety of China’s prisoners, and no national official has publicly discussed the idea of a release.

The US holds the most prisoners of any nation. With 2.3 million people in jail, the country holds almost one quarter of all incarcerated people in the world. US President Donald Trump has indicated that he might consider releasing “totally non-violent prisoners” through an executive order, but faces opposition from both Democratic and Republican lawmakers.

With no indication of rapid action on the federal level, families of the imprisoned hope that state governments might step in.

In New York State, which has the most recorded COVID-19 infections in the world, officials requested the release of 1,500 inmates. New York Governor Andrew Cuomo faces criticism for using prison labor to produce hand sanitizer.

The Los Angeles Times reported that California is planning early releases of 3,500 inmates. The daughter of one California inmate told the LA times, “He feels like he’s in a Nazi Germany death camp. They basically locked them all in the ‘sick’ dorm and are only taking guys out with a high fever.” The woman reported that inmates are poorly cared for: “An inmate in his dorm of 150 men just tested positive, so they put his entire dorm on lockdown. He can’t get bandages he needs for open sores from an autoimmune disease. He’s 72 and due out in August.”

The Texas observer reports that public health experts and advocates join inmates’ families in a call for releasing prisoners at high risk for infection. “If he gets sick, it’s possible I may never see my husband again,” the wife of one Texas inmate said.

But many in the US are resistant to the idea. “Certainly there’s going to be infections in our prisons. We have to make sure the prison system is capable of handling that,” Democratic Congressman John Garamendi said. The mayor of Honolulu, Hawaii told the Honolulu Civil Beat that “our prison could actually be the safest place in terms of COVID-19.” Hawaii Prosecuting Attorney Justin Kollar described the local situation as “a ticking time bomb.”

In the US, anti-drug laws have led to a large prison population of non-violent offenders who, once freed, would be difficult to re-imprison in the current era of tolerance towards cannabis use.

Both nations also employ variations of forced prison labor that create an economic incentive against releasing prisoners. Uyghurs in China undergo forced labor while in the US, many prisoners make less than $1 an hour and face spells in isolation cells if they refuse to work. These practices are permitted by the US constitution’s thirteenth amendment which allows slavery as punishment for crimes. The US also engages private contractors in running many of its prisons, and profits encourage recidivism.

Governments around the world are seeing their imprisoned citizens in a new light, and human solidarity is extending through prison walls. Still, many families of incarcerated people still face the fear of their relatives becoming infected in institutions that have limited healthcare capacity. Releasing all non-violent prisoners worldwide is still some time away. In this strange time the words of the world’s most famous former prisoner, Nelson Mandela, come to mind: “Action without vision is only passing time, vision without action is merely day dreaming, but vision with action can change the world.”