The number of confirmed novel coronavirus (COVID-19) cases in Spain has tripled. However, no news disease prevention precautions are in place at the Ceuta border crossing. 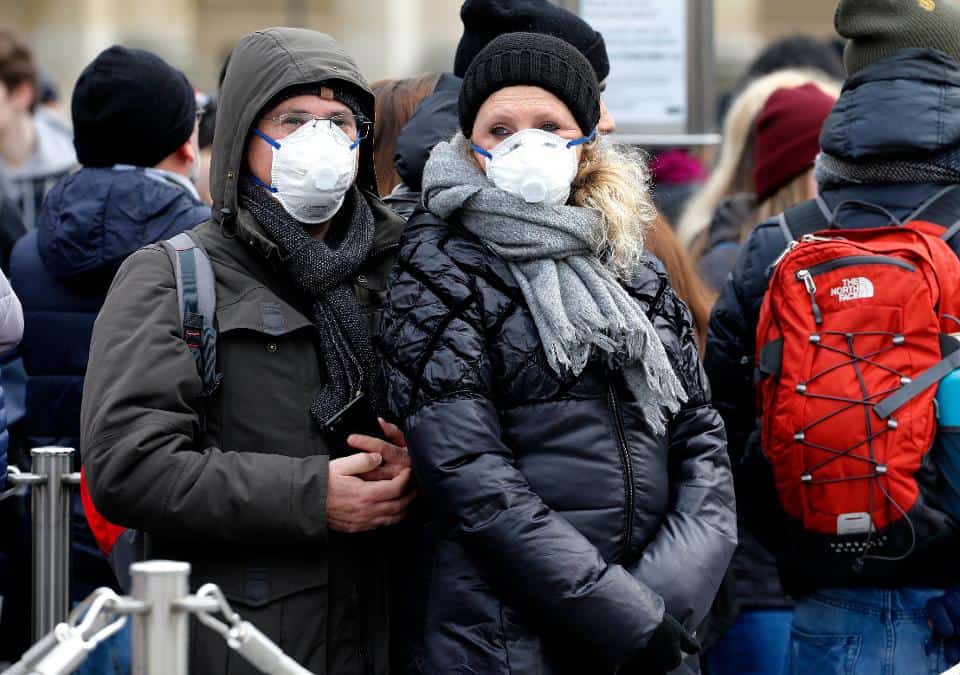 Spain now has 1622 confirmed cases of COVID-19 and recorded 35 deaths from the virus. The country now has the fifth-largest number of cases worldwide and the second-highest tally in Europe, after Italy.

The dramatic increase in cases over recent days has prompted the Spanish government to implement harsher containment measures to try to avoid an “Italian “Scenario,” the Financial Times reports.

Spain has banned large scale gatherings, parliamentary plenary meetings, and flights to Italy. Schools and education facilities in the Madrid and Basque regions, where the outbreak is worst, closed for two weeks beginning on Monday.

A week ago large crowds filled the streets of Andalusian towns Seville and Jerez, without a facemask in sight, to enjoy the Spring sunshine on a holiday weekend.

The rapidly growing outbreak of novel coronavirus in Spain raises questions about Morocco’s current screening measures and general preparedness for a similarly large spread of the virus on its soil.

With just five cases identified at present, the atmosphere in Morocco remains relaxed. Very few people are wearing masks in public, and despite sporting events being banning spectators, public gatherings and everyday life seem to be continuing as normal.

In addition, Arabia Policy can report that unlike in Australia, the toilet paper aisles in local supermarkets remain fully stocked and Moroccan citizens have not yet fallen victim to panic buying.

No COVID-19 measures at Ceuta

The same nonchalance towards the virus seems also to be in place at Morocco’s borders. A source returning to Rabat from Seville on March 1, told Arabia Policy that she was simply asked to fill out a ‘Public health Passenger’ form by immigration officers.

There were no other health checks for passengers on the flight, and she received no further communications from authorities after arriving in Morocco.

The same source crossed the border from Morocco into Spain at Ceuta on Sunday and returned Monday. She was not once asked to fill out a passenger form or posed any questions relating to her health when entering or exiting either country. She did not observe forms being distributed to others at the terrestrial border.

The ‘Public Health Passenger’ forms can be found on the Health Ministry’s website and require people to provide their contact details and indicate if they have transited through China.

The form asks if, during the last 14 days passengers have had an acute respiratory infection or fever; been in contact with a person infected with or suspected of having coronavirus. The form also asks if travelers have been to a hospital or lab where a coronavirus infection is suspected.

Moroccan authorities’ focus has, thus far, been on travelers coming from Italy. The developing situation in Spain however, suggests measures to minimize travel may need to be extended to include Morocco’s closest European neighbor too. That may prove a far more difficult due to the volume and ease of transit between Morocco and Spain by land, sea, and air.

Up until now, Morocco has remained relatively untouched by the virus, but on Tuesday its health Ministry announced an 89-year-old woman became the first person to succumb to COVID-19 in the country.

The elderly woman had recently returned to Casablanca from Italy and was suffering from heart and respiratory diseases. Her weakened immune system made her more susceptible to the virus, despite receiving the best care, the ministry noted.

The unfortunate news was followed by a press conference later on Tuesday where the health ministry’s Director of Epidemiology and Disease Prevention, Mohamed El Youbi, stated Morocco currently has a total of five identified cases of COVID-19.

At a press conference in Rabat, El Youbi said the latest people to test positive for the virus in Morocco were a 39-year-old Moroccan man returning from Italy and a 52-year-old French tourist who is currently hospitalized in Marrakech. Both men remain in a“reassuring” condition, he added.