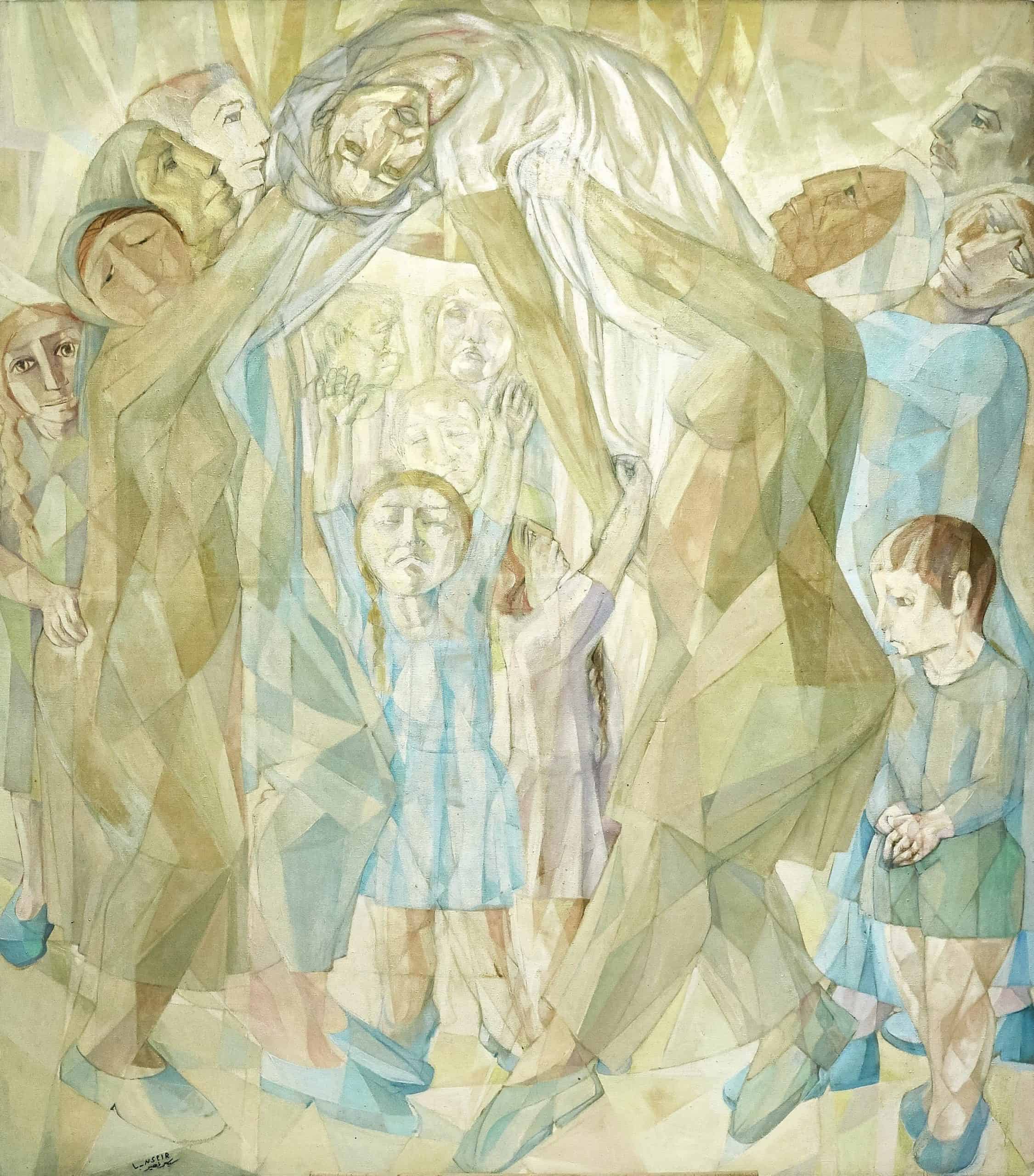 The exhibition, “A Century in Flux,” is a selection of works from the Barjeel Art Foundation’s contemporary collection that highlights 20th century Arab modernist art and confronts gender disparity. Although coronavirus restrictions are starting to ease in the United Arab Emirates (UAE), the online exhibition gives modern art fans an opportunity to enjoy the collection from the comfort and safety of home.

Art enthusiasts from around the world can virtually “walk” through the collection, currently on display at the Sharjah Art Museum. The opportunity allows “visitors” to acquaint themselves with artists and works, some well known others unheard of, which form the canon of modernist Arab art from 1885-1985. The exhibition reflects the collector Sultan Sooud Al Qassemi’s interest in the ways that Arab artists have responded to historical events and to their corresponding impact on human life over the course of a tumultuous century.

“A Century in Flux” also seeks to “address notions of institutional representation and, in particular, to confront the question of gender disparity in the art world and its influence on the writing and teaching of art history,” the Barjeel Foundation says.

The 126 works on display are evenly sourced from male and female artists, an attempt to address the “disproportionately low percentage” of works by woman artists displayed in galleries worldwide. Female artists from the Arab world are no exception, and although many of the women whose works are exhibited in “A Century in Flux” were very active in the 20th century, little is known about them.

“We felt like it’s really a shame that these histories are not better known – they’re sort of erased. These women were written out of history and we wanted to discuss why this happened,” the Barjeel Art Foundation curator, Suheyla Takesh said in an interview with Al Arabiya English.

According to Takesh, there is no lack of quality works by female artists, but the combination of unconscious societal biases and structural impediments, from education to family expectations, has pushed them out of the limelight.

“If we go way back in history, the very first art school that was opened in the region was in Egypt in 1908. At that point, they only admitted men. Women were being admitted to that school nearly 30-40 years later.”

“A lot of times, for women back then, who were active in their youth, once they had a family, it would sort of be unusual for a woman to continue practicing,” she said.

One of the female artists showcased is Syrian modernist painter Leila Nseir, whose works explore mortality and working-class life. Her 1978 work, “The Martyr (The Nation)” is the poster-painting for the exhibition. Despite the main subject being male, a strong female presence carries the work.

Nseir was born in Latakia, on the Mediterranean coast and learned her craft at the Faculty of Fine Arts in Cairo during the “swinging sixties.” Three of her paintings are featured in “A Century in Flux,” providing an important reminder of Syria’s vibrant, cosmopolitan art history and the war-torn nation’s talented women.

It is not only female artists, but 20th century modern art from the Arab world in general that has struggled for recognition. Barjeel Foundation founder Sultan Sooud Al Qassemi said he began the collection to fill a gap in the historical repository of art from across the region, and to expand the understanding of the Arab World.

Al Qassemi, who rose to prominence for his activism during the 2011 Arab Spring, is now an Arab art evangelist and educator. He believes it is an important way of sharing the region’s stories with the world.

“The story of the Arab world is one of great complexity—yes, it includes sad and unfortunate chapters, but it also is full of creativity, hope, and perseverance,” he told the Journal of Middle Eastern Policy and Politics.

“I teach a 13-week class on creativity in the Arab world and the Middle East, and my only regret is that I don’t have enough time to explore all the different facets of this creativity as well as all the countries in the region,”

”When the world is better acquainted with our human story, I believe that will contribute to a greater understanding, appreciation, and respect for my region.”

“A Century in Flux” is on display physically and virtually at the Sharjah Art Museum until August 2020.