Edelstein’s resignation could allow opposition lawmakers to take control of the legislative process. 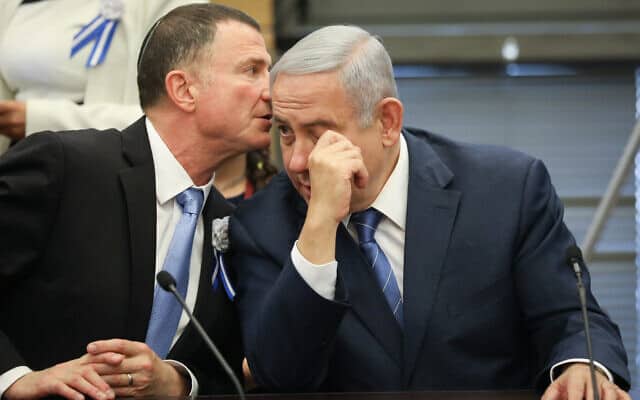 Knesset Speaker Yuli Edelstein submitted his resignation on Wednesday, March 25. The announcement came just hours before the High Court of Justice’s deadline, which was set to allow elections for a successor. The move comes as a political blow to Prime Minister Benjamin Netanyahu.

“As someone who has paid a personal price of years in a labor camp for the right to live in the State of Israel, as a Zionist and as the speaker of this house, I won’t allow Israel to descend into anarchy, I won’t lend a hand to civil war,” Edelstein, who spent three years in a Soviet gulag, said in a statement.

Edelstein cited the novel coronavirus crisis and Israeli leader Reuven Rivlin’s call for a “national emergency government” as reasons for delaying a vote for the speaker position, following an inconclusive national election on March 2.

Edelstein referred to five Likud party justices who told Edelstein late Monday night, March 23, that he must yield to a vote for his successor no later than Wednesday.

Edelstein attacked the Israeli Supreme Court, saying that the decision destroys the parliament’s work and violates its sovereignty.

The decision “constitutes blatant and rude interference in the affairs of the elected legislative authority” and “undermines the foundations of Israeli democracy,” Edelstein added.

“The Supreme Court’s decision is a wrong and dangerous decision,” the former speaker continued, stressing his position that Israel needs a unity government.

Prior to his resignation, Edelstein rejected the opposing Blue and White party’s request to set a session to elect a new Speaker of the Knesset. The Israeli Supreme Court issued a decision obliging Edelstein to resign to allow elections by Wednesday, March 25.

The opposition party holds 61 seats in the 120-seat Israeli Knesset. The majority could allow opposition members to choose a new Speaker of the Knesset from outside the Likud party, which has dominated Israel’s parliament since 1973.

Observers note that removing Edelstein from the Knesset will weaken Netanyahu’s position. The prime minister’s rival, Benny Gantz, was tasked with forming the government in the wake of elections that took place on March 2.

The Blue and White party seeks to control the parliament and oversee the Israeli government’s response to the coronavirus crisis.

The party is pushing for legislation that would prevent a Knesset member facing criminal charges to become prime minister. This would block Prime Minister Benjamin Netanyahu, who has been indicted on three criminal counts, from his goal to form a new government.

Justice Minister Amir Ohana limited Supreme Court sessions as a social distancing measure in the wake of the COVID-19 crisis, which effectively delayed Netanyahu’s trial until May.

Right-wing Israeli representatives loyal to Netanyahu boycotted the Knesset’s session on Monday, March 23, in response to the Blue and White party’s “dictatorial behavior.”

Read also: Netanyahu Calls for Forming of Emergency Government in Face of COVID-19