NGO AlarmPhone alleges Maltese authorities ignored a migrant raft’s distress calls for 18 hours and that other migrants have been turned back into Libyan waters. 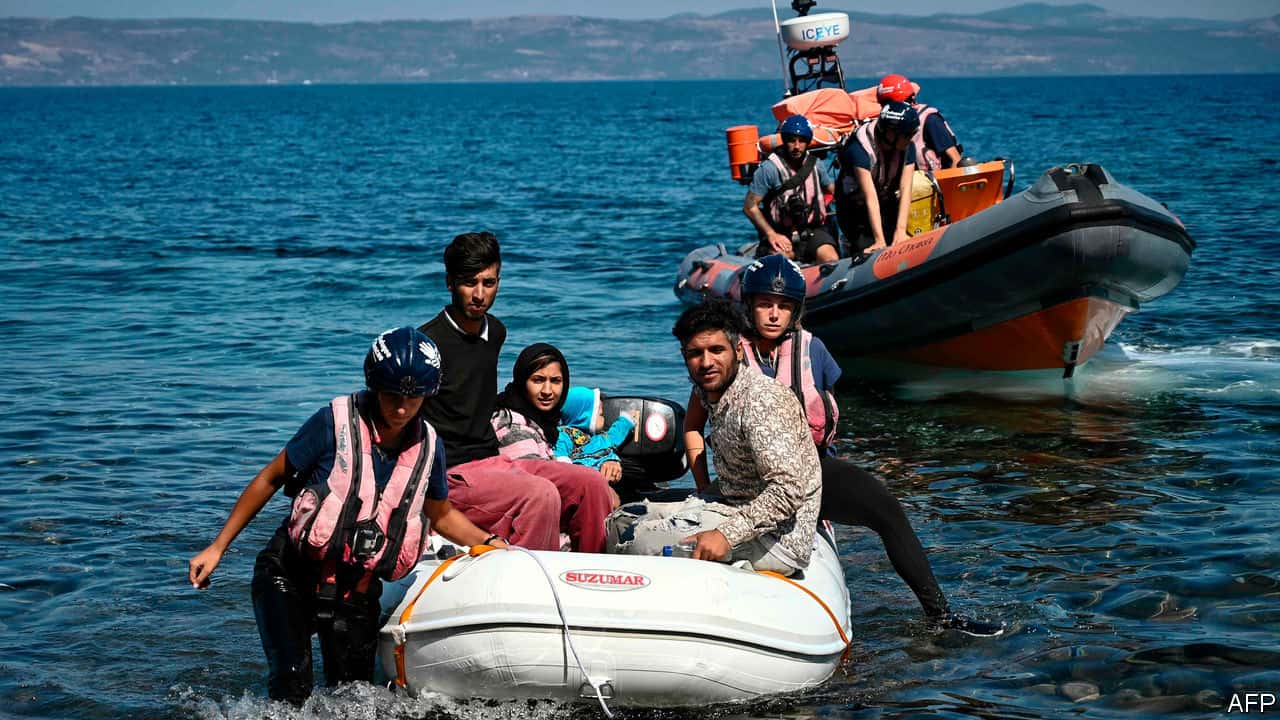 On Sunday, March 15, Maltese soldiers wearing protective clothing to guard against Coronavirus contamination rescued 112 North African migrants, including women and children, from an inflatable boat. All passengers were subject to medical check-ups upon landing and being shuttled to a reception center, Reuters reports.

The sea rescue NGO AlarmPhone has accused Malta of ignoring the migrants’ distress call for 18 hours before eventually going to their aid. The migrants reportedly spent 48 hours at sea and ran out of fuel and began losing air after around 30 hours at sea.

“The extreme delay in the rescue of 112 people on March 14th by the Armed Forces of Malta is one new escalation, although we experience the delay in rescue since months,” an AlarmPhone spokesperson told Arabia Policy.

“The European border agency Frontex, MRCC Rome as well as RCC Malta were all aware of this boat in distress and colluded with the Libyan authorities to enter Maltese SAR and intercept the migrant boat,” a press release by the organization said.

Allegedly, on March 14, AlarmPhone received a distress call from 49 people trying to flee Libya after their boat engine had failed and the vessel started taking on water.

AlarmPhone informed RCC Malta of the distress call, and RCC Malta confirmed they had sent patrol boats to assist the boat of 49 people, as well as the rubber boat with 112 people that was eventually rescued by Maltese authorities on March 15.

AlarmPhone was unable to make any further contact with the 49-passenger boat on March 14 but received calls from passengers and their relatives on March 15. The passengers claimed they had been returned to Libya, by a Libyan vessel, and “imprisoned and battered” upon their return.

“In the afternoon, we were called by the people who were on the boat, and they testified that before the push-back occurred they saw a helicopter circling above them,” said an AlarmPhone statement.

“About 30 minutes later, according to their testimonies, a vessel of the so-called Libyan coastguard arrived on scene,” the statement continued.

“The people stated that the Libyan officers behaved brutally toward them, beating them repeatedly.”

Malta has seen a surge in migrant arrivals in 2020 as the conflicts in Libya and Syria rage on. The majority of migrants disembarking at Malta are of Sudanese, Eritrean, or Nigerian origin but have transited through Libya.

The UNHCR reports that “the number of sea arrivals to Malta at the start of 2020 was relatively high for this time of the year, with 989 people being disembarked in Malta between 1 January to 29 February.”

Italy also saw a rise in sea arrivals earlier in 2020 but only 43 arrivals have been recorded in March as coronavirus grips the country.

AlarmPhone told Arabia Policy that COVID-19 could be used as a pretext to “to shut down the contested topic sea-rescue in the Central Mediterranean completely.”

“For this reason, constant reporting of the situation of refugees in the externalized border regions as Libya is now even more important,” a spokesperson stressed.