The GNA Health Minister announced the first case as fighting continues in the country’s capital. 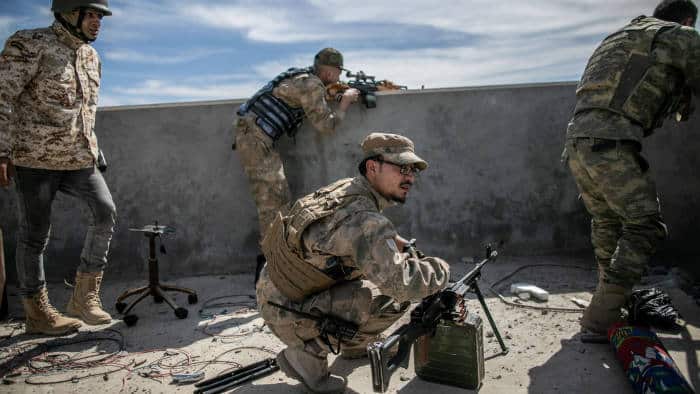 On Tuesday, March 24, a game-changer in the form of a text alert from the Libyan National Center for Disease Control hit the ongoing conflict. The center had detected Libya’s first confirmed COVID-19 case.

The health minister for Libya’s Government of National Accord (GNA) must have known this moment would come, as he announced new quarantine sites the following day. To illustrate the lack of control he and his government have over the country, explosions could be heard in the distance as opposition forces continued to bombard the capital.

In a televised statement, the ministry announced that a 73-year-old Libyan-man returning from Saudi Arabia had tested positive for COVID-19 and is now receiving treatment in the capital, according to the Libya Herald.

The patient had a high temperature and has been experiencing respiratory issues. He is now in quarantine and being monitored by the National Centre for Disease Control.

After another night of heavy fighting over control of the country’s capital, global concerns over Libya’s civil war are escalating now that the presence of COVID-19 has been confirmed. Libya is ill-equipped to face the impacts of the pandemic, already bringing wealthy nations and global superpowers to their knees.

The continued violence is a grave disappointment after early indications that the call for a cease-fire was being considered by Libya’s warring factions.

On March 23,UN Secretary General Antonio Guterres had called for a global ceasefire, to focus on limiting the spread of COVID-19. With some indication that the Secretary-General’s appeal is being acknowledged in Yemen, desperate hope still existed for a temporary cessation of hostilities in Libya.

As Libyan medical staff prepared new quarantine sites and trained with recently imported laboratory equipment, airstrikes rattled the city. Meanwhile the Tripoli government’s forces were seen advancing on an airbase controlled by Khalifa Haftar’s forces. Considering the extensive use of mercenaries and the influence of a variety of nations, Libyans themselves hold little sway over the future of their country.

Desperate for assistance and COVID-19 expertise, the Libyan Health Ministry has pleaded with China to send Chinese medics to help limit the outbreak in the country. But, as violence continues, there is little hope to contain the pandemic within Libya’s borders as its porous borders and fragmented areas of control spell disaster for millions of Libyans, refugees, and combatants.