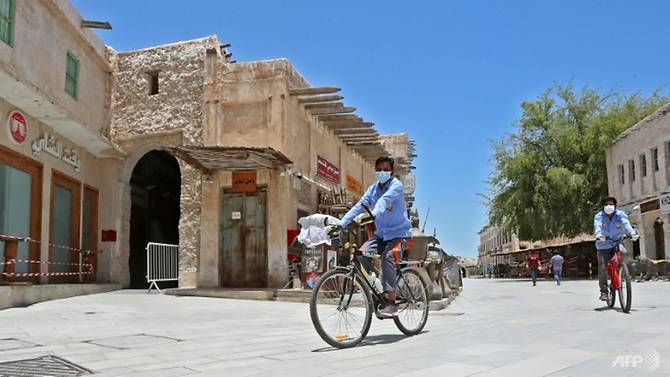 The Qatari government said the HRW report was “false” and asserts  only 12 cases of COVID-19 have been recorded at Doha’s Central Prison.

HRW reported on May 18 that prisoners were panicking about COVID-19 as a result of overcrowded, unsanitary conditions and a lack of information from prison authorities.

“The reported spread of Covid-19 in Qatar’s central jail could fast become a public health disaster,” he warned, adding that prison authorities also need to ensure ongoing access to medical care for all inmates.

HRW spoke to six foreign inmates at Doha’s Central Prison who all decried the cramped conditions, lack of bathroom facilities, and the prison authorities’ COVID-19 curbs. The prisoners said that fear was growing after guards informally advised them that five prisoners had tested positive for COVID-19 on May 2, and the outbreak had grown to 47 cases by May 6.

“Since then more prisoners, possibly many who are infected, have come to our block,” one prisoner told HRW. “We have beds for 96 people, and now we have around 150 prisoners in this block.”

Another reported that “people are sleeping on the floor, in the [prison] mosque, in the library; and everyone is scared of each other, we don’t know who could infect us. At a time when we should be isolated from each other, we are being kept like animals in a shed.”

The Qatar Government’s Communications Office denied those allegations, saying “the Human Rights Watch account is based on unfounded rumors and speculation.”

Only 12 prisoners had been infected at the Central Prison, the statement continued, adding that COVID-19 prisoners were only reintroduced to the jail “once fully recovered.”

“Those 12 patients were transferred immediately to a secure, purpose-built medical facility operated on-site by Hamad Medical Corporation where they have received, or continue to receive, first-class medical treatment,” the statement said.

The Emir of Qatar Tamim bin Hamad Al Thani pardoned  500 prisoners in April, but HRW deputy Middle East director Michael Page said that was not enough to reduce the risk to vulnerable prisoners in overcrowded jails.

Other prisoners HRW spoke to said they have limited access to hand sanitizer, soap and face masks, considered essential for preventing the spread of COVID-19.

“Yesterday the guards gave me two masks for the first time,” one prisoner told the human rights watchdog on May 8. “They said wear them, but no one is wearing them. Most prisoners just put them away and the guards don’t really care, they aren’t telling anyone to wear them.”

Qatar is in the midst of a relatively large COVID-19 outbreak with 35,606 confirmed cases, but the mortality rate remains low with 15 coronavirus deaths recorded to date. The country’s testing rate has also been high, with 166,182 tests carried out on the population of approximately 2.7 million.