How Universal Basic Income Can Save a Coronavirus-Infected Economy

An obvious and tested solution could provide relief to citizens and save capitalism itself. 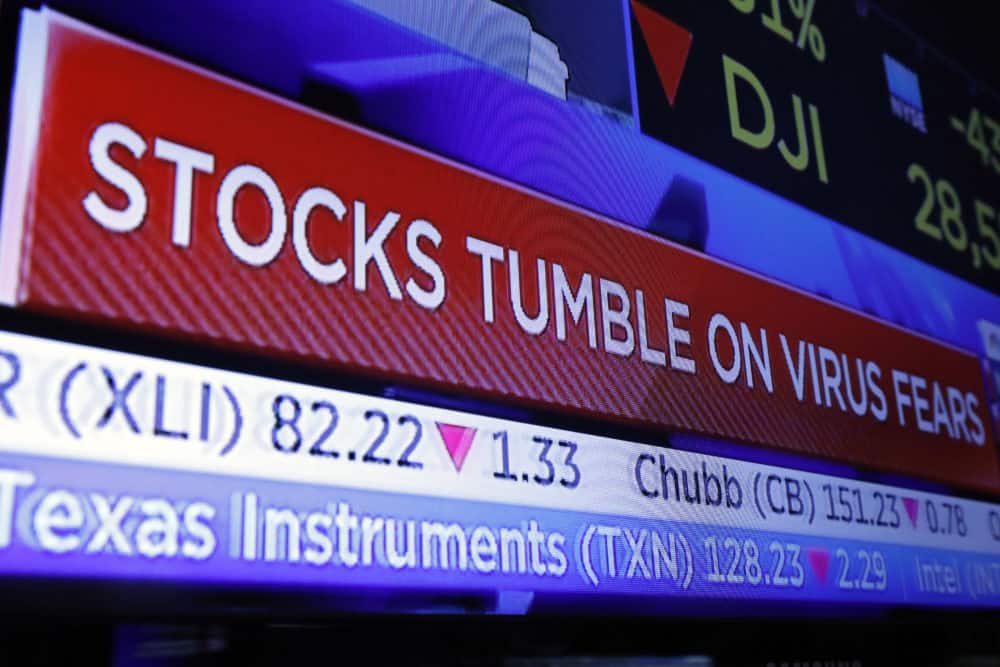 Economists around the world are watching in horror as the economic system that binds the world together wobbles and coughs. The economy has become ‘infected’ with the coronavirus, and as instructions on keeping ourselves safe become more obvious, what will happen to the economy confounds even the most seasoned expert.

Never in history has our economic system ground to a near-complete halt as it is now.

The first shocks are being felt as travel restrictions mean colossal losses in the airline industries, and oil and gas producing companies are feeling the pain as oil prices fall.

Now that many countries are implementing bans on restaurants, cafes, and cinemas, the second shock will be felt. Every country in the world has a significant portion of its population working in the hospitality sector, and as shops close, the incomes of people working in the sector dry up.

The third and most significant shock comes from the ripple effect of the second shock, combined with increased mandated business closures. Individuals losing their spending power results in businesses selling less, or temporarily closing down. Jobs are lost and the cycle spirals further out of control.

“What will happen to the economy?” It is a question that confounds many.

Without a wage, how can people spend? And without people spending, how can businesses recover? These are the questions that are keeping economists up at night, and led the New York Times to write “we’ll soon find out what happens once a mighty economic machine gets a microscopic, yet potent, virus in its gears.”

Luckily, it appears that there is a relatively simple solution to prevent this potential catastrophe from happening. It has been scientifically tested and was even part of a US presidential primary candidate’s platform. It is called UBI, and the only reason it is not mentioned more appears to stem from a genuine lack of imagination of many economists.

UBI stands for “Universal Basic Income,” and as the name suggests, it intends to provide anyone with sufficient income to survive. The concept is not new and has been touted by many public figures such as US presidential candidate Andrew Yang, who proposed a conditional version of UBI, and renowned economic thinker Rutger Bregman.

It might sound abstract, but in its essence, it means every citizen of a nation gets a monthly payout that covers rent and basic expenses including healthcare, food and water, and access to the internet and electricity. Every citizen would receive this Universal Basic Income, and with it, the gears of the economy grind on.

UBI was originally thought of in order to reign in some of the excesses of modern-day capitalism. People trapped in gig-economy jobs with little income and no job security would have a regular income whether they have work or not. People who cannot afford to go back to school could choose to study and improve their chances of getting a better job.

It would provide relief and support for the millions of people who struggle to pay their bills every month, which causes tremendous stress and even health-complications. Having a UBI would mean no one is too poor to visit a doctor, and no one has to worry about feeding and educating their children.

The reason why this concept has not been rubber-stamped and implemented years ago, is the source of the money needed to provide this service. Although not as expensive as you might think, a UBI for every citizen does mean a large amount of revenue will have to be distributed.

Paying for such a system would have to be done through increased taxes on companies making large profits, and the wealthiest 10% of the population would likely see a small increase in their tax rate.

Another source of revenue that is often proposed is a tax on stock market transactions. A minuscule tax on each stock, bond, or commodity traded could generate enormous amounts of revenue that could make UBI a reality.

Under normal conditions, solutions that increase taxes on multinationals and the rich are considered taboo. One of the proponents of UBI, Rutger Bregman, garnered global attention when at the World Economic Forum in 2019, he dared to suggest that increased taxes on the rich could well help solve many of the world’s issues.

“This is not rocket science,” he pointed out to the shocked billionaires in the room.

That was then, and the topic was about climate change, a much more abstract issue than the global economic system shivering as the impact of the coronavirus pandemic becomes clearer.

Now that the capitalist system that has allowed these people and businesses to be so successful is on the verge of an unprecedented slow-down, perhaps these parties will be more willing to make a sacrifice to support the common good, and save capitalism in the process.

Read also: Global Markets Are Crashing: Is a 2020 Recession at Hand?