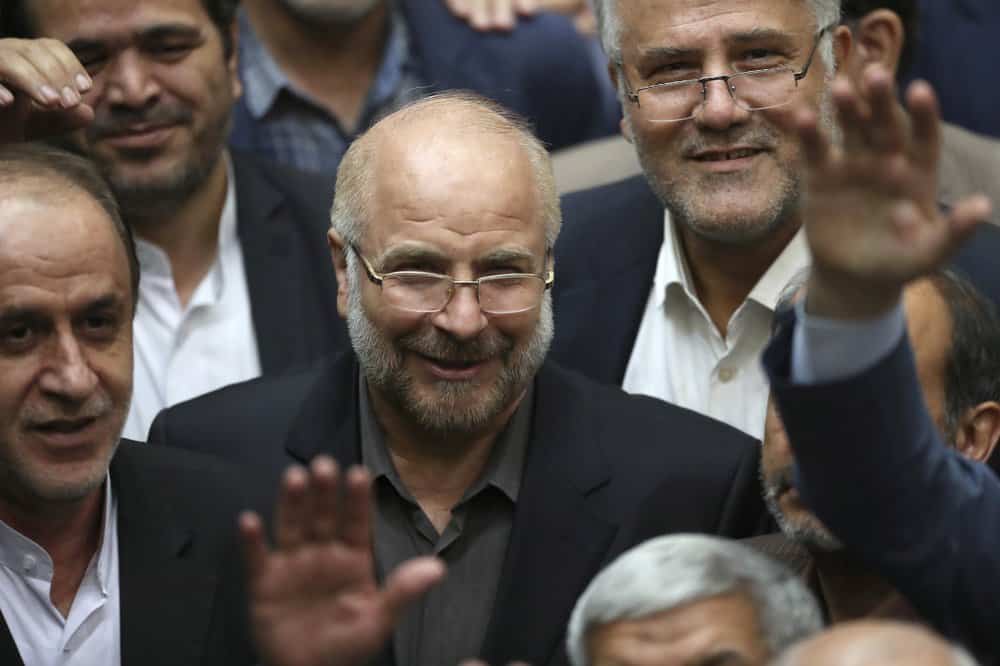 Iranian state news reports that the Iranian Parliament elected Mohammad Bagher Qalibaf speaker with 230 out of 264 votes today. Qalibaf is a former Revolutionary Guard general and national police chief who was implicated in violent crack-downs on protests in 1999, and 2003 involving live fire.

As speaker he will influence the Majlis’ (parliament) agenda and national political debate ‒although all parliamentary laws are subject to the ultimate approval of Khameini’s Guardian Council. The Majlis  also debates Iran’s national budget and can launch impeachment proceedings, something several newly elected MP’s have threatened President Rouhani with.

Qalibraf will also sit on Iran’s Supreme National Security Council, alongside Rouhani, where he could have real influence on the country’s defense, foreign, and nuclear policies crafted by the Council.

The hardliner is popular with Iran’s Supreme Leader Ayatollah Ali Khameini and his new role as speaker could help catapult him into another presidential election.

Qalibaf has unsuccessfully contested two presidential votes, and dropped out of the most recent one against moderate reformist Hassan Rouhani to avoid dividing the hardline vote. He rekindled his political career by running in the February 21 elections which were dominated by hardline and conservative candidates after the Guardian Council barred thousands of reformist candidates from running.

The 58-year old politician served as mayor of Tehran for over a decade, but his tenure was not without controversy with him and his wife implicated in corruption allegations. Nevertheless, his high profile in Tehran has enabled Qalibaf to pursue grander national political ambitions, and it remains to be seen if they will stop with the speakership or morph into another try for the Presidency in 2021.