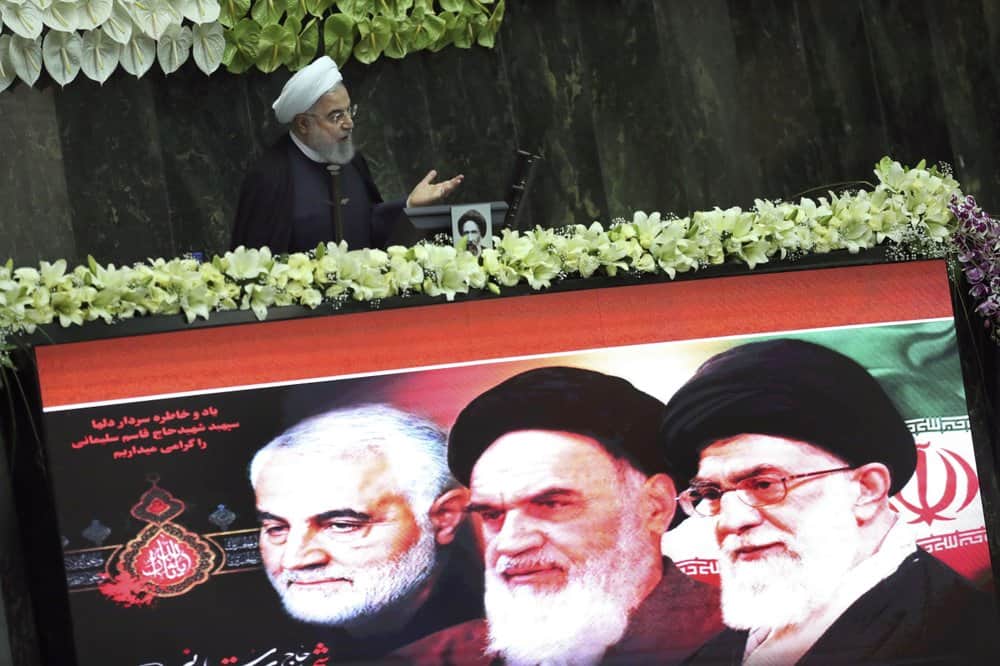 The 268-member-strong 11th Parliament gathered in Tehran for a swearing-in ceremony Wednesday. The newly elected members were subject to temperature tests before entering the chamber, and observed strict social distancing measures inside the Majlis (parliament) during the inauguration, Iranian media reported.

Iran’s February 21 elections, where voter turn-out was at its lowest since the 1979 Revolution, delivered a government packed with hardliners and conservatives faithful to Iran’s Supreme Leader, Ayatollah Ali Khamenei.

The parliament’s Interim Chair, Reza Taqavi, dubbed the new assembly the “Supreme Leader’s Majlis.” Although it has little influence on foreign or nuclear policy, the new Majlis could strengthen support for hardline candidates ahead of Iran’s 2021 presidential elections.

Several of the newly elected representatives are also threatening to cause trouble for President Hassan Rouhani’s moderate administration, prompting him to request the two branches of government to sign an accord. Several new members have threatened to impeach Rouhani, while others want him tried for mismanagement.

Next week the parliament will elect a new speaker to serve a one year term, but temporary chairman Taqavi promised the assembly “will neither play the role of an advocate for the administration, nor will it act as its enemy.” Taqavi and Mostafa Mirsalim, the oldest members of parliament, are both serving as interim chairs.

Official proceedings included a message from Khameini, read by his Chief of Staff, Mohammad Mohammadi Golpayegani that encouraged the Majlis to further Khamenei’s policy of “economic jihad,” and a speech by President Rouhani.

Despite being one of the countries worst affected by COVID-19, Rouhani told the new parliament, “we are among the countries that have been successful in their fight against this dangerous virus.” He also called for political cooperation, urging Iranians to “confront sanctions and the disease” together.

The Majlis elections coincided with the beginning of Iran’s deadly COVID-19 pandemic outbreak that has killed 7,500 and infected 139,500 people, according to official figures. The coronavirus crisis has placed further pressure on Iran’s economy, while the health system was already struggling under the weight of crippling US sanctions re-enforced in 2018 after President Donald Trump unilaterally pulled America out of the Iran nuclear deal.