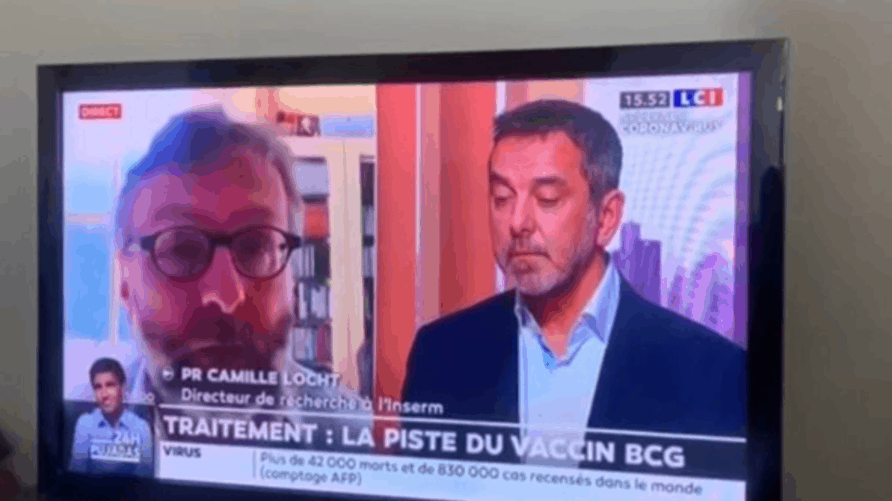 The Head of Intensive Care at Cochin Hospital in Paris, Jean-Paul Mira, and the Head of Research at the Inserm Health Research Group, Camille Locht, sparked a wave of international backlash when they suggested researchers should test a tuberculosis drug on novel coronavirus patients in West Africa.

The two French doctors told France’s LCI television channel that the Bacillus Calmette–Guerin (BCG) vaccine, currently used to prevent tuberculosis, could be effective in the fight against the novel coronavirus pandemic. However, the doctors met widespread criticism when they said the BCG’s efficacy could be tested in Africa.

“If I can be provocative, shouldn’t we be doing this study in Africa, where there are no masks, no treatments, no resuscitation?” Mira said.

“A bit like it is done elsewhere for some studies on AIDS. In prostitutes, we try things because we know that they are highly exposed and that they do not protect themselves,” Mira continued.

Lucht replied, “We will seriously think about it [piloting the vaccine in Africa], but this does not prevent us from parallel thinking, in carrying out this study in Europe and Australia.”

The comments received an angry response on social media, including from retired football players Samuel Eto’o and Didier Drogba.

“I would like to vividly denounce those demeaning, false and most of all deeply racist words,” Drogba tweeted.

Eto’o called the doctors “assassins,” saying “Africa is not your playground.”

Let us save ourselves from this crazy virus that is plummeting the world economy and ravaging populations health worldwide.
Do not take African people as human guinnea pigs! It’s absolutely disgusting…

The French National Institute of Health and Medical Research (INSERM) released a statement on their Twitter account, calling the footage “fake news” and claiming it was misinterpreted.

The African continent is currently at the beginning stages of the outbreak with 7,064 cases and only 290 confirmed deaths as of today, April 3. The World Health Organization warned African governments to prepare for a pandemic on the scale of the outbreaks in Europe and China.

The continent’s worst-hit country is South Africa, where 1,462 people have been infected, including five fatalities.