Osman Kavala’s hopes were dashed when, just hours after a court ordered the Turkish activist’s release, he was rearrested on fresh charges relating to the failed 2016 coup. 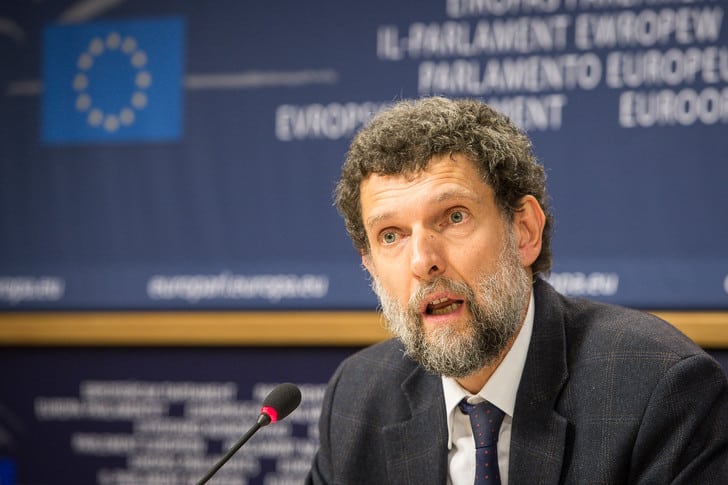 Osman Kavala and eight other defendants in the so-called “Gezi Park Trial” were acquitted of “attempting to overthrow the government or partially or wholly preventing its functions” (article 312 of Turkey’s criminal code) on February 18, 2020. The decision delighted and surprised supporters and momentarily renewed faith in the Turkish justice system.

A businessman and philanthropist, Kavala was arrested in 2017 on charges relating to his involvement in the 2013 Gezi Park Protests and 2016 failed coup attempt. At the time of writing, according to ‘Free Osman Kavala,’ he has spent 842 days behind bars.

The surprise verdict proved too good to be true. Reports from Turkish state-media outlet Anadolu Agency said Kavala only briefly left the maximum-security Silivri prison before being taken back into custody. The whipsaw move from Istanbul’s chief prosecutor saw Kavala detained on new charges of “attempting to overthrow the constitutional order,” stemming from his alleged involvement in the failed July 15, 2016 coup, which Kavala denies.

“To have been granted release after almost two-and-a-half years behind bars only to have the door to freedom so callously slammed in his face is a devastating blow for Osman Kavala, his family and all who stand for justice in Turkey,” said Milena Buyum Amnesty International’s Turkey Campaigner.

Just five hours earlier, Amnesty heralded the Gezi Park judgment as “a touchstone for Turkish justice,” saying: “We hope it signals a shift in the political climate in the country and brings to an end these politically motivated prosecutions.”

Alas, it appears that the opposite is true and there is no clear end in sight to the Erdogan government’s dogged pursuit of political opponents.

Kavala’s supporters argue he has become a target for the nationalistic and conservative AKP government because of his attempts to unite Turkey’s diverse and fractious society through the work of various non-governmental organizations like Anadolu Culture.

Kavala’s supporters rode a rollercoaster of emotions. On Twitter, fellow Turkish activists, friends and international followers first expressed their joy at his release, then their disbelief and despair over his re-arrest.

Outspoken Turkish journalist and author of “How to Lose a Country: the 7 steps from Democracy to Dictatorship,” Ece Temelkuran expressed her shock at Kavala’s incarceration on Twitter.

Only hours after rejoicing that “our friend is finally free,” Temelkuran echoed the sentiments of many when she commiserated, “it feels the nonsense to speak, to write when despair exceeds the threshold of endurance.”

“After being acquitted (sic) from all charges of #GeziCase yesterday, our friend #OsmanKavala was arrested again to be sent back to the prison where he had been kept unlawfully for almost three years,” she wrote.

The Gezi Park protests were the first major challenge to then-Prime Minister Erdogan and inspired an unprecedented wave of anti-government demonstrations across Turkey.

They began as a peaceful movement in May 2013 against government plans to turn Gezi Park, one of central Istanbul’s few green spaces, into a shopping mall. Environmental activists, local residents and Turkish civil society groups, occupation of the area prompted a forceful intervention from police.

Violence escalated and ensuing clashes resulted in the deaths of four civilians, two police officers and thousands being injured.

Gezi Park galvanized and united Turkish civil society, but, at the same time, marked the beginning of a harsh government crackdown that has continued since the 2016 coup attempt. Following the failed coup, thousands of supporters of alleged mastermind, American-based Turkish cleric Fethullah Gulen, were arrested and a state of emergency put in place. It was only lifted in 2018.

Since 2016, Human Rights Watch reports over 1500 foundations and associations have been shut down and almost 130 000 public sector workers were arbitrarily dismissed for their “alleged links to terrorist organizations”.

“Peaceful protest has been suppressed. Despite the end of emergency rule, critics of the government risk criminal charges and lengthy pretrial imprisonment. Over 100 journalists and media workers remain in prison,” Human Rights Watch said in December 2019.

Kavala’s detention has become symbolic of the massive government crackdown, drawing criticism from international human rights organizations. The European Court of Human Rights ruled against Turkey last December, and the Commission declared arrests and detentions like Kavala’s form part “of a broader pattern of escalating reprisals in Turkey against civil society activists and human rights defenders for their legitimate work.”

The December 12, 2019 judgment found Turkey, who is a longstanding member of the Council of Europe and signatory to European Convention on Human Rights, was in violation of Articles 5 (right to liberty and security, right to a speedy decision on the lawfulness of detention) and 18 (limitation on use of restrictions on rights) of the Convention. It called for the businessman and human-rights defender’s immediate release from prison.

Furthermore, the Court concluded that Kavala’s detention “pursued an ulterior purpose…namely that of reducing [him] to silence,” ruling that the charges he faced and the detention “were likely to have a dissuasive effect on the work of human rights defenders,” and a “chilling effect on civil society.”

The Court was also scathing in its criticism of the Istanbul Chief Prosecutors’ new detention order for Kavala. In a statement on the development, Spokesman Peter Stano said “the lack of credible grounds to re-arrest Osman Kavala and to continue his detention pending different charges, further damages the credibility of Turkey’s judiciary.”

In another concerning development for Turkey’s beleaguered justice system and symptom of Erdogan’s tightening grip, Anadolu Agency also reported: “a council of judges and prosecutors has launched an investigation into the members of the high criminal court which issued an acquittal decision on the nine defendants in the Gezi Park case.”

Hopes Kavala’s acquittal would be a turning point for Turkey’s justice system were clearly premature. His rearrest signals that anyone Erdogan sees as a threat will continue to be menaced by a politicized judiciary that has made a habit of indicting activists on trumped-up charges, keeping them in long pretrial detention, and handing down verdicts based on the flimsiest of evidence.