The European Court of Justice ruled that the countries broke EU law by failing to accept their allocation of migrants stipulated under a 2015 agreement. 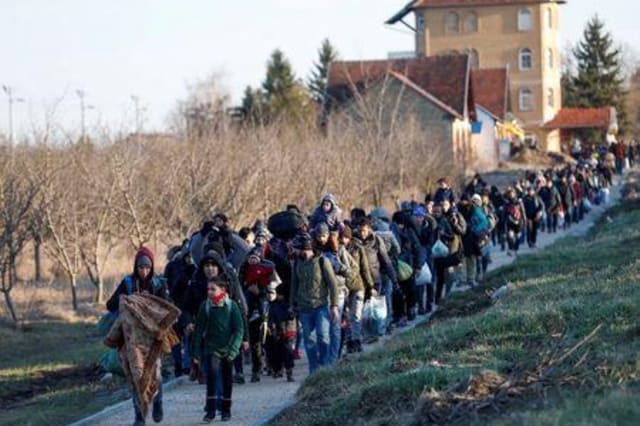 In a decision handed down on April 2, the Luxembourg-based European Court of Justice (ECJ) ruled that Poland, Hungary, and the Czech Republic broke European law by failing to take in their share of migrants.

“By refusing to comply with the temporary mechanism for the relocation of applicants for international protection, Poland, Hungary and the Czech Republic have failed to fulfill their obligations under European Union law,” the top EU court said.

The EJC ruling went on to state, “those Member States can rely neither on their responsibilities concerning the maintenance of law and order and the safeguarding of internal security, nor on the alleged malfunctioning of the relocation mechanism to avoid implementing that mechanism.”

Greece and Italy, on the frontlines of the migrant crisis, were quickly overwhelmed as thousands upon thousands of migrants came to their shores, primarily from the Middle East and North Africa.

Greece’s poorly equipped camps, where tens of thousands of migrants are still awaiting resettlement, re-entered the spotlight in 2020. A new influx of migrants arrived in the Mediterranean country after Turkey reopened its borders in late February.

In September 2015, a two-thirds majority of EU states voted in favor of a plan to redistribute migrants throughout member states, in order to relieve pressure on Greece and Italy. Hungary, Poland, and the Czech Republic, who were governed by nationalist, Eurosceptic governments at the time, were part of the minority that opposed the so-called “migrant quota.”

European law stipulated that of the more than one million migrants who entered the EU, 140,000 were to be mandatorily re-allocated from Italy and Greece, and another 40,000 were to be redistributed among member states on a voluntary basis. Member states can be fined for contravening EU laws, but the court chose not to pursue that option in this particular case.

From 2015 to 2017, member states could receive €6,000 per migrant they accepted through the “temporary relocation mechanism.”

The ECJ found that the Czech Republic had accepted just 12 of the 150 migrants it had agreed to take in. Meanwhile, the court said Poland did not accept any migrants and Hungary never even agreed on an allocation.

“We will continue to fight against the European mainstream, who still did not understand that supporting migration is not a good response to the problems of Europe,” Judit vowed in a Facebook post.

The right-wing Hungarian minister’s sentiments have been shared by many politicians and voters throughout the union since the migrant crisis broke out in 2015. A new wave of nationalism and populist politics washed over Europe in its wake, carrying with it the sentiment that fueled Brexit, the greatest challenge to the common market to date.