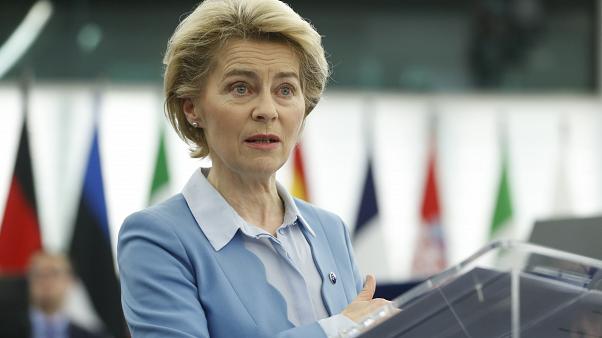 The European Union will introduce a temporary restriction on non-essential travel that will be in place for 30 days but “can be prolonged as necessary,” Von der Leyen stated after a discussion with G7 leaders.

“We need to do more to reduce huge pressure on our healthcare system,” Von der Leyen stressed.

“We know that everything that reduces social interaction also reduces the spread of the virus. The less travel, the more we can contain the virus,” the European Commission President added

2⃣Temporary restriction on non-essential travel to the EU (30 days) pic.twitter.com/9bda9MntF0

The statement came hours after French President Emmanuel Macron announced that starting at noon Tuesday, March 17, “all trips between non-European countries and the EU and the Schengen zone will be suspended for 30 days.”Von der Leyen stressed that “the flow of goods to the European Union must continue.”

Brussels announced on Sunday, March 15 that “green lanes” would be implemented on main roads to ensure medical and food supplies were given priority and could be transported freely.

There will be exemptions for EU citizens returning to the Schengen area, health care workers and scientists working on COVID-19, people who commute across borders, and goods transporters.

Under the post-Brexit transition agreement, UK citizens will also be exempt from the ban.

“UK citizens are European citizens,” explained Von der Leyen, and therefore “there are no restrictions for UK citizens to travel to the continent.”

“All persons, EU and non-EU nationals, who cross the external borders to enter the Schengen area are subject to systematic checks at border crossing points,” the guidelines state.

They also advise that “Member States have the possibility to refuse entry” but could use “alternative measures to a refusal of entry such as isolation or quarantine” if considered more effective.

The 30 day ban will apply to the entire Schengen Area, including 22 European Union members and Iceland, Norway, Switzerland, and Liechtenstein. Non-Schengen EU members and the UK have been strongly encouraged to implement the ban and new containment guidelines.

“I fully share the need for public policy measures restricting social interaction to slow down the spread of the Coronavirus, I urge member states to take their measures in full respect of the principles of proportionality and, above all, solidarity among EU Member States, non-discrimination and the applicable Schengen rules,” said a statement from Aguilar released on Monday evening, March 16.

“It is key that when taking measures no discrimination is made between EU citizens,” he emphasized.

Aguilar also reiterated Macron and Von der Leyen’s sentiments, reminding members that the challenge of COVID-19 can only be vanquished with a coordinated approach.