The worst storms in a quarter of a century lashed Egypt on Thursday and Friday, killing 20 people, causing widespread flooding and disruptions nationwide. 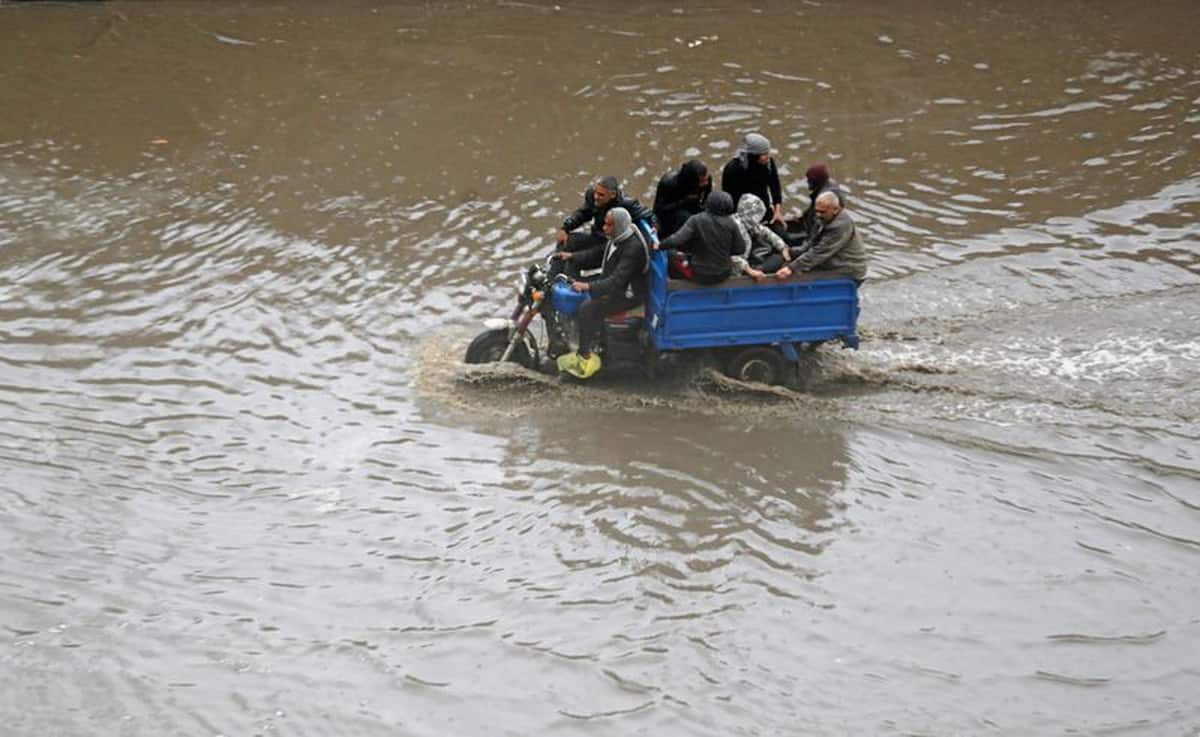 “Egypt has not experienced such weather conditions for nearly 35 or 40 years,” Prime Minister Mostafa Madbouly remarked.

Madbouly confirmed today the deaths of 20 people across the country due to the weather conditions, a sharp rise from the five deaths reported on Thursday.

The Egyptian government declared a state of extreme emergency and the Egyptian Meteorological Authority (EMA) predicts unstable conditions will continue until Saturday, March 14.

The EMA’s Director of Forecasting, Dr. Mahmoud Shaheen, said the weather conditions are the worst seen in Egypt since 1994.

Egyptians have been advised to stay home until the dangerous conditions subside, and the Prime Minister’s office declared Thursday a paid holiday for non-essential public servants, according to the Egyptian Gazette.

Poor rural areas and slums were worst affected. According to the latest reports, six children are amongst the victims of the freak weather, dying from either electrocution or house collapses.

On Thursday, a six-year-old child in Qena, Upper Egypt, died after a massive tree fell on their family’s home, injuring the mother and two brothers. A motorist in the rural southern province also died when high winds blew his car off the road and into a canal, AP News reported.

According to Egypt Today, the dangerous weather felled 31 trees, 16 electricity towers, a minaret, and caused the collapse of five houses.

Two men died of electrocution, one in the New Valley province and the other in Menoufeya. A 35-year old man was killed by falling rubble from a wall destroyed by high winds in Sohag province.

The Prime Minister has since urged pedestrians to stay away from lamp posts to avoid being shocked during storms.

The Ministry of Social Solidarity has called in rescue teams and opened aid centers to assist Egyptians through the natural disaster and support has also been made available by the Red Crescent.

Torrential rain caused significant flooding nationwide, which led to major road, rail, sea, and air transport disruptions. Train services were suspended across Egypt, and two trains collided near Cairo due to a signal error blamed on the bad weather. The train accident and a number of road collisions accounted for numerous storm-related injuries and casualties.

Luxor International Airport was temporarily closed, as was Cairo’s airspace and the ports of Alexandria, Sharm el-Sheikh, and Hurghada as the weather system whipped the usually calm seas into a frenzy. Nile cruises between the tourist hubs of Aswan and Luxor were also interrupted. Most services have since resumed normal operations.

The storms were also accompanied by rough sea conditions in the Mediterranean and the Red Sea, along with unseasonably cold weather and high winds in Cairo, Lower Egypt, and North and Central Sinai.

Meanwhile, social media was awash with images of flooded streets from Cairo to Dahab, painting a damning picture of how poorly equipped Egypt’s infrastructure is to handle intense weather conditions.

Heavy rain is a rare occurrence in Egypt but routinely upsets the country’s aging transport, drainage, and sanitation infrastructure. The website for the Egyptian government’s media and public relations agency, the State Information Service also appears to have been down since Thursday but it is unknown if the two events are linked.

The area of the capital known as ‘New Cairo’ was once again badly affected by torrential rain. Housing Minister Assem Al-Gazzar braved the bad weather to visit the area and oversee drainage and sanitation works in the suburb. The city’s sewage system was overcome by the intense rain, forcing Cairo’s Water Authority to suspended water services.